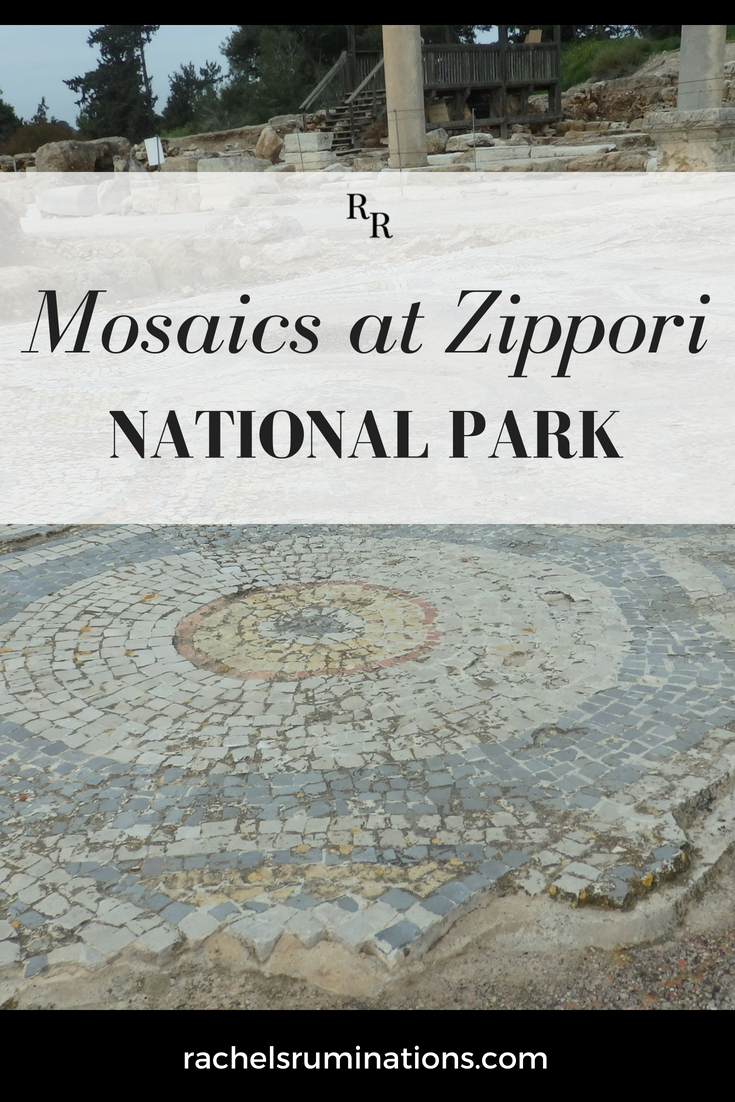 “Sixteen miles all around Zippori is a land flowing with milk and honey.”

This sentence from the Jerusalem Talmud (Bichurim 71d) opens the text given to visitors to Zippori National Park, north of Nazareth. On the spring day when I visited, I could believe it: carpets of wildflowers covered the rolling hills in all directions.

Zippori’s history extends back to the First Temple period, but it became an important city under Roman rule. After the Romans conquered the country in 63 BCE, Zippori became the capital of the Galilee. A rebellion against the Romans led to its destruction in 4 BCE, but it was rebuilt soon after.

Zippori (sometimes spelled as Sepphoris or Tzippori) was, for the most part, a Jewish city, with 18 synagogues, though archeologists have only excavated one so far. It’s important to Jewish scholars because many writers of the Talmud lived here in the first few centuries CE.

In the Byzantine period, when the Roman Empire became Christian, some Christians also lived in Zippori, building churches. Zippori was destroyed and soon rebuilt after an earthquake in 363 CE. It remained an important city for another three centuries, until it declined under Arab rule starting in the 7th century.

While clearly a lot more remains to be excavated, most of the lower part of the city and some of the upper buildings have been uncovered and can be viewed.

Zippori National Park’s information leaflet sets out a route that it estimates to take 3-4 hours. This seemed to me a fair estimate, if you visit all the sights and read the signs at each.

The streets of Zippori were laid out neatly with limestone blocks, and sections are still intact. I especially liked seeing the cart tracks visible in the pavement. Walking on the ancient stones, you can see the expanse of the ruins that have been excavated so far of the lower city, and only imagine what still remains to be discovered.

If the mosaics that have been uncovered are any indication, many of the buildings of this city must have had mosaic floors. In some places they are very simple and decorative, in public spaces or high-traffic areas like hallways. Often these show repeated geometrical patterns. In other places they’re more intricate and illustrate stories from Greco-Roman mythology.

If I had to choose one favorite mosaic, it would have to be the synagogue’s floor. A structure has been built around this ruin to protect the mosaic, which depicts various Jewish symbols and stories from the Bible.

On the other hand, some of the mosaics in the large building called the Nile House are pretty spectacular too. And so are the ones in the Dionysus House, which depict the life of Dionysus, the god of fertility and of wine. The scenes come complete with music, drinking, dancing and general mischief.

I already wrote my impressions of Susita National Park, also an important city in the Roman period. Susita was a highlight of my recent trip, largely because it felt like a discovery: an extensive ruin, unmarked and empty, on a breathtaking hilltop site. Like Zippori National Park, you can wander the ruins, including an intact Roman road, and imagine what the city was like when it still lived.

Zippori, on the other hand, is better known and more accessible. The big draw of Zippori, in particular, is the opportunity to see the detailed and relatively intact mosaics. If there are any at Susita, I didn’t see them.

Susita is harder to get to. It involves driving a very potholed road, parking along the edge, then hiking up a steep walking path. It only has one explanatory sign giving an overview of Susita’s history, and no labels on the individual buildings. On the other hand, it’s free, and you’re likely to have it to yourself.

Zippori has plenty of explanatory signs, so you’re unlikely to leave with any questions about what you’ve seen. It is easy to get to, with a proper parking lot, and costs NIS28, which right now is the equivalent of about 7 euros.

So which to visit? I preferred Susita for its off-the-beaten-track feel. Zippori, though, is intriguing too, and in a practical sense more accessible.

If you’re planning a trip to the Galilee, these articles might help:

Zippori is about a half hour by car north of Nazareth or an hour east from Tiberias on the Sea of Galilee, near the village of Tsipori. Buses between Haifa and Nazareth stop at Tsipori, which is about 3 kilometers from the park entrance.

Have you been to either Zippori or Susita? If so, what did you think? If not, which do you think you’d prefer? Please share this post on social media; the images below are formatted for Pinterest.