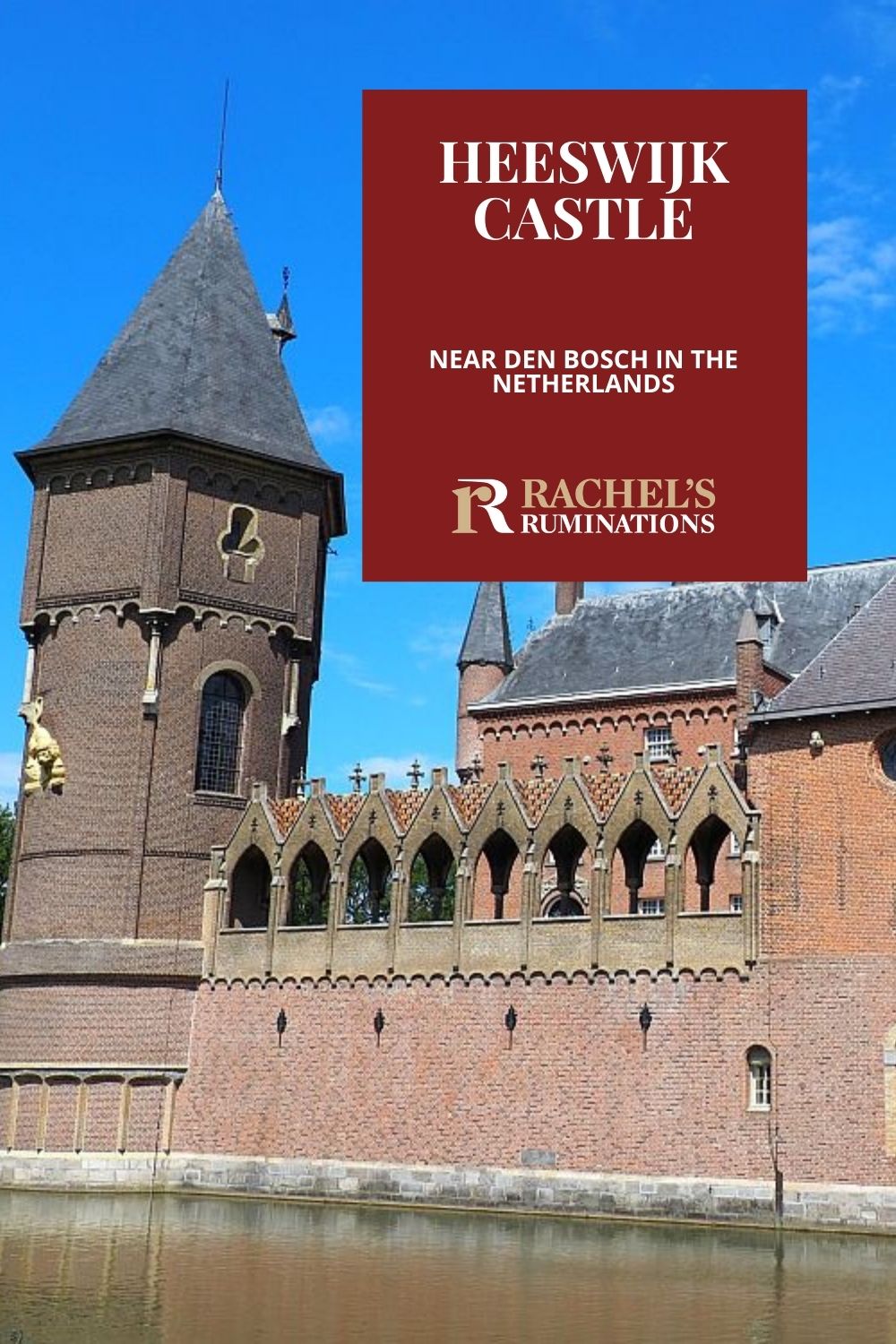 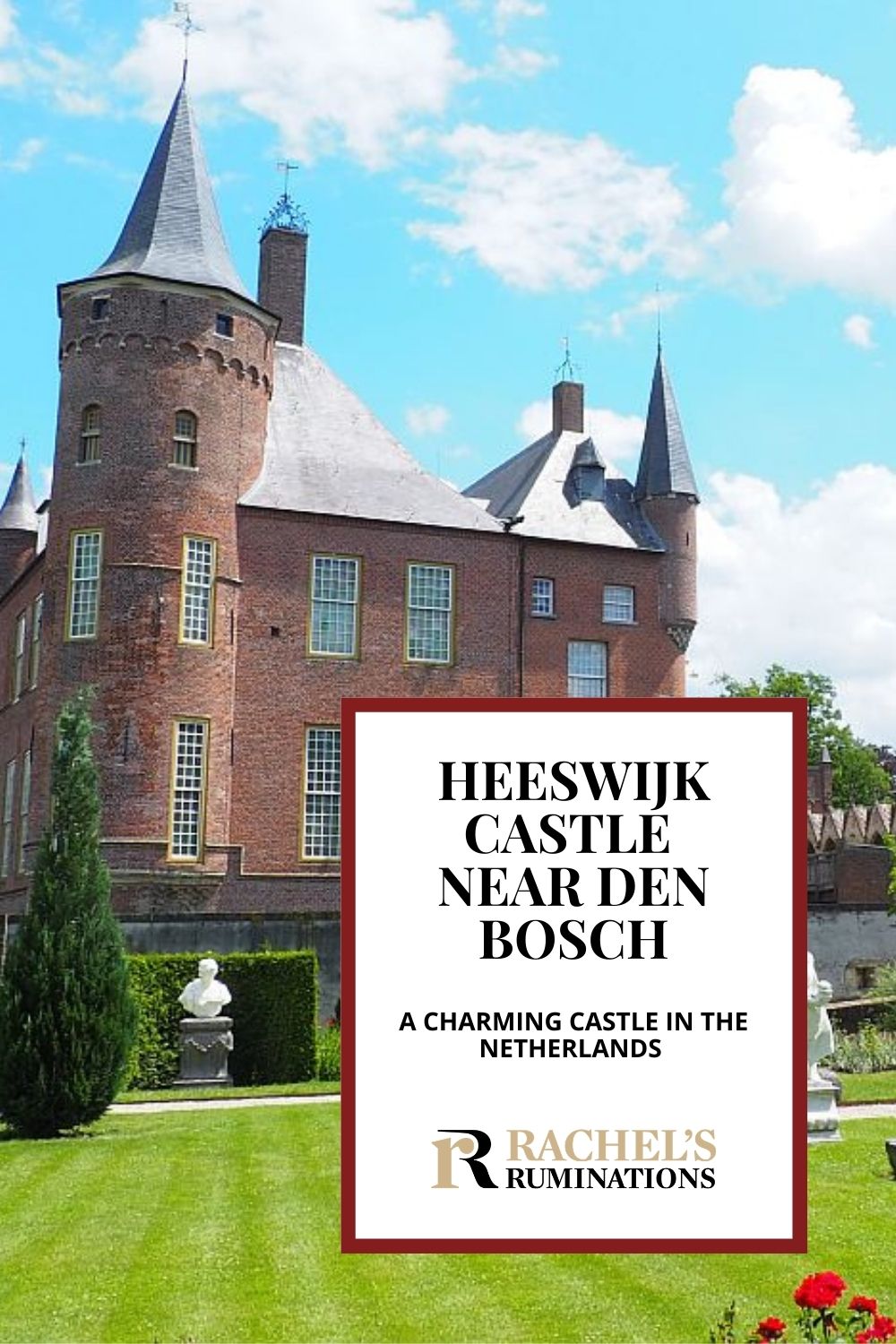 I’ve written about two contrasting castles in the Netherlands before: Muiderslot and Castle de Haar. Muiderslot is the archetypal medieval castle: square with towers in each corner and crenellated walls between them. Castle de Haar, on the other hand, is far more ornate. Meant to look medieval, only more so, it was actually built in the 19th century.

Disclosure: This article contains affiliate links. If you make a purchase through one of the links, I will receive a small commission. This will not affect your price.

Heeswijk Castle (Kasteel Heeswijk), not far from Den Bosch, falls somewhere between the two: it’s got more history to it than Kasteel de Haar, but projects less of the medieval atmosphere that Muiderslot provides.

A brief history of Heeswijk Castle

A defensive castle stood on this site from the 11th century but little remains of that or its 14th century replacement. On the bank of the Aa river, an important trade route, it stood in a strategic place because any armies moving east or west had to cross the river. It withstood a siege in the 14th century and again in the 16th century, both of which were unsuccessful.

Most of what now stands is from 15th (both defensive and residential) and 16th century (residential) renovations with gradual changes and additions in the following centuries. By the late 17th century it wasn’t as necessary for it to be a defensive castle, so renovations aimed at making it more livable. Louis the XIV, king of France, stayed here with his army when they were fighting the Dutch in 1672.

The castle passed through several families’ hands over the following centuries. Baron Andreas van den Bogaerde van Terbrugge, a Belgian, bought it in 1834 and launched into some extensive renovations. This was a period of romanticization of everything medieval, so he and his descendants added touches like a neogothic addition as well as a tower five stories tall.

Besides my article on Kasteel de Haar, read my piece on Balmoral Castle in Scotland, Queen Victoria’s version of this love of the medieval.

The Bogaerdes filled the castle with collections of artworks, porcelain, pottery, statures, wine, and pretty much anything else that could be collected.

In 1895, the owner, Alberic van den Bogaerde, died and left a very odd will. It stated that Heeswijk Castle must serve as a museum – a role it had had for a while – until 1963, when the youngest of his heirs would be 80 years old. (Who would do that to their own heirs?) Not surprisingly, the family contested the will.

They won – sort of. They gained the right to sell the contents of the castle, but not the castle itself. So they went ahead and sold it all off in a series of auctions, raising an enormous amount of cash. What’s left in the castle are the items they couldn’t sell.

The heirs were allowed to live in the gatehouse after World War II, but still not the castle itself. The last of the heirs created a foundation to maintain the castle after her death. It restored and renovated it to allow things like weddings and concerts to take place on the grounds. Today the inside is furnished to show life in the castle in the mid-19th century, when the Van den Bogaerde family lived there.

If you’re planning a visit to Heeswijk and Den Bosch, read my article about what to do in Den Bosch.

Even after so much of the contents were sold, the rooms of the castle still seem pretty full. It must have been ridiculously cluttered!

The most striking room is the “Chinese dining room” with its hand-painted Chinese silk curtains and wallpaper from 1800, its Murano glass chandelier, and the table set with Chinese porcelain.

The library looks cozy, as libraries tend to do.

The Blue Boudoir, which used to be the nursery, is interesting in that a number of personal items belonging to the family are on display. Above them is a window. Climbing a stairway off the room brings visitors to a tiny, low-ceilinged room on the other side of that window. Apparently the nanny would watch the children from there.

A grand bedroom is called the Tin Room because of the tin collection on display around the room. French King Louis the 14th slept in this room in 1672. Notice the wooden panels on the walls: no two panels are the same. The ceiling is stucco and dates to the 17th century. The mantel reminded me strongly of Castle de Haar, with its abundance of over-the-top statuary.

The White Room is particularly pretty, with its white and gold furnishings. The family china and silver are on display in the cabinets.

The bedroom of Jonker Louis is decorated in 17th century style, but what catches attention is the unusual ceiling, with 81 antique Chinese porcelain pieces embedded in it.

Of course, wealth like this needed lots of workers to support it, and the kitchen gives an idea of how that worked. Notice the window onto the kitchen from the stairway: this allowed the upper classes to keep an eye on the lower classes.

Like at Kasteel de Haar and Muiderslot, the formal garden is lovely and worth a slow stroll, allowing a range of views of the castle as well. A whole estate of lovely wooded paths encircles the castle, its moat and the gardens.

Get your tickets to Heeswijk Castle here!

Heeswijk Castle: Kanaaldijk Noord, Heeswijk- Dinther. Parking available. From ’s-Hertogenbosch (a.k.a. Den Bosch) Central Station, take bus 158 (Vegel via Heeswijk). The trip will take about a half hour. Open Tuesday-Sunday 10:00-17:00. Admission €11 for adults, €7 for children 4-12. Garden and ground floor are accessible with a wheelchair. Tickets.

To book your accommodation near Heeswijk or in Den Bosch, use the map below!