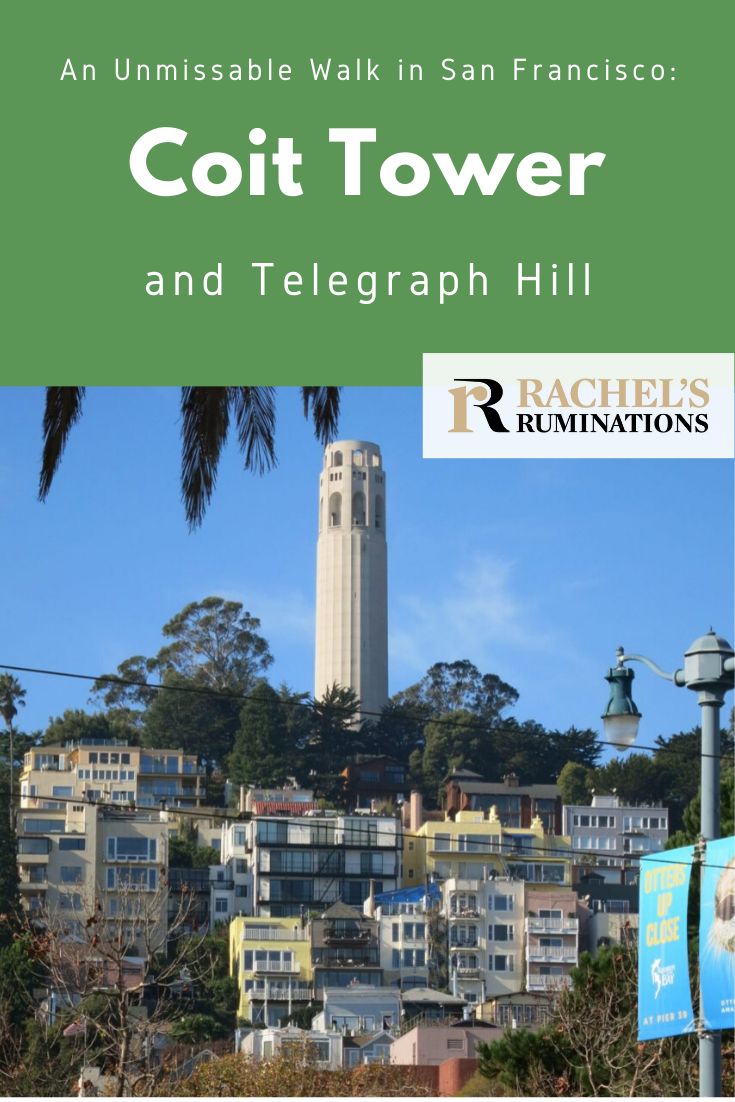 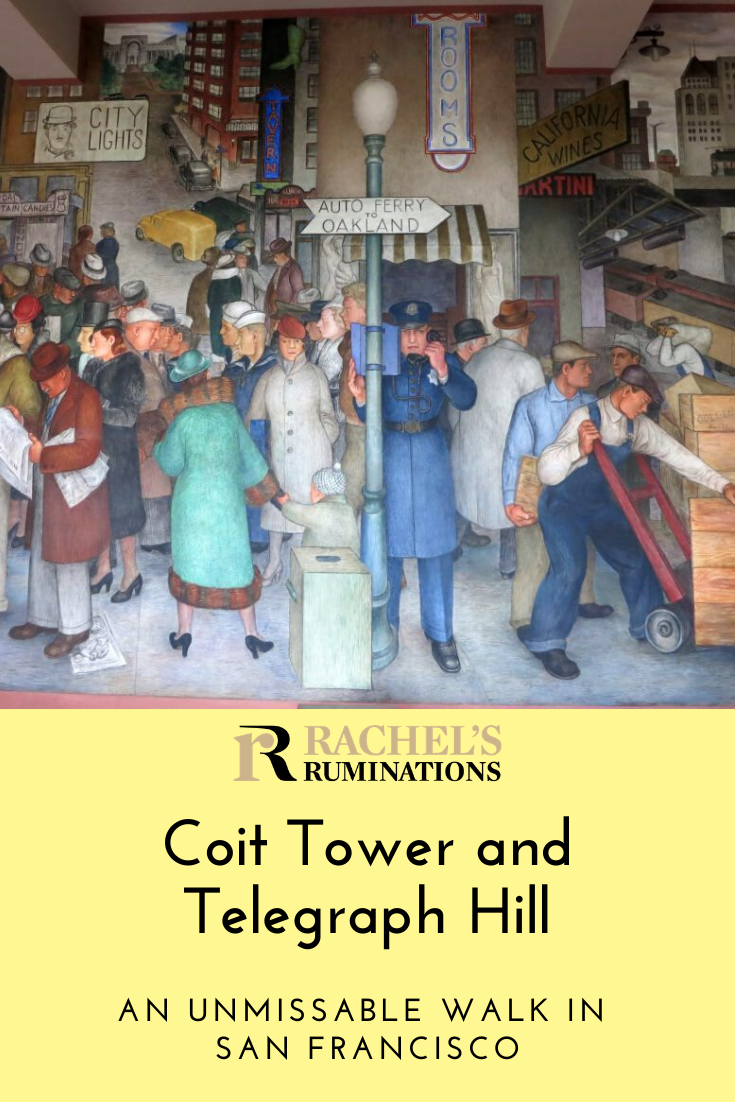 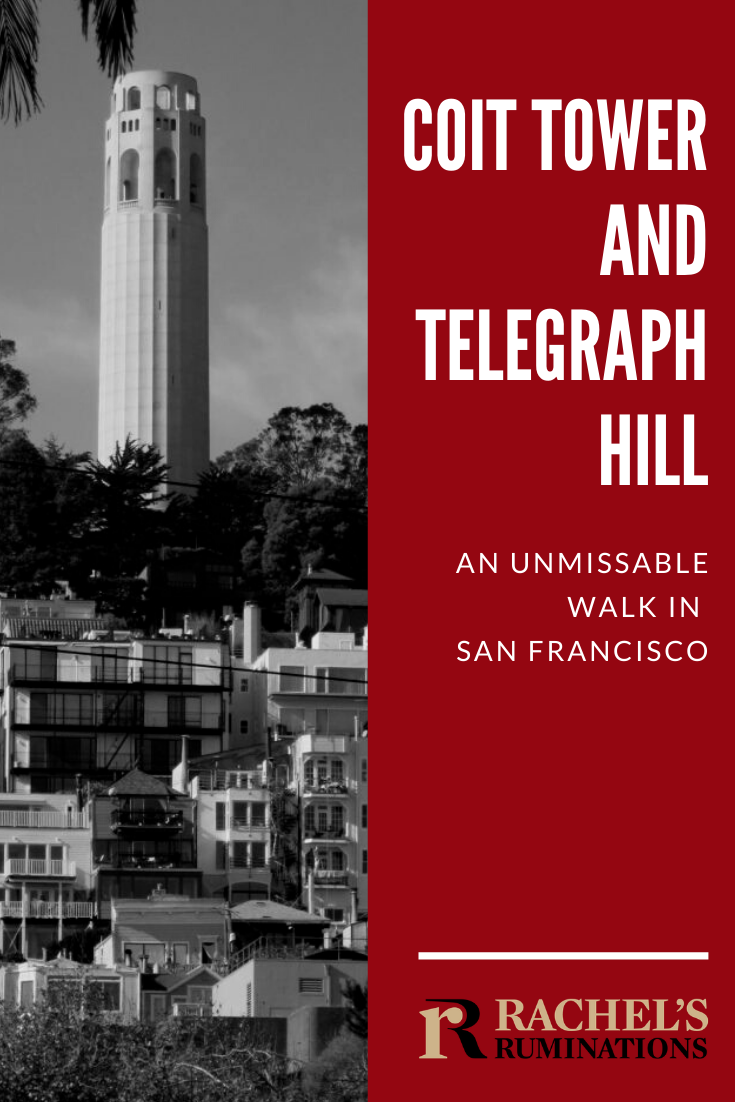 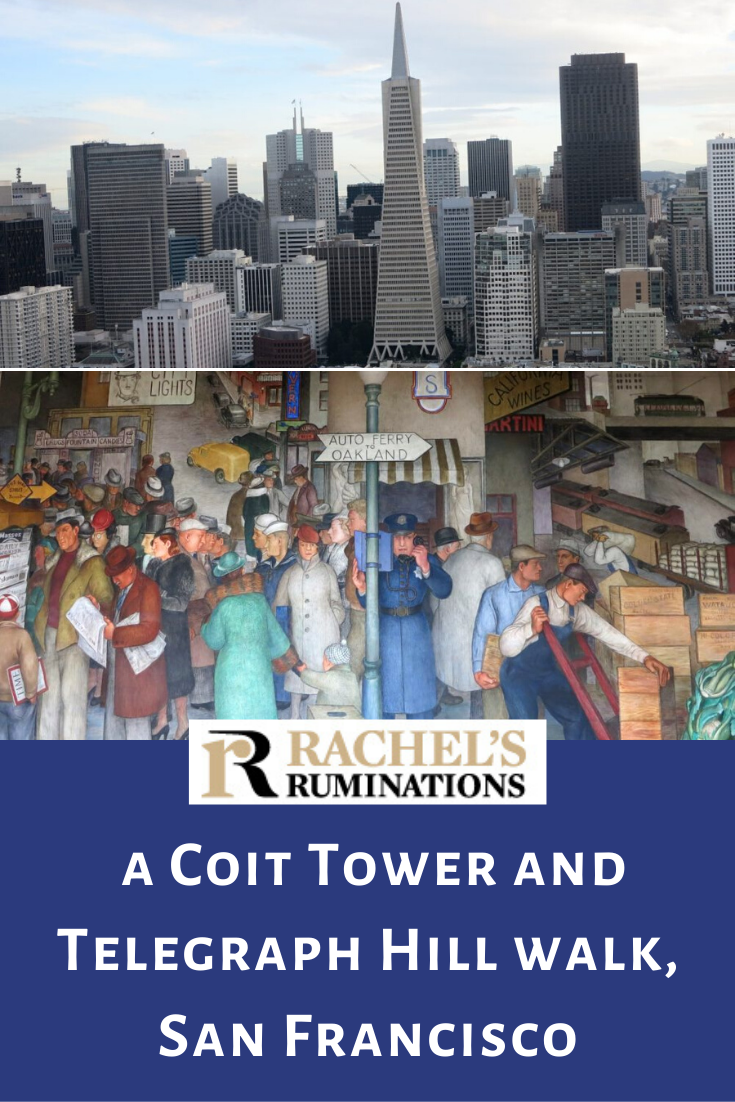 There’s so much to see in San Francisco, but there’s one thing I recommend to anyone visiting San Francisco: a walk up and down Telegraph Hill to see Coit Tower.

Back when I lived in San Francisco, when things got a bit much for me, or just when I needed some time for myself, I would take this walk, and it would always be enjoyable, meditative, calming. It was also good exercise.

Disclosure: This article contains affiliate links. If you click on one and spend money, I will receive a small commission.

Getting to Coit Tower

Telegraph Hill is the one with the big odd-looking tower on top of it: Coit Tower. You can see it from Fisherman’s Wharf and the Piers below. You might think it’s some sort of lighthouse or water tower on first glance, but it’s not. It was built just to be a tower. That’s how they roll in San Francisco.

Walking up there is tough if, like me, you’re normally not much of a walker. Start from Washington Square Park and just walk up hill. Take it slowly. Stop often and look at the views that appear between the houses. Admire the increasingly upscale homes.

Here are some other articles about San Francisco and vicinity that you might enjoy:

If you don’t want to huff and puff up the hill, by the way, you can catch the number 39 bus from Washington Square Park to Coit Tower and then spend your energy on the walk down.

Coit Tower inside and out

Coit Tower is two destinations rolled into one. One is, obviously, the view. Both from the base and the top ($8 for the elevator) you can see magnificent views in all directions: the downtown big-city skyline, the hilly residential areas, the bay, the Golden Gate Bridge, Alcatraz—everything is visible from up there if it’s a clear day.

The other is inside the tower, but on the ground floor. The walls were painted in 1934 by WPA artists with murals of life in California during the Great Depression. The murals have been restored and are free to view. Their typical 1930’s deco style with elements of socialist realism are definitely worth seeing, and it’s interesting to discover the Marxist messages expressed by them.

When you’ve finished seeing Coit Tower, ask someone where to find the Filbert Street steps, a huge flight of steps down to the Piers. Along the way, you’ll pass a lush garden that’s absolutely magical: Grace Marchant Garden. The Steps descend along the garden, and “streets” branch off of it. These streets are essentially wooden boardwalks, wide enough for two people to walk side by side, creating leafy corridors between the small cottage-like houses, many of which appear to be Victorian or Edwardian-era constructions.

Take your time. Admire the plants and houses, and the views you glimpse through the overgrowth. It’s a lush, green island in the middle of the city.

And speaking of lush, green islands, Telegraph Hill is also home to a flock of colorful parrots. Originally pets that were, intentionally or not, released, the flock has grown into a bit of a San Francisco institution. You’re likely, on this walk, to hear their raucous chirping at minimum, and you might spot them as well.

I took this walk just a couple of times a year when I lived there, usually alone, and always finished it tired and satisfied. Something about it charmed me and calmed me. I think it will do the same for you.

This three-hour walking tour starts at Coit Tower and focuses on the parrots as well as Telegraph Hill’s history.

This guided “urban hike” climbs up the Filbert Street steps, visiting the tower and then moving on to Lombard Street (“the crookedest street”) and North Beach.

Do you have any particular walks that are special to you? Add a comment below!