Space Invaders! Memories flooded back as I spotted the game. Pac-Man! Centipede! My visit to the Musée Mécanique and its collection of antique and vintage penny arcade machines struck a chord with me. 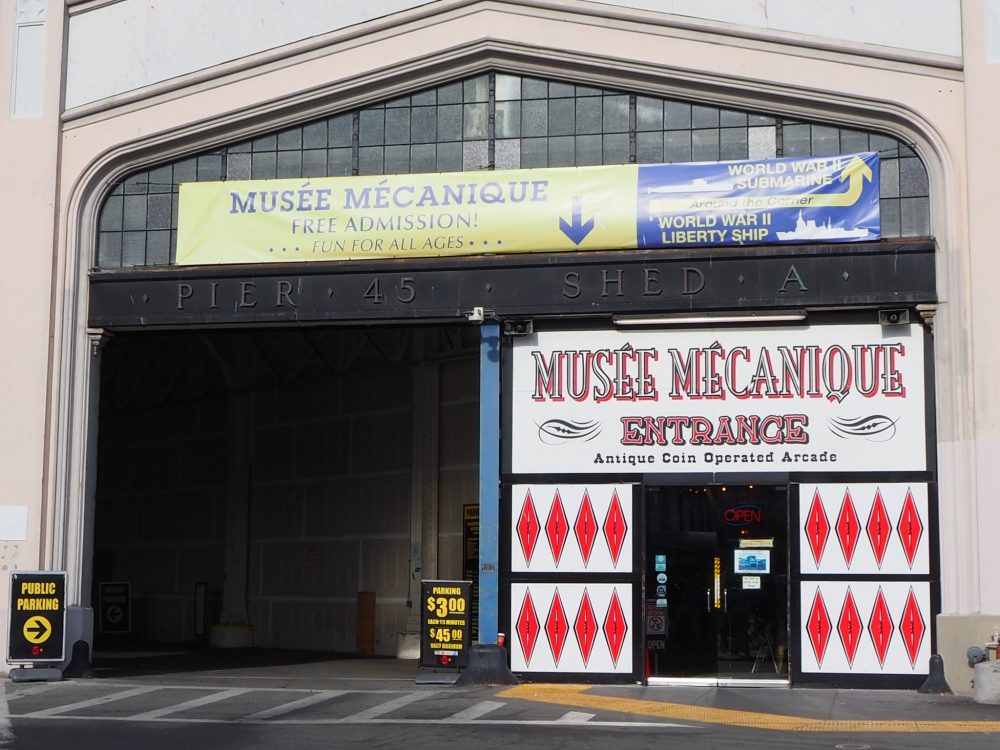 Streetside entrance to the Musée Mécanique in San Francisco

Anyone who grew up in the 70s will remember these games, fondly or otherwise. I only played occasionally, quitting when I lost quickly. At 25 cents a game, I couldn’t afford it in my college years. Some of my classmates, though, were serious players, trying to attain the coveted high score. They spent hours – and I dread to think how much money – down in the dorm’s basement game room.

I, on the other hand, regretted the gradual disappearance of pinball games. Pinball, to me, seemed more active, more real somehow, because a real ball was careening across the board, triggering bumpers, rebounding, trying to find its way past the flippers I controlled (not terribly skillfully).

Right on San Francisco’s Pier 45, next to the World War II submarine and Liberty Ship I wrote about last week, the Musée Mécanique is a penny arcade, not a museum as the name implies, though the pennies have become quarters. A large hall, it can be entered from the street or water side, without an entry fee. It’s crammed with machines, with narrow aisles between them. 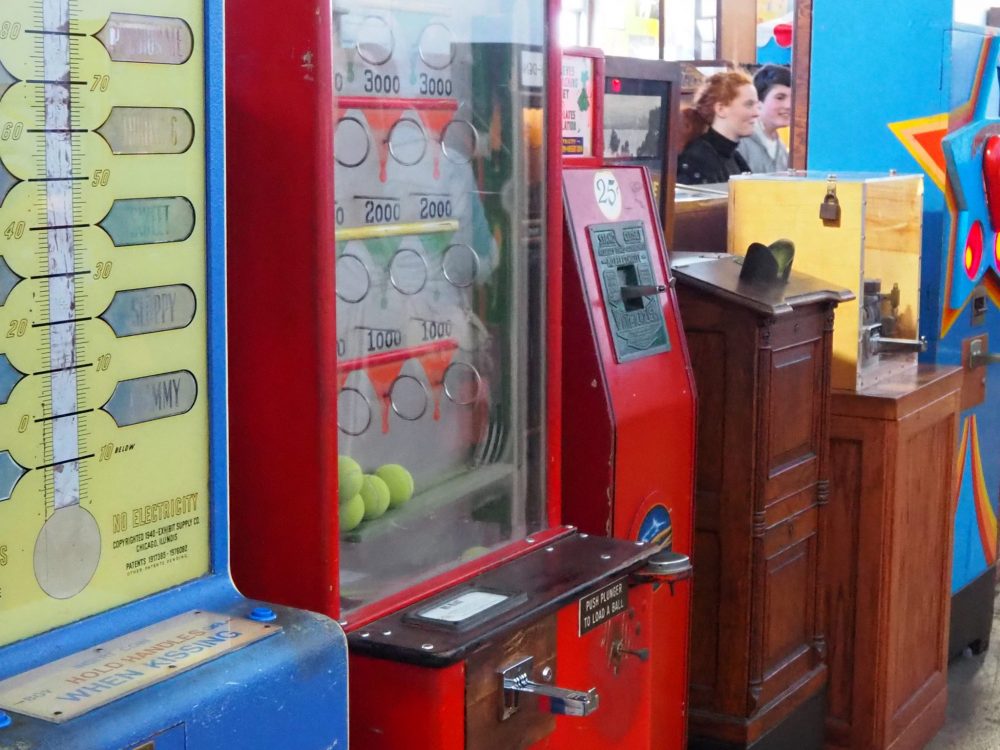 a row of various arcade machines, including the peepshow type.

What makes this arcade different, though, is that the games are all vintage or antique. Electronic arcade games like Space Invaders stand side by side with the pinball games they replaced. They, in turn, stand next to much older penny arcade machines going back to the turn of the 20th century.

I call them “machines” because many of them are not actually games. You drop in a coin – 25 or 50 cents these days, presumably anywhere from a penny to a dime in the past – and something happens. 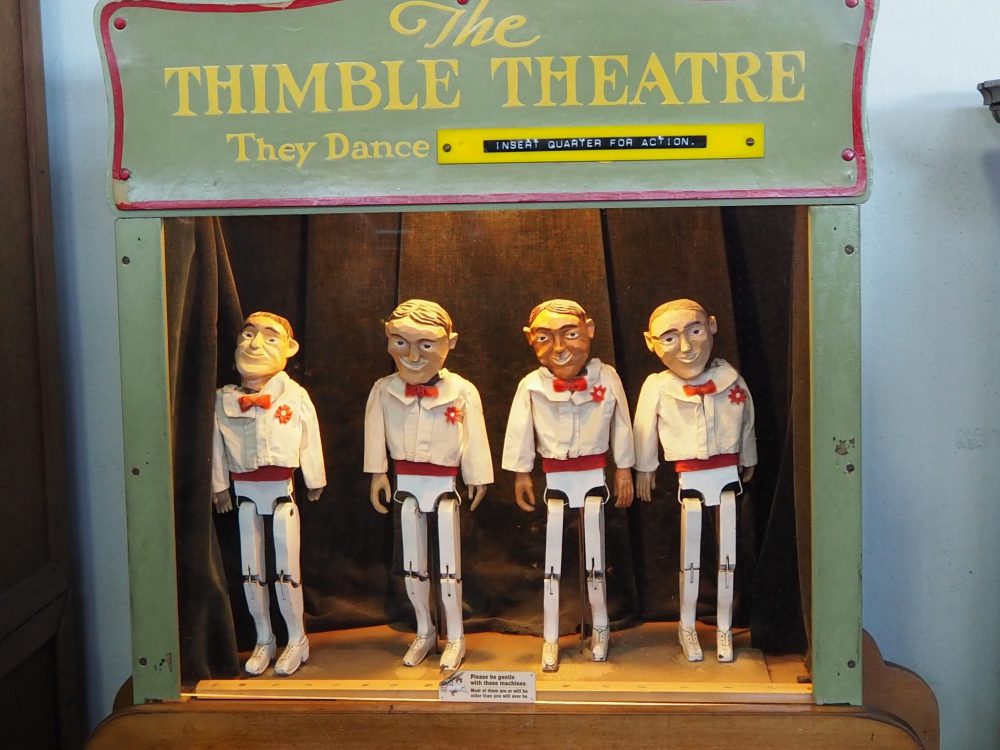 When you put your quarter into this, the figures shake at the hips, making their arms and legs jiggle about.

It’s the older arcade machines that drew my attention. These mostly consist of scenes of various sorts with small, doll-like puppets. The figures move, usually in simple, repetitive motions, once visitors drop a quarter in the slot.

My favorite of these is also the largest, depicting an entire carnival. I dropped 50 cents in the slot and the Ferris wheel and merry-go-round turned, the acrobat spun around a bar, the band in the bandstand played a tune, and so on. 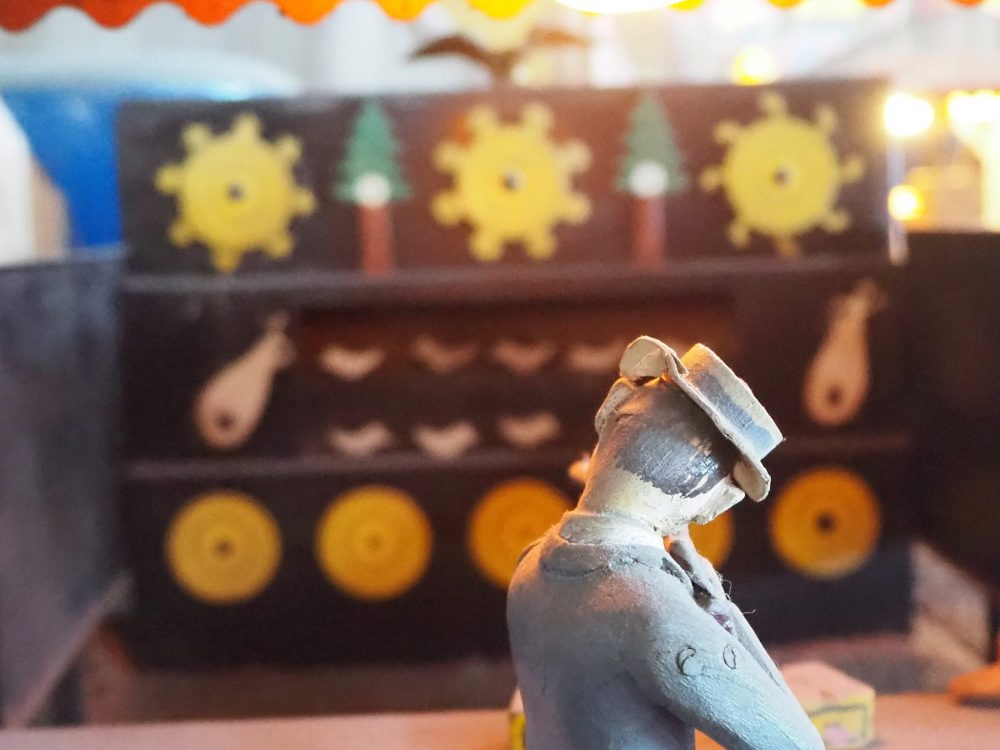 a detail from the carnival arcade machine

Some of the arcade machines have larger mechanized figures that struck me as creepy. You can see several of them by clicking through the slide show below: 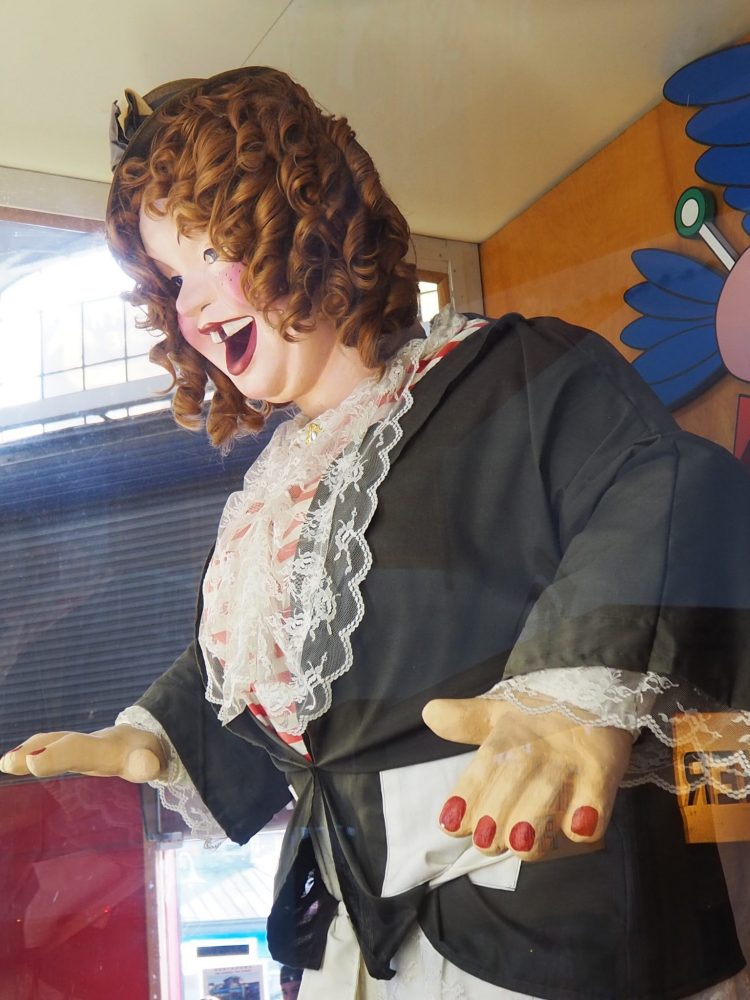 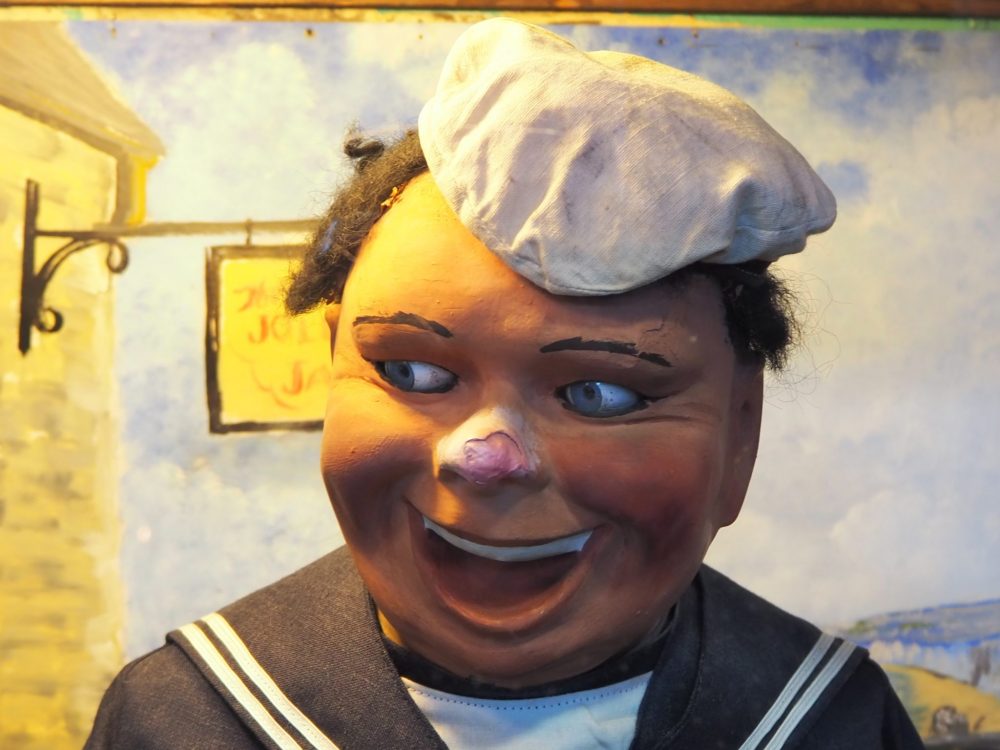 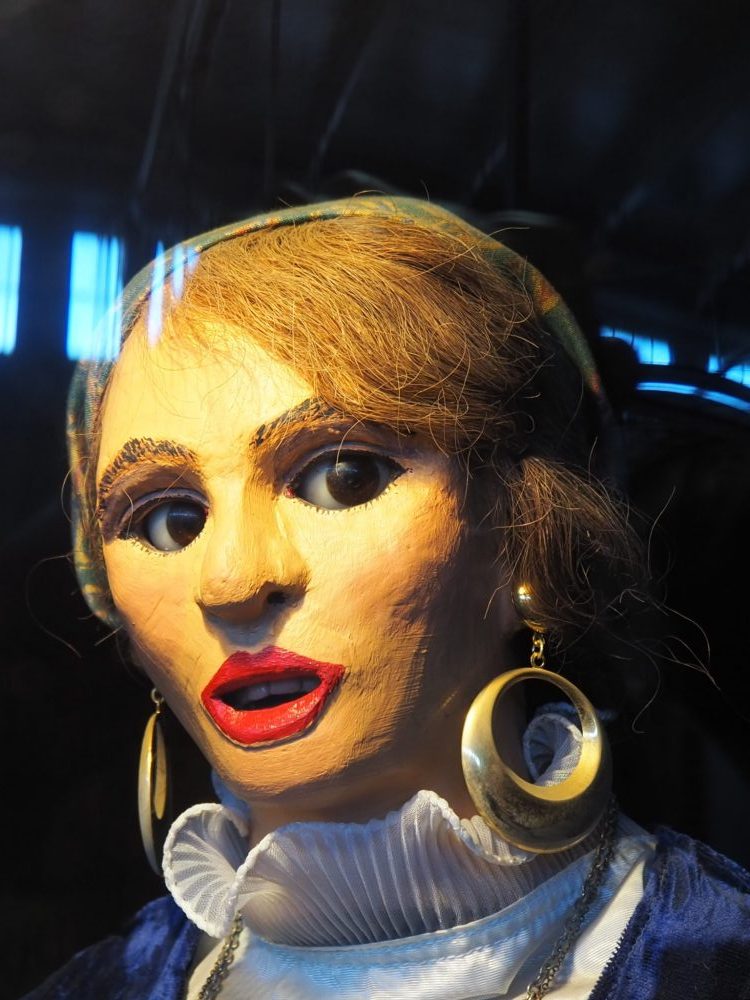 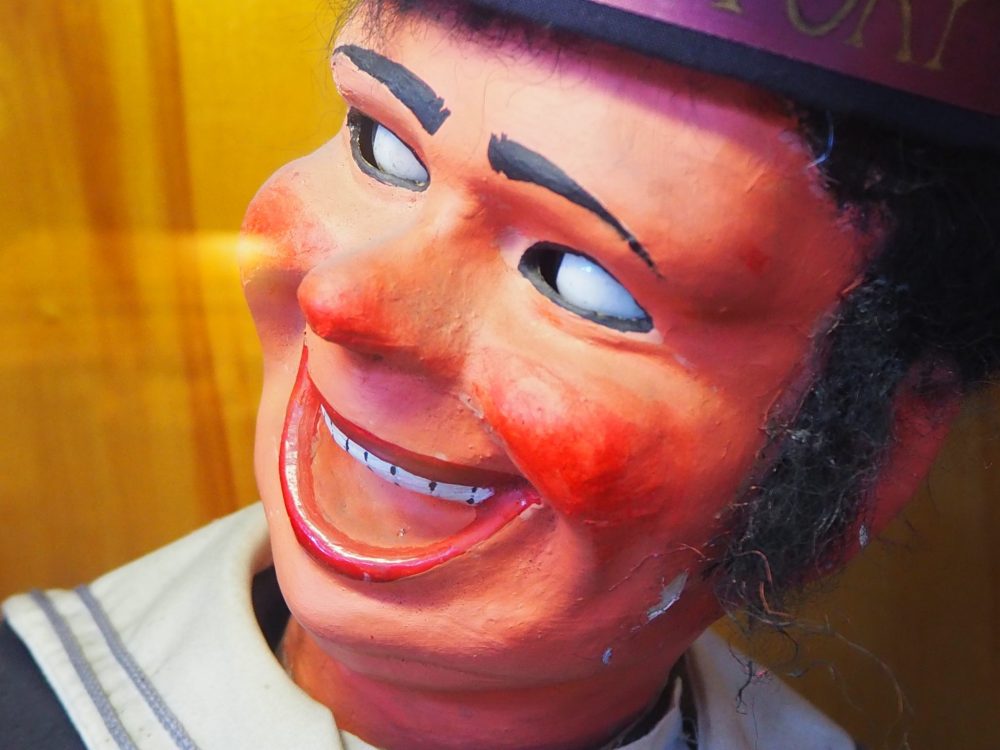 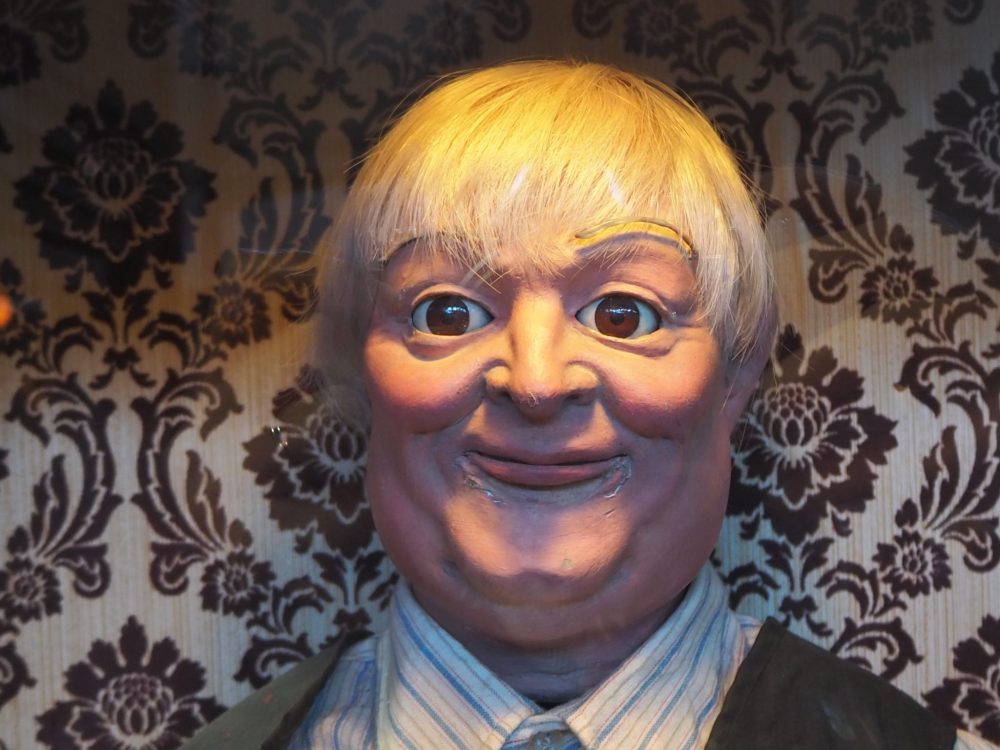 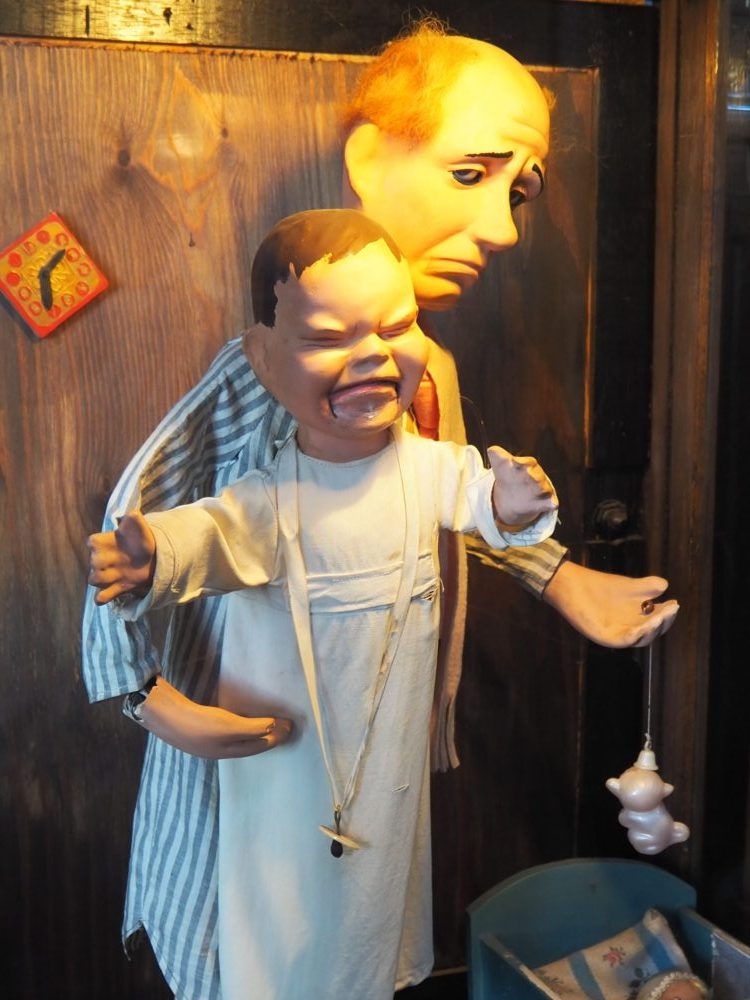 Several machines depict, of all things, executions: inserting a quarter sets the figures in motion in the midst of, for example, a hanging. A door opens, revealing a scene where a priest gives absolution. A hooded figure falls when a trapdoor under its feet falls open, and the door closes. Why this is entertaining? I’m not sure.

“If you are easily offended, do not play this machine,” a sign warns on a machine called “Song of the Prairie.” Four figures, dressed as cowboys, stand around a makeshift fire, a covered wagon behind them. How could this possibly be offensive? 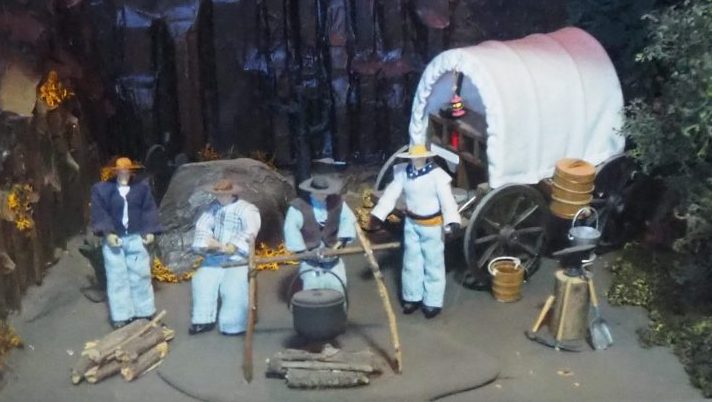 “Song of the Prairie”

Of course, I had to try it out. Dropping my quarter in, I was disappointed to see that the figures barely moved. The standing ones rotated a bit on their feet, while the sitting figures rose and dropped every so slightly. Gradually, despite the general noise of the arcade around us, it became clear what was going on: the figures were letting out a series of loud farts!

Many of the machines are early “moving pictures” or stereoscopic (3D) images. A form of peep show, you peer into a viewer and turn a crank on the side to see scenes. Several of these promise views of the devastation of the 1906 earthquake in San Francisco. 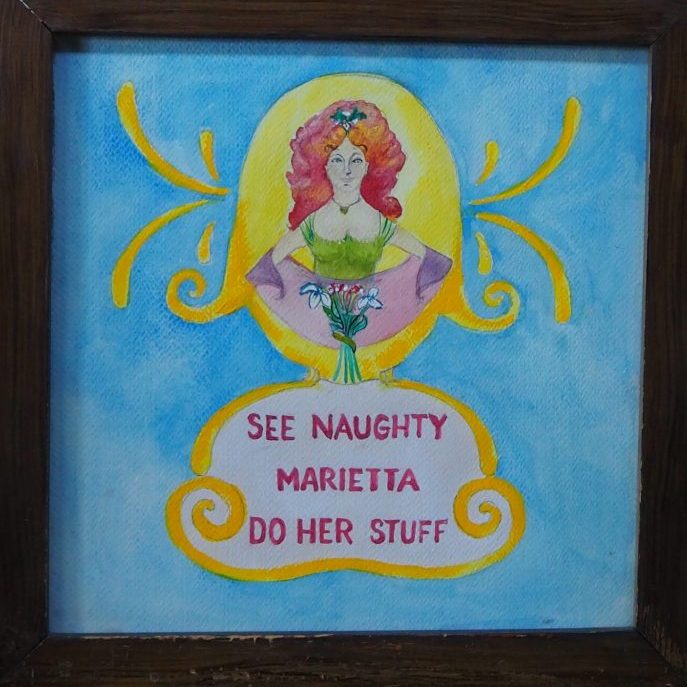 One of the presumably pornographic peep shows

Some machines are games of strength or “Kiss-o-meters.” Some tell fortunes – “An Answer from the Beyond: Egyptian Mummy Ramasees [sic] the Great will Answer Your Question” – or read palms, or make various other wild promises.

Mixed in with the rest, you’ll find antique music boxes, racing games, skee ball, and pretty much any other kind of arcade machine you can think of. The sheer number of machines means you could spend a lot of time here, as well as a lot of money. Most of them cost either 25 or 50 cents, and change machines make it easy to spend more than you might intend. Nevertheless, it’s a fun way to spend some time, bring back some memories, or create some new ones for kids or grandkids.

If you want to watch the video summary of this post, including the hanging execution arcade machine, here it is: 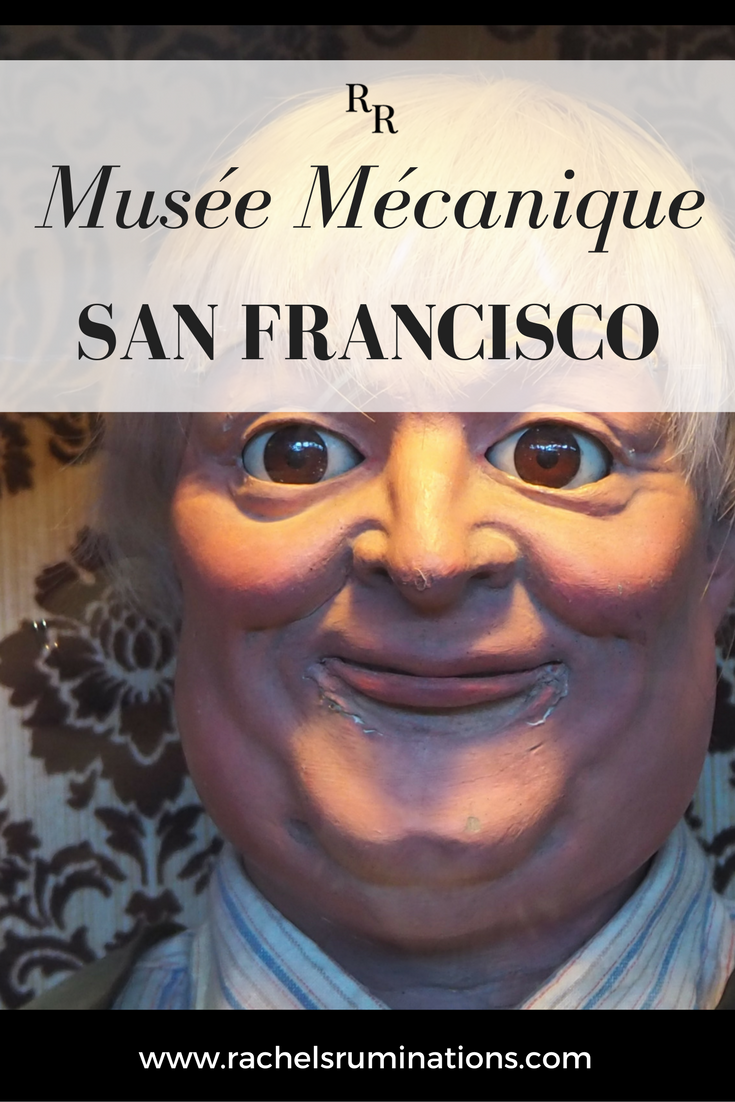 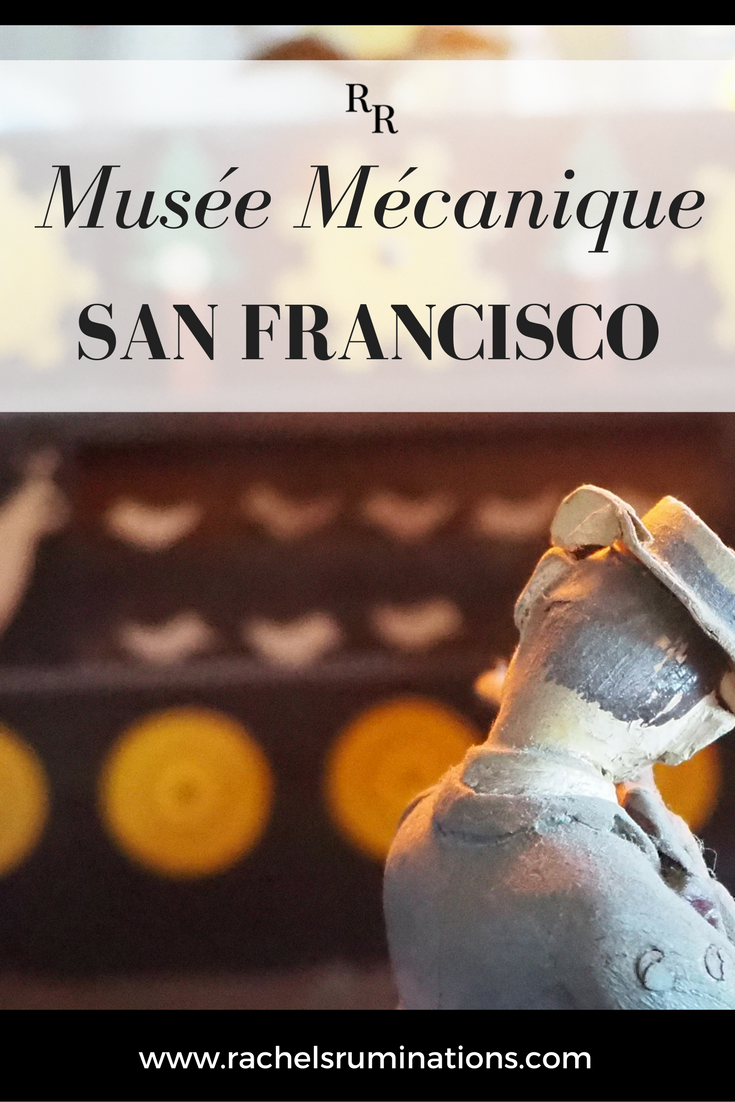 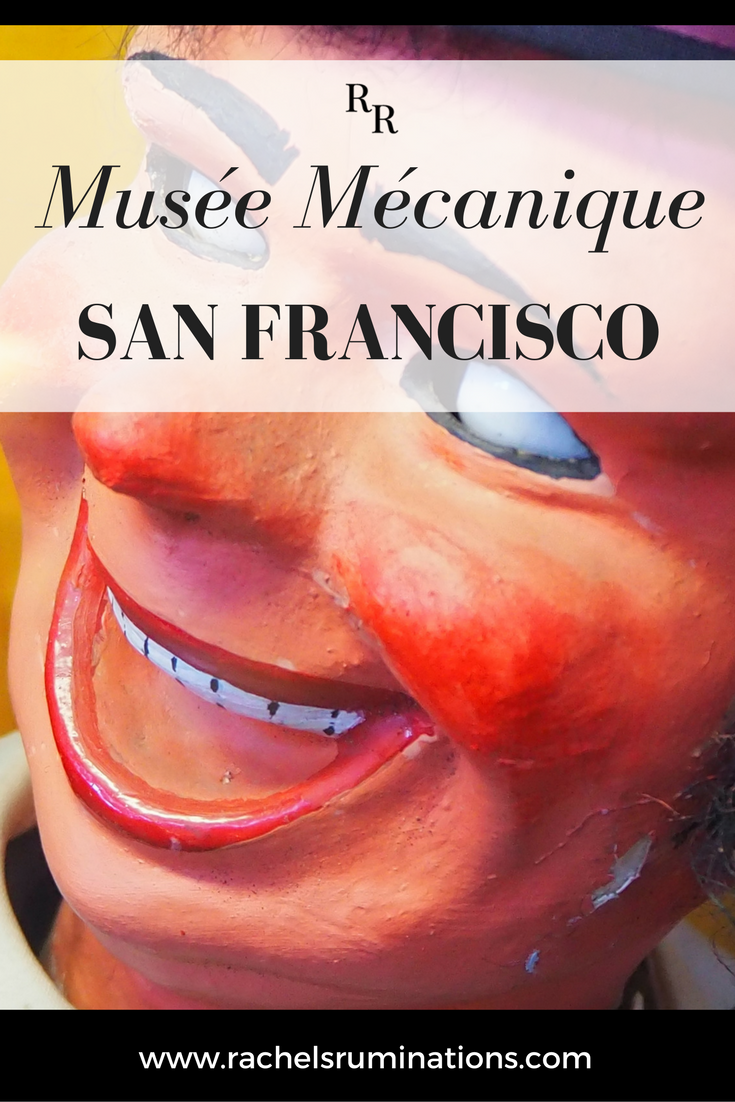