Back in the 1990’s, I lived in San Francisco’s Haight-Ashbury neighborhood, the birthplace of the hippie movement and the epicenter of the Summer of Love.

When my daughter was born in 1992, I decided not to go back to work right away. Paying for childcare would have cost much of my take-home pay, so it just didn’t seem worth it. So for a few years I was a stay-at-home mom.

The problem with this was that I found it stultifyingly boring. Don’t get me wrong—I loved my beautiful little girl. It was just that kids that young aren’t exactly stimulating conversationalists.

So I started a small business at home. I had been studying geography at San Francisco State University until the fees went up too much, and had done a lot of research on my neighborhood, the Haight-Ashbury. So I decided to create a walking tour and market it to tourists.

After a slow start while I worked on publicizing it, my “Flower Power Haight-Ashbury Walking Tour” was moderately successful. By the time we moved away, it was making money, but that was largely because there was so little overhead involved. It didn’t earn enough to live on, but it brought in a little extra cash.

When we moved, I sold the tour to a local inn owner, and the tours have been going on ever since.

Recently, my daughter and I took the tour, still led by the guide I hired for the times I couldn’t do it myself: Stannous Flouride, a local artist and well-known denizen of the Haight.

Stan hasn’t changed a bit since I knew him, even down to the shorts he wears year-round. He welcomed us warmly and worked us into his spiel as well. He has an encyclopedic knowledge of the area, especially its hippie period. 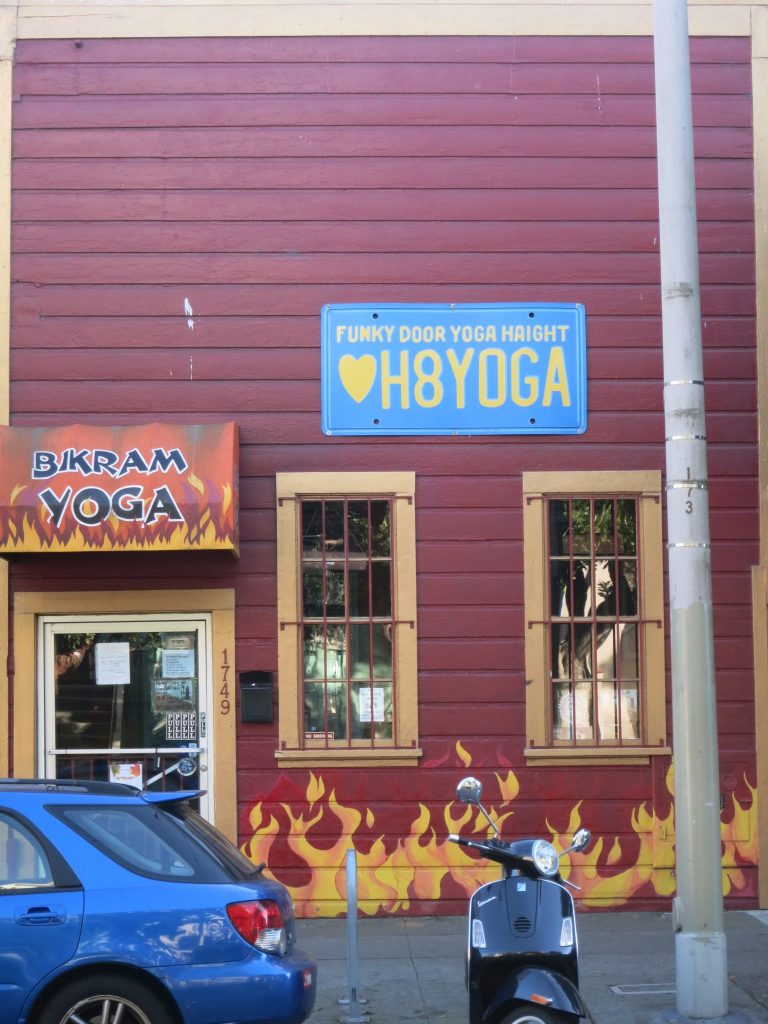 Hearing my stories, my history, with more of his own mixed in, was a strange experience for me. This tour was my baby. I wrote it and planned it and delivered it myself.

I was the expert back then in everything about the history of that neighborhood. I even wrote a local history column for a neighborhood paper, now defunct. 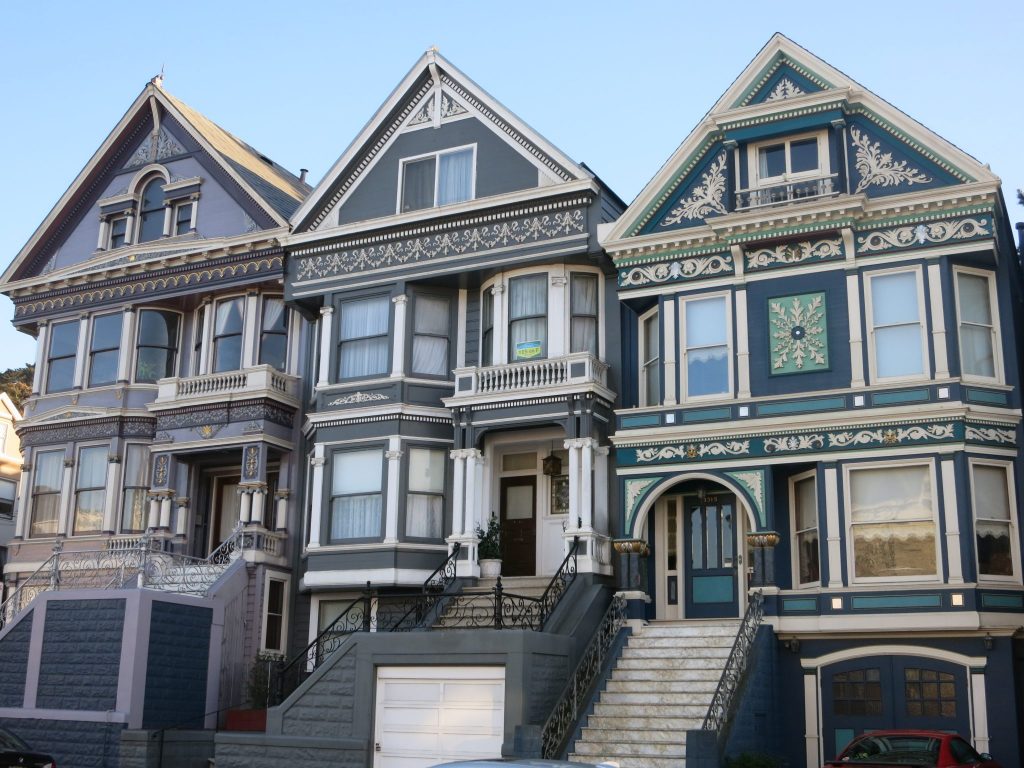 Yet I remembered very little of it. As soon as he said each point, it came back to me, but just as a distant reminder: “Oh, yeah, I’ve heard that before.”

You hear people remark “That was another lifetime.” That is exactly what it felt like. In a past life I was a stay-at-home mom with a charming little girl with big eyes and a walking tour business to give my brain something to do. I don’t feel much connection to that life, except a certain nostalgia.

In this life, I still have the same husband, but I’m a writer and a teacher on sabbatical. I’m the mother of a charming young adult who still has those big eyes, as well as a tall, rather silent but sweet teenager.

I’ve moved on, yet this vestige of my past life is still there, still going on without me. It’s strangely gratifying.

And the Haight-Ashbury neighborhood hasn’t changed a bit: the tie-dye is still there, in all its old glory, along with the tattoo places and head shops and all the other various alternative businesses. Grubby young kids with tattoos and piercings still wander the streets, alongside the homeless people—who look a lot like the kids, except perhaps a bit grubbier—and the tourists, who are mostly somewhat better dressed. 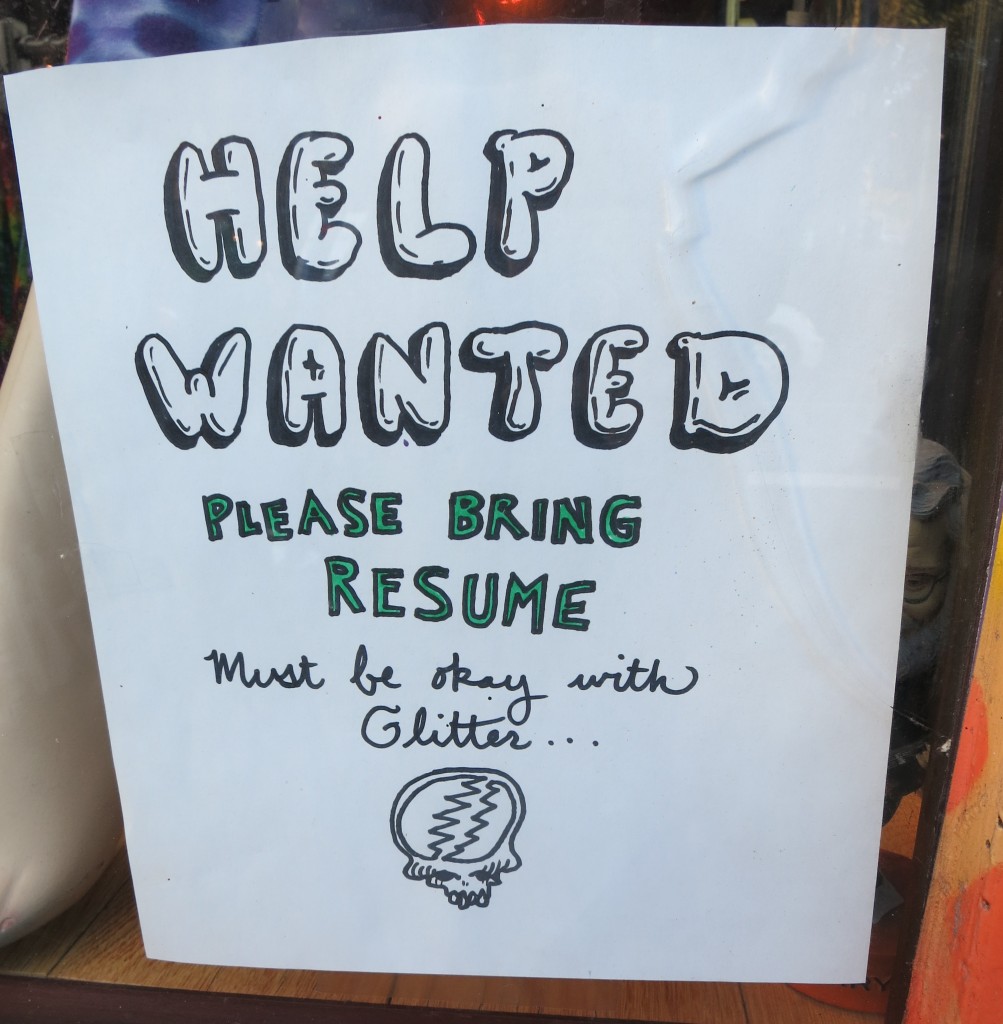 If you’re interesting in learning all things Haight-Ashbury, the tour, now called Haight-Ashbury Flower Power Walking Tour for better googling, runs several times a week and will give you an entertaining overview of the neighborhood’s history.

Have you ever experienced a flash-from-the-past like this before? Something that used to be so central to your life but that you barely remember? Tell us about it in a comment below!

[Disclosure: I received the tour for free, though I wouldn’t be able to review it in an unbiased way in any case!]