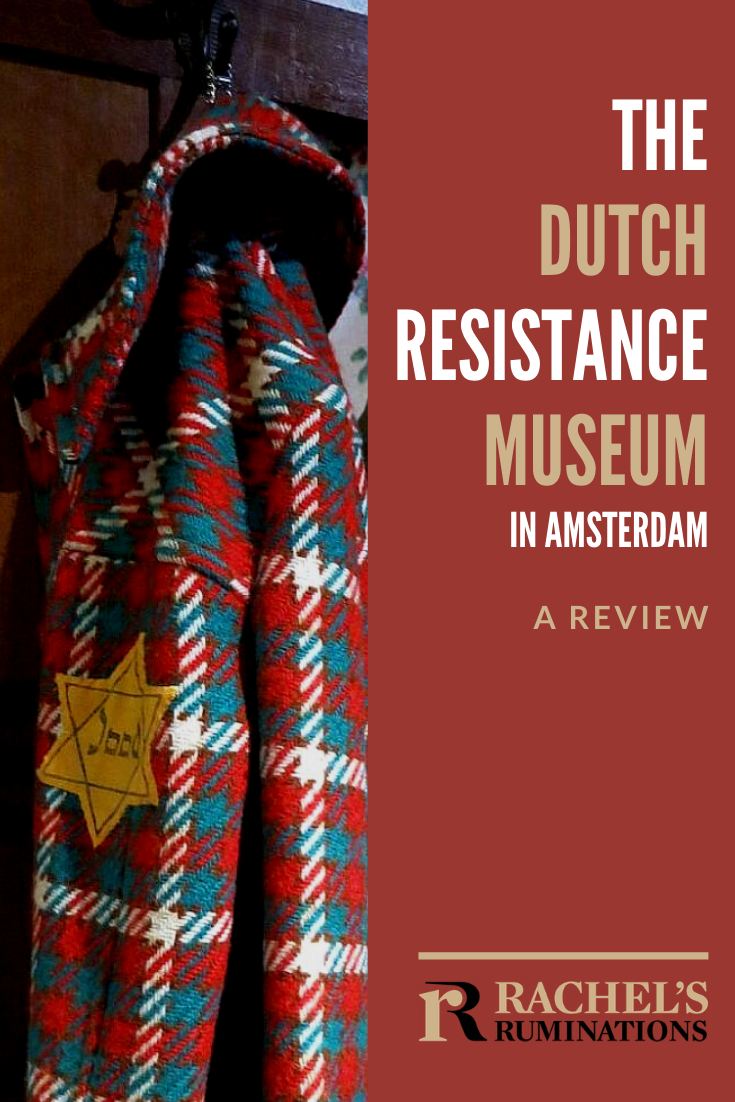 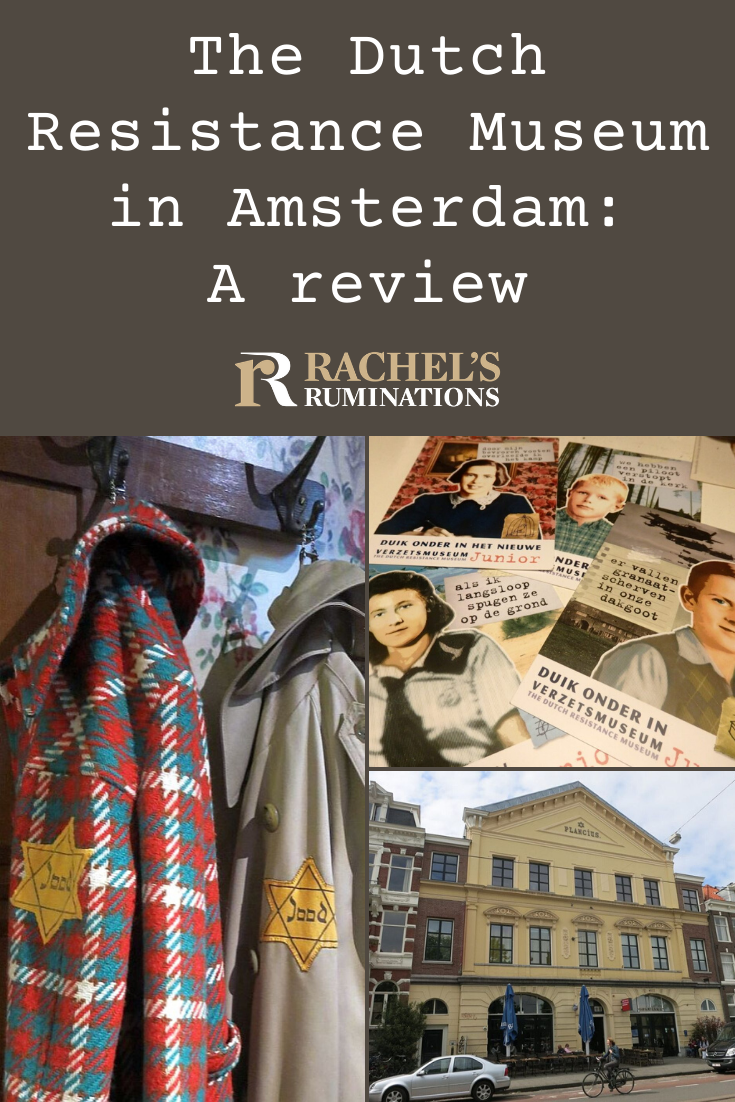 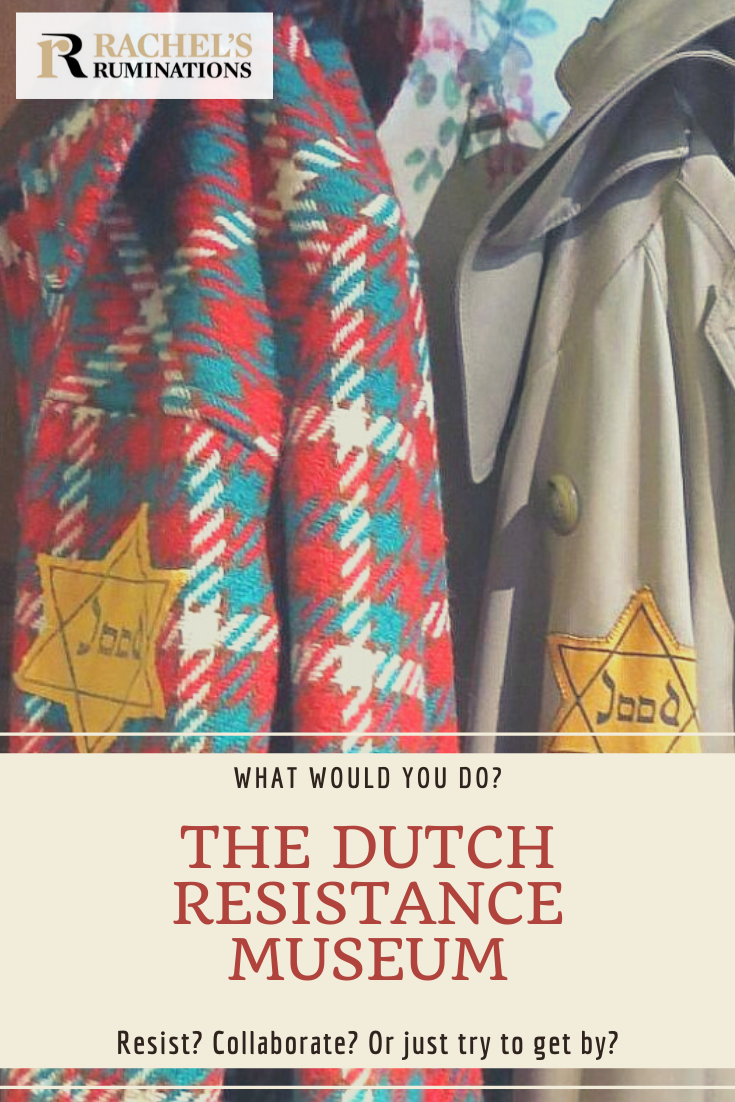 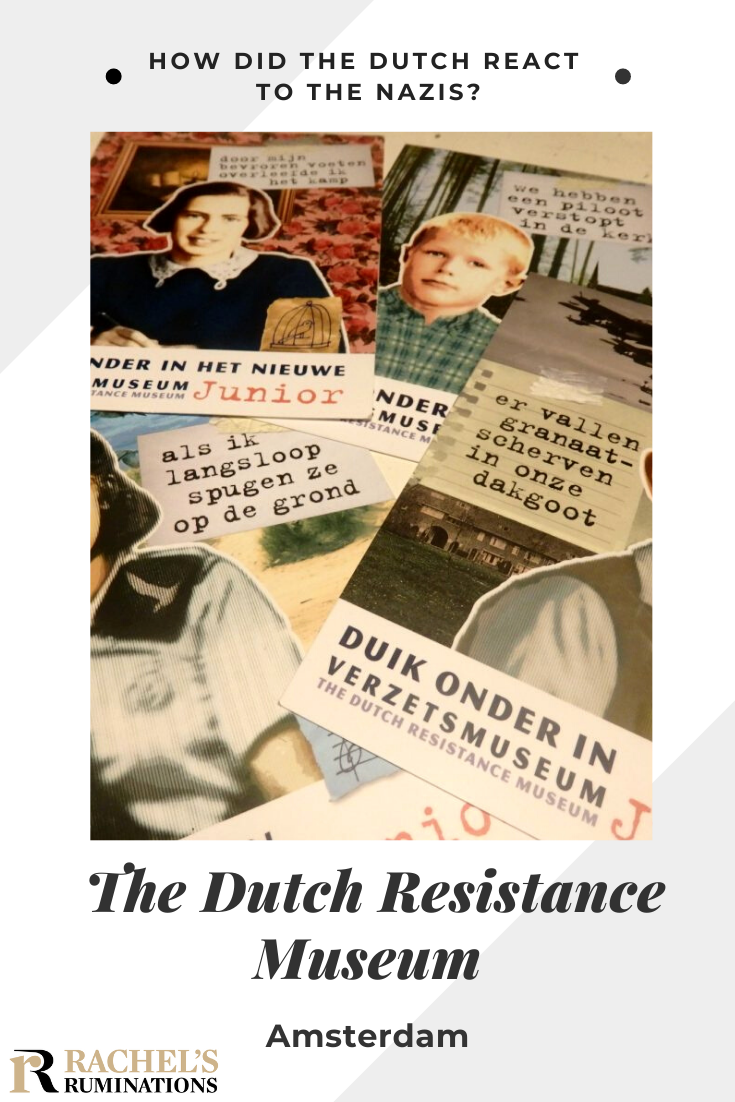 “That was pretty interesting” is high praise indeed, when it comes from my 17-year-old son after a visit to a museum.

The Verzetsmuseum – the Dutch Resistance Museum – in Amsterdam is one of very few that have earned a “pretty interesting” from him. Documenting not just the resistance movement during World War II, but also the whole history of the Netherlands before, during and immediately after the war, it’s a balanced, well-presented museum.

The story of the Dutch resistance

The Netherlands began to feel pressure from the Nazis far before the invasion, and that’s where the story begins. Displays are a mix of posters, photos, videos, and objects illustrating aspects of pre-war Dutch society and attitudes toward the rise of Hitler and the Nazi party in neighboring Germany, their reaction to the German invasion and Nazi rule during the war, and Holland’s post-war actions in the former colonies in Asia.

A large section follows Dutch Jews from their pre-war assimilated lives through to two possible outcomes. Some escaped the country or went into hiding and survived, often helped by the resistance. Most, though, were deported to die in concentration camps, often with collaboration by Dutch citizens.

The Dutch see their history of resistance, rightly, as a point of pride, but this museum doesn’t sugar-coat anything. It shows the bad as well as the good responses to German rule. The resistance movement was persistent and brave, but many Dutch people either collaborated or just focused on getting along and surviving. The museum extends that objectivity past the war into Holland’s abominable treatment of the people of the Dutch East Indies in the years after the war.

The Verzetsmuseum Junior, the Dutch Resistance Museum’s children’s section, is particularly effective. It is structured around four children as representatives of society in the Netherlands during the war:

All of these four representative children survive the war. I assume this was a conscious decision on the part of the designers of the exhibit: the parents can decide for themselves how much they want to deal with the topic of death.

By personalizing their stories, the Verzetsmuseum Junior avoids a simple black and white, good guys vs. bad guys approach. Instead, it introduces children to the ethical judgments citizens of the Netherlands had to make about collaboration, resistance and survival. Everyday items illustrate what each child’s life was like through reconstructions of their homes that children can explore.

The whole Dutch Resistance Museum is interesting and definitely worth a visit. What touched me most, though, and my son as well – and what we both remember best – is the children’s section. While objectivity is generally good in a museum, the adult section of the museum was somehow too objective. Children, as the innocent victims of adult decisions, present a more moving point of view.