Have you ever heard of the Dutch polder model? It’s a political term referring to consensus decision-making. However, here in Holland, it is used within organizations as well. 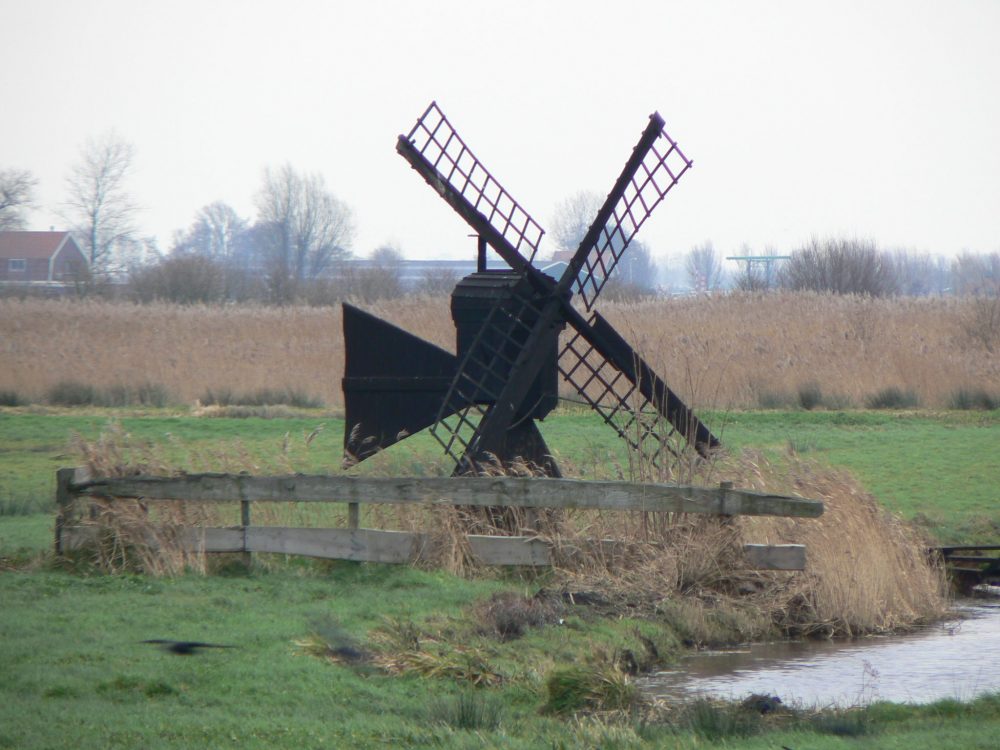 A small windmill like this was used to pump water up from a lower to a higher level body of water. The land that is drained in this way is called a “polder.”

The idea is that everybody in the organization (yes, including the cleaning staff) gets a say in any decision that will have any effect on them. The leaders have to make the final decision, but they will not announce a decision until everyone has had their chance to discuss it, propose changes, etc.

As you can imagine, such a decision-making model can be extremely time-consuming. It can take years to get anything done. On the other hand, because everyone has felt that they had some influence on the decision, they’re more likely to feel some ownership of it, once it’s made, which means less resistance.

What’s been happening slowly, over the last decade, I would guess, is that Holland is increasingly being influenced in its organizational models by the American/British way of doing things, i.e. like-it-or-lump-it top-down decision-making.

I saw a great example of this change at my school a couple of weeks ago:

Our lessons are 45 minutes long, and sometimes they get combined into block hours of 90 minutes. Some subject departments, such as science, have requested block hours for labs or other longer activities. The school leadership has been mentioning for several years the idea of moving to longer block hours for all subjects.

A couple of months ago, in team meetings, the teachers were asked if they preferred 60 minute or 70 minute lessons next year. Well, the teachers went ballistic! When was this decision made? Who says we want longer hours? Why weren’t we consulted?

The school leaders were obviously surprised at this reaction. A whole-staff meeting was called. Well, I’ll tell you, I normally hate these whole-afternoon meetings and often struggle not to nod off. This one was the best meeting I’d ever been to! The teachers were furious, and not at all afraid to let the school leaders know it!

The school leader presented his arguments for longer hours. His main argument seemed to be that longer lesson hours allow teachers to vary their teaching style more, so that in a given lesson students are engaged in several different activities.

What was fascinating was that the teachers didn’t necessarily disagree with that (although there was a certain amount of scepticism that a teacher who drones on for 45 minutes isn’t just as likely to drone on in the same way, only for 60 minutes!). Rather, the teachers were outraged that they hadn’t been asked if they even wanted longer lessons. One actually shouted at the school leader!

I have to admit that I, from my American point of view, found it all more amusing than anything else. Not that I found my colleagues’ concerns unimportant; just that it was such a clear illustration of this unique aspect of the Dutch culture. In an American high school, the teachers would have to just accept the decision. I’m not saying that’s better at all; it creates a lot of resentment. But it sure is a lot quicker!

Now, in response to that anger, the question has been sent back to the teams to discuss and make a recommendation. A ballot was also held a few days later. The decision has not yet been finalized.

It all came down to the Polder Model. The school leaders had broken the rules. All they would have had to do to avoid all of this anger was to send out a questionnaire ahead of making the decision, or ask each team to make a recommendation. Then they could have gone ahead with whatever they decided. Instead, resentment will simmer no matter what happens.

If you enjoyed this article, please share it on social media. The image below is formatted for Pinterest. 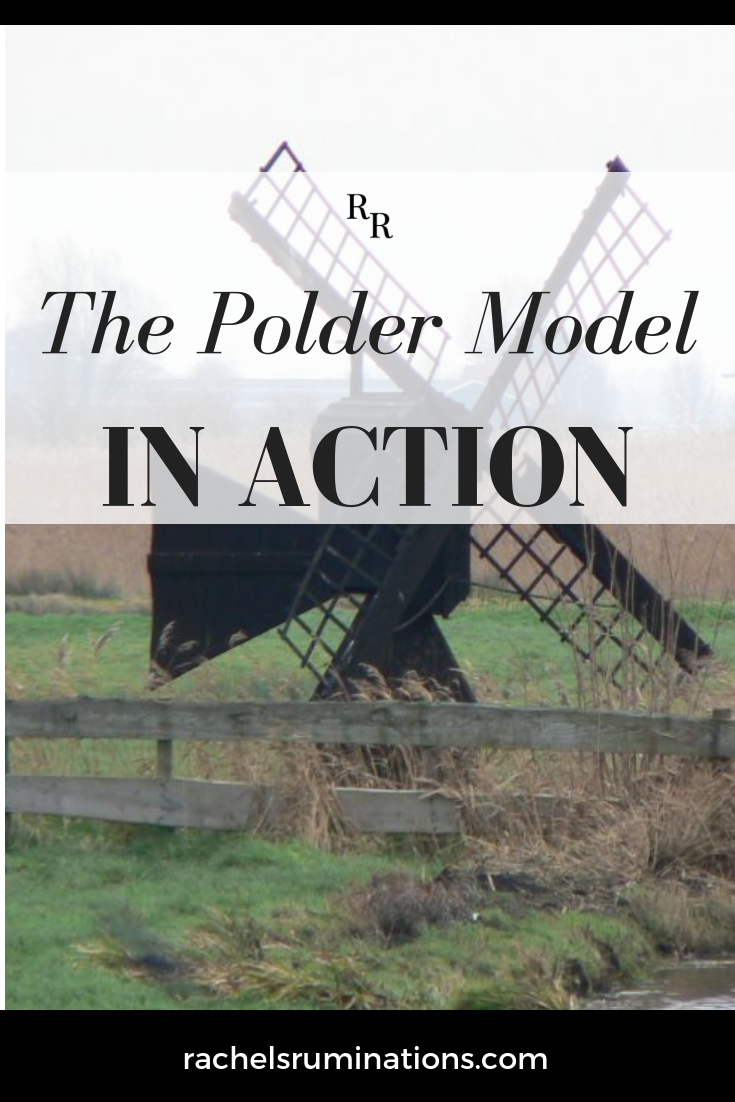