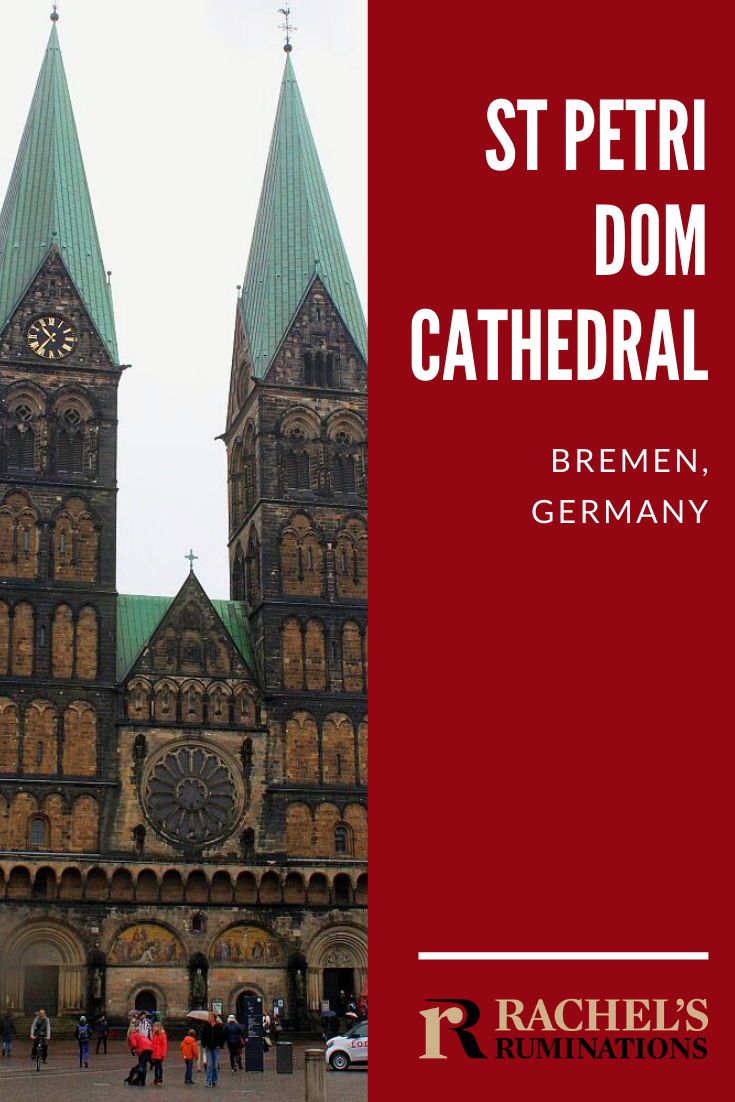 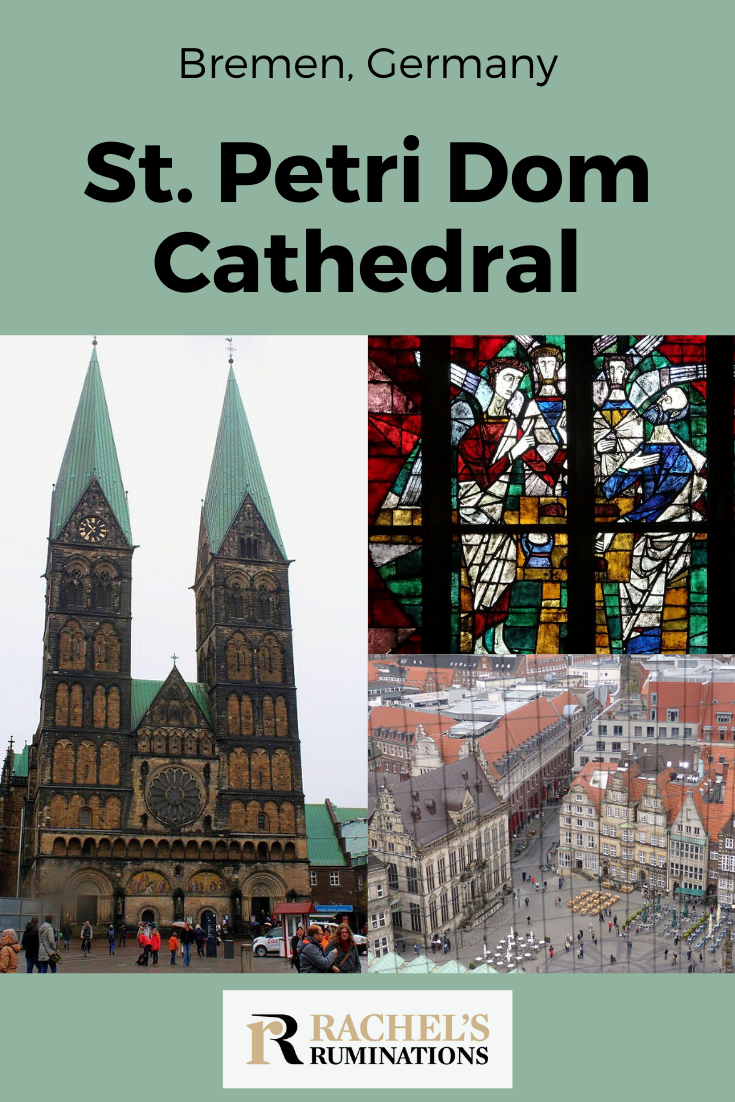 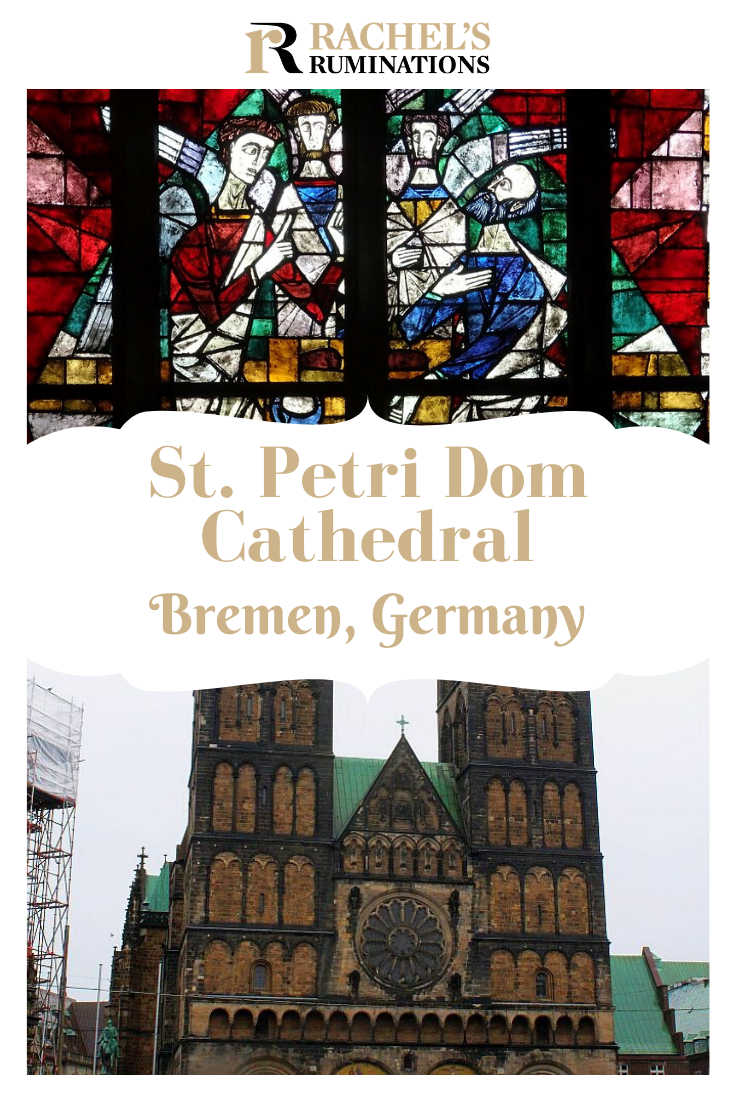 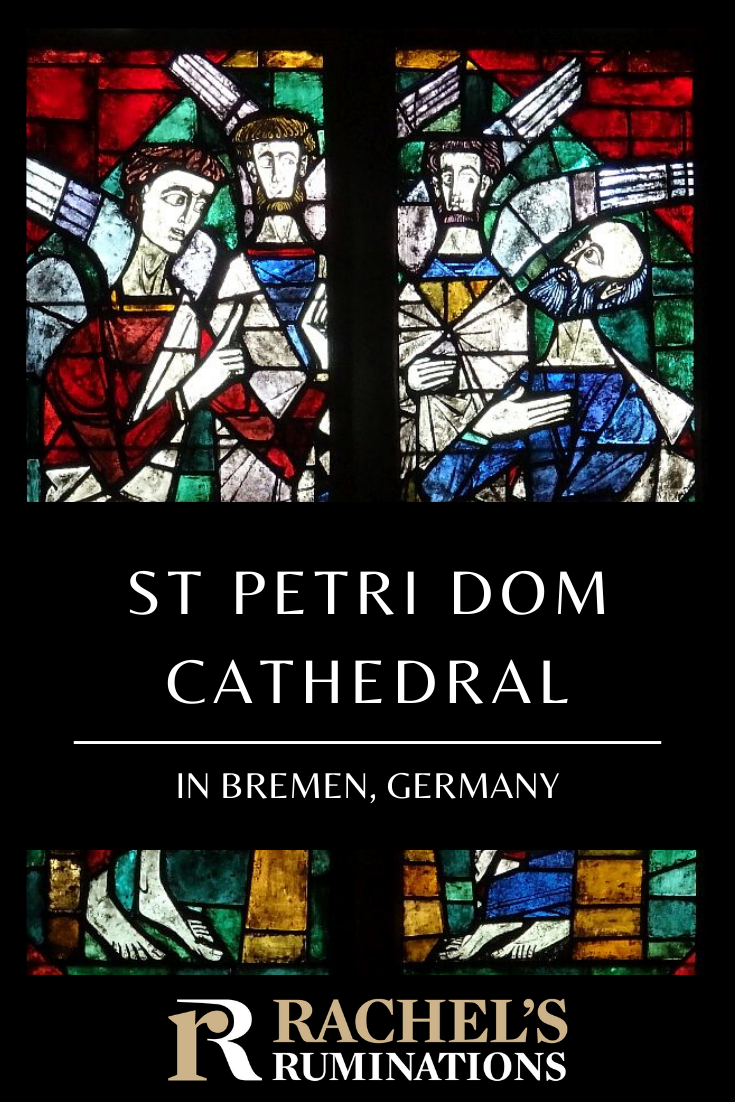 If you visit the center of the German city of Bremen, you can’t possibly miss seeing St Petri Dom, the huge church whose massive, chunky twin spires dominate the central squares.

St Petri Dom doesn’t have the beauty or grace of, for example, Notre Dame in Paris. As a matter of fact, my first comment on seeing it was “Wow, that’s pretty ugly!”

If you’re planning to stay in Bremen, book your hotel through this booking.com link.

Nevertheless, it’s worth a visit. Much of it dates from the 11th to the 14th century. When the Reformation closed the church in 1561, it fell into disrepair and in 1638 one of the spires collapsed. That seems to have been the nudge the Lutheran church needed to take over the church and begin renovations. (Most churches in Bremen were Calvinist at the time.)

Even after an extensive renovation in the late 1800’s, though, the earlier Romanesque and Gothic lines of St Petri Dom remain. During the Second World War, in which large parts of Bremen were destroyed, a bomb blew out the cathedral’s 19th century windows. The modern replacement windows, added in the 1950s and 60s, are visibly newer but respectful of the cathedral’s medieval roots.

The oldest parts of St Petri Dom are the two Romanesque crypts in the basement, one of which is now used as a silent space for prayer away from the tourists.

Some of the pre-Reformation furnishings are on display: several paintings, for example, and intricately carved choir stalls from the 1300’s. The main entrance door is a work of art in itself, though I don’t know how old it is.

Next to the east choir of the cathedral is the entrance to the cathedral’s museum. I was doubtful about going in, but then I found out admission was free, so I figured why not? It turned out to contain some interesting items, though some of it is guesswork since the signage is almost all only in German.

You can read my post about a weekend in Bremen here or my article about The Town Musicians of Bremen here.

The first room contains frescoes on the ceiling, somewhat faded, but because the floor has been raised from the original floor, you can get a good look at them.

The museum’s collection includes various church-related items: silver pieces, vestments, stone carvings, books, and so on. Some were removed during renovations, or else were part of the debris from war damage, I would guess. During a major renovation in the 1970s, a set of medieval-period bishops’ graves were excavated, and the vestments and other clothing from those graves are on display in the museum. While the cloth has lost its color, the intricacy of the embroidery is impressively undamaged.

It is possible, for a €2 fee, to climb the 265 steps of the southern tower for a view of the city, and it’s certainly worth doing. This tower is quite new—built in the 1890s—so it doesn’t have the atmospheric age of the Martinitoren here in Groningen or the Asinelli Tower in Bologna. Still, the climb isn’t bad and the view is great.

Looking over the city, it’s clear how extensively Bremen was damaged in the war. Some magnificent buildings remain from its days as a Hanseatic League city; you can see a few of them in the photo above. Many of Bremen’s buildings, though, are post-war, and not particularly pretty.

Have you been to Bremen? What would you recommend seeing?