Once upon a time, a rooster, a dog, a donkey and a cat, realizing they’d outlived their usefulness and under threat of being eaten or killed, set out toward Bremen. Their plan was to make a living as musicians: the Town Musicians of Bremen. 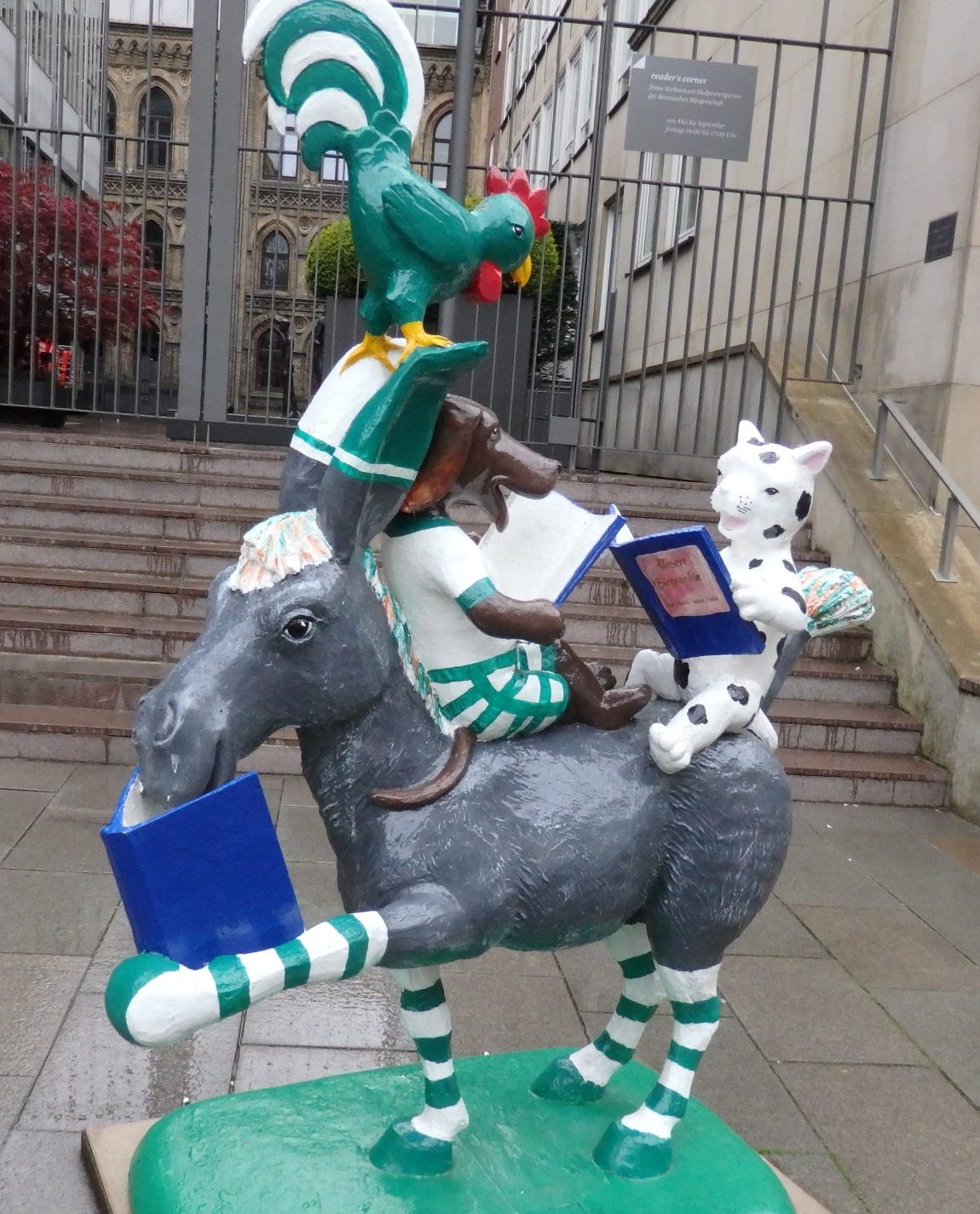 an image of the town musicians of Bremen, in this case, reading books

On the way, they passed a cottage where a group of thieves lived and, looking inside, saw them enjoying a feast.

The four animals formed a pyramid and made loud noises—the rooster crowed, the dog barked, the donkey brayed, and the cat meowed—and the thieves were so scared they ran away. The animals enjoyed the dinner themselves and then settled in to sleep.

In the middle of the night, the burglars went back to the cottage and sent one man in to investigate. He wanted to light a candle, so he went into the kitchen. Seeing the eyes of the cat and mistaking them for hot coals, he tried to light a match against them. Of course the cat responded by spitting and scratching. This woke the others, and the dog bit the thief, the donkey kicked him on the way out the door, and the rooster crowed at him from the roof as he escaped. 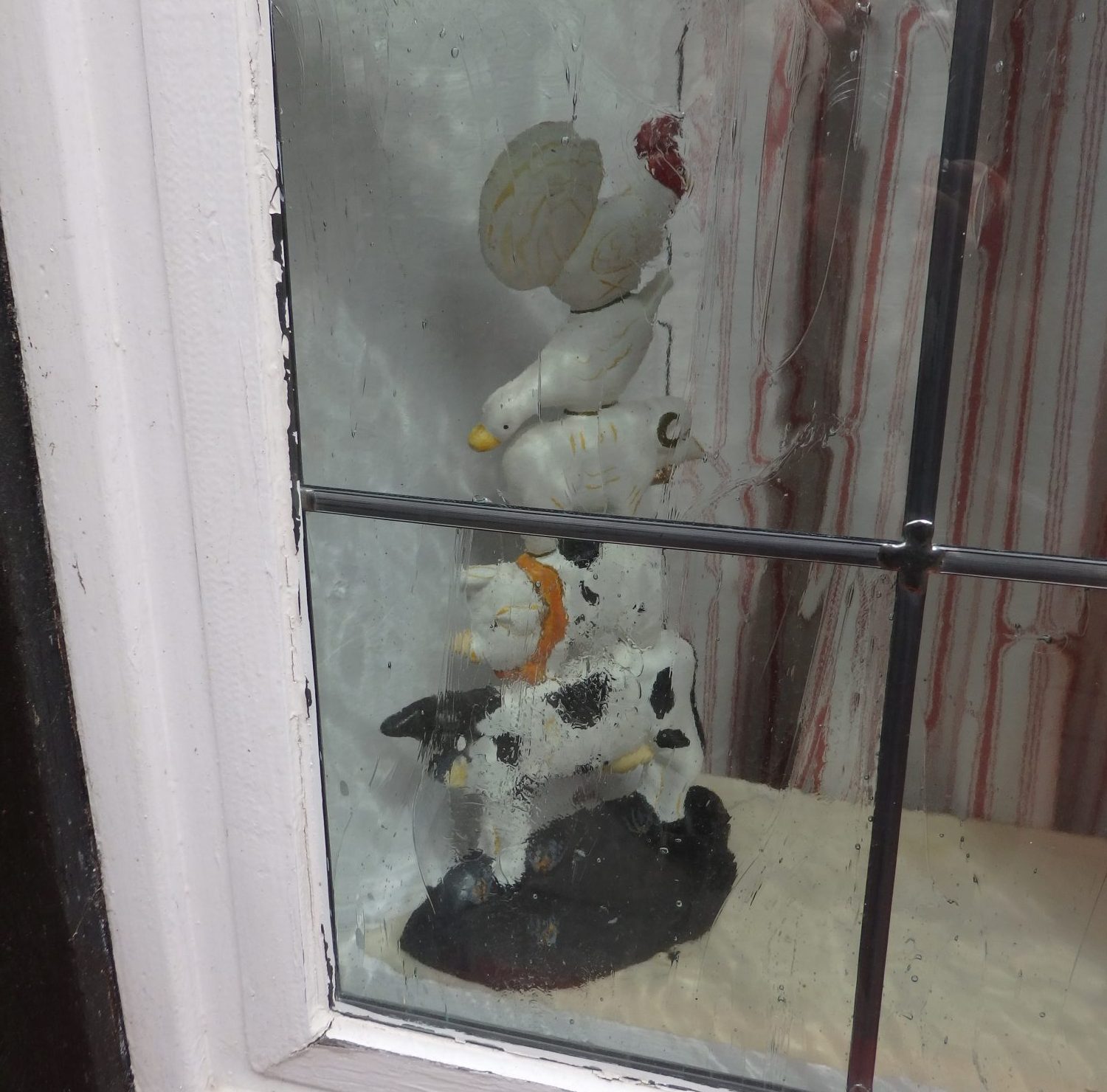 I spotted this image of the town musicians of Bremen in the window of a very old half-timbered house in Schnoor.

The burglar ran back to his friends and told them that a witch had scratched him with her fingernails, a man had knifed him, a monster had hit him with a club, and a judge on the roof had screamed at him.

The thieves heard his story and gave up on the cottage, so the animals could stay and lived happily ever after.

The Town Musicians of Bremen

The city of Bremen loves this Grimm fairy tale, and references to the Town Musicians of Bremen are scattered throughout the old center. When my husband and I visited recently and learned the story, we started seeing the images everywhere we went. It was fun to spot them and take pictures. The most famous is right outside the Rathaus, and the donkey’s hoofs and snout are shiny from people rubbing them for luck. 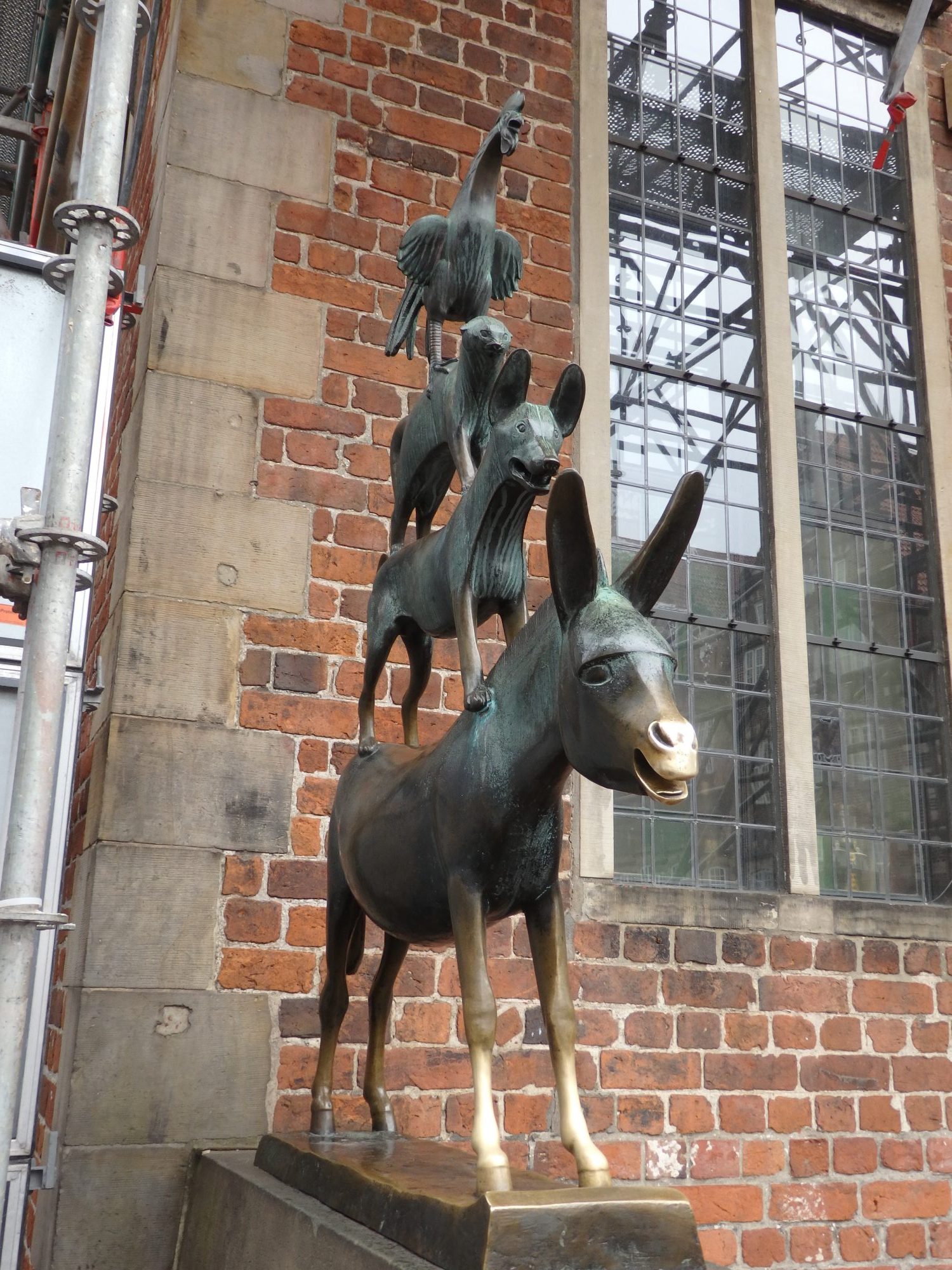 In the original story, the donkey intends to play the lute, the dog plans to play the kettledrum, the cat will play “night music” (Nachtmusik) and the rooster will sing. Some of the images depict them with instruments, or else standing on each other’s backs.

Two things are wrong with the story of the Town Musicians of Bremen, in my opinion. First, they never actually arrive in Bremen. And, second, the story never says whether they ever actually become musicians either. It ends with

…[the house] suited the four musicians of Bremen so well that they did not care to leave it anymore. 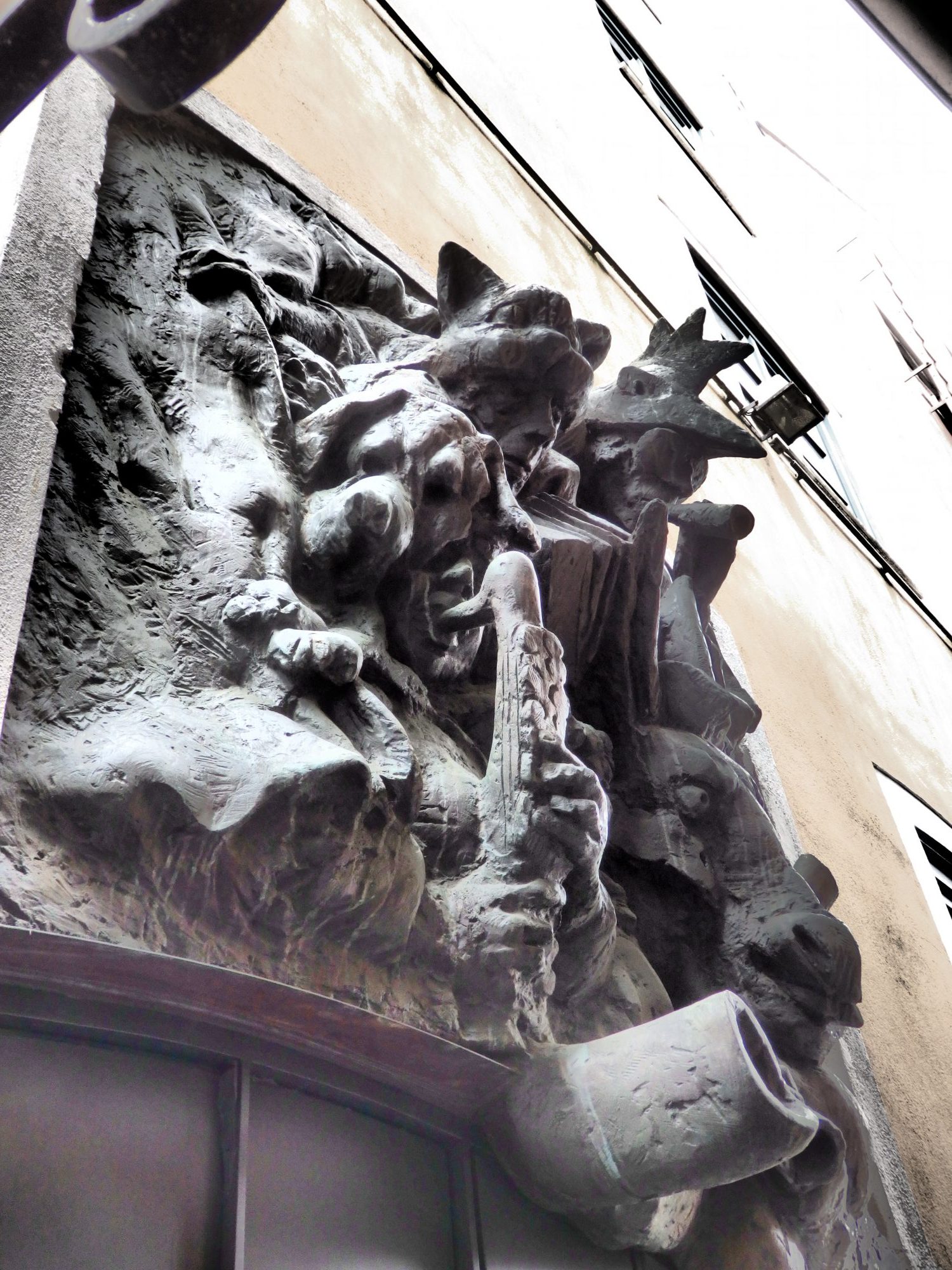 This image of the town musicians of Bremen depicts the animals as people in animal costumes playing instruments. It’s in a very narrow alley in the Schnoor area.

So did they perform? And did they visit Bremen? It’s such a wonderfully random story, isn’t it?