Back in the 1970s, the Swedish Parliament planned to build a garage underground next to the Parliament building in Stockholm.

As often happens in European cities, the construction stopped when excavation uncovered the remains of what turned out to be the original medieval center of Stockholm.

For two years, archeologists excavated and studied the city wall, built by Gustav Vasa in the 1500s (the same king responsible for the Vasa ship and Gripsholm castle – he was a busy king!), along with other finds. In particular, they found a medieval graveyard (Helgeandhuset) containing lots of human skeletons, and a warship from the 1520s, along with ten other boats.

Fortunately, instead of finishing the garage, the city decided to build a museum around the remains: the Medieval Museum.

The entire Medieval Museum is underground, and the central space holds 55 meters of the medieval city wall. In itself, the wall isn’t very impressive. 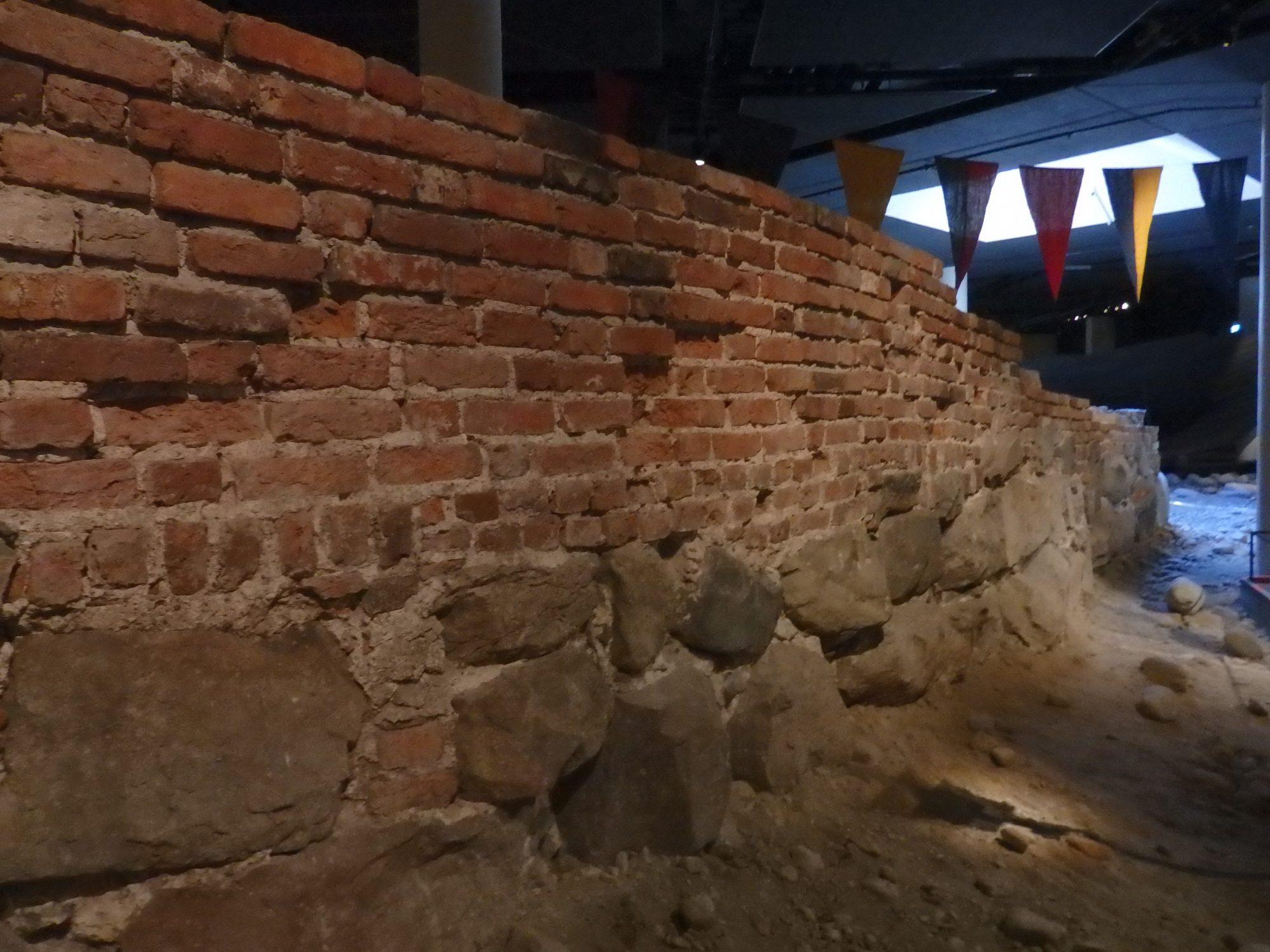 the city wall remains in the Medieval Museum in Stockholm

Compared to many medieval (and earlier) period walls I’ve seen in other cities – Jerusalem, for example – it is minimal and in very poor condition.

Learning about the Middle Ages in the Medieval Museum

What is impressive about the Medieval Museum, though, is that the designers have made the best of what they found. The museum aims to educate, not just to show the artifacts found in what became known as “The Pit.”

The exhibits include life-sized replicas of medieval buildings: a market square, a church, a cloister, homes and shops. Children can learn a lot about medieval Stockholm at the Medieval Museum.

An audio guide, costing a few euros, allows visitors to hear clear explanations that do not go overboard on the details.

The museum presents information on everyday life of ordinary citizens in medieval Stockholm especially well. It includes, for example, a description of how animals were kept in the narrow streets, and a mannequin of a woman collapsed in the street, dying of the plague.

While I enjoyed the Medieval Museum, as I do anything that has to do with the Middle Ages, I think this museum would particularly appeal to children. A visit would not take long – perhaps a half hour to an hour – and admission is free. The plaza in front, with a fountain and enormous statue overlooking a narrow strip of water, is a pleasant, uncrowded place to relax on a sunny summer day. 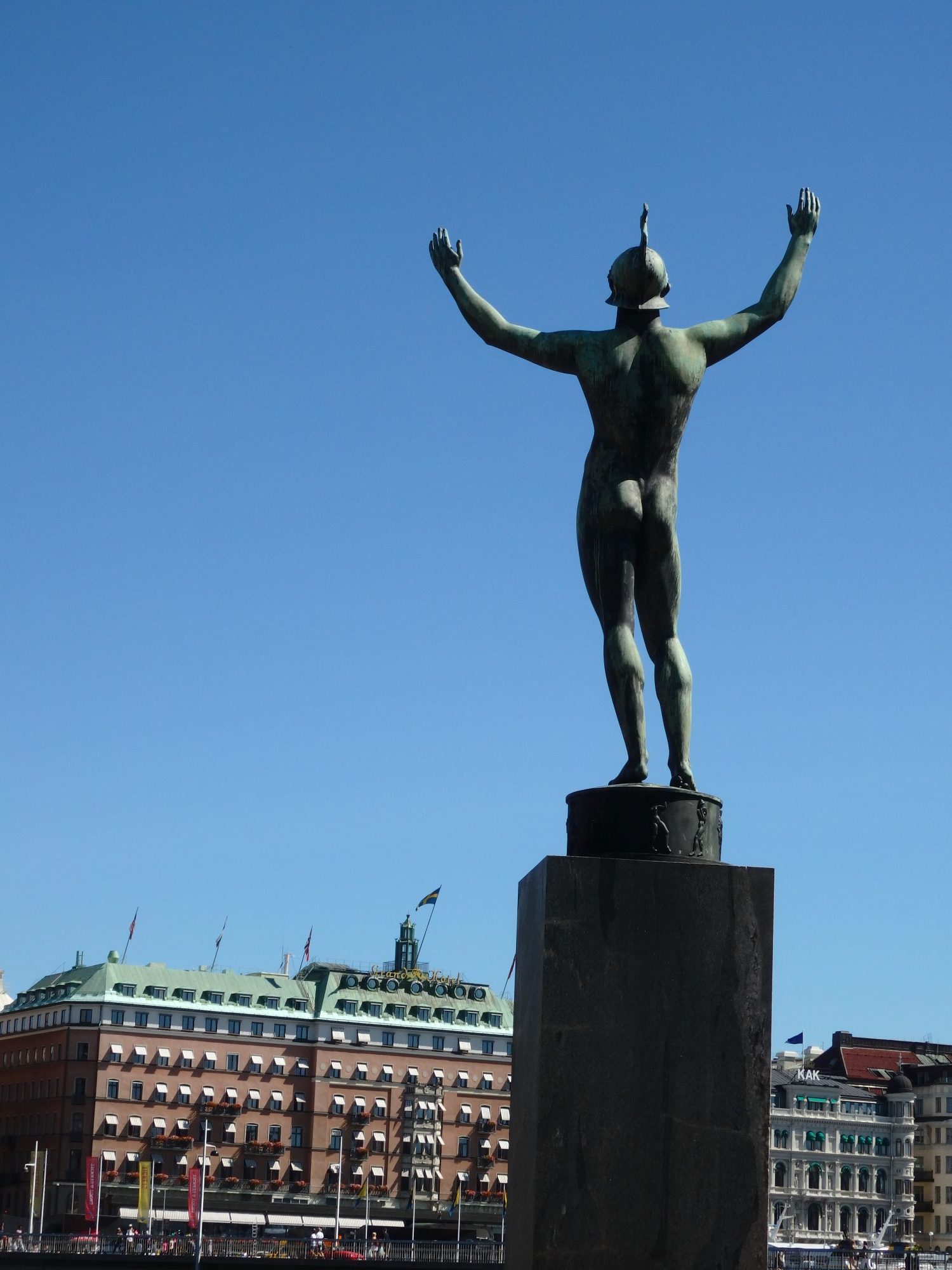 Disclosure: This post is not sponsored in any way. All opinions are my own.