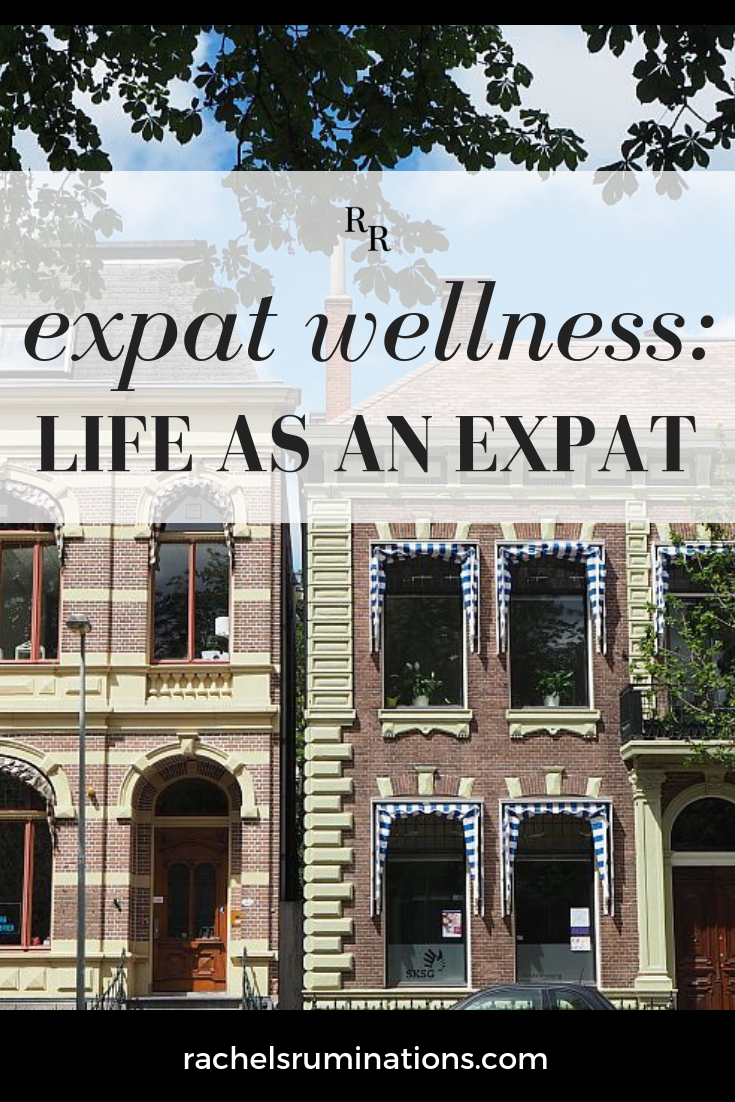 I haven’t written an article in a long time about expat issues, despite the fact that my articles about expat life still get regular readers. My posts about renouncing my citizenship, in particular, are in my top 10 nearly every day.

So when I was approached by Aetna International to collaborate with them as an “expert when it comes to expat life,” I was intrigued at their request. (Disclosure: This means that this is a sponsored post.)

Aetna International interviewed me about my experiences as an expat and how the concept of “wellness” affects my everyday life.

Being interviewed about my life as an expat

It’s a bit ironic that anyone would ask me about wellness: besides being thoroughly un-fit and quite sedentary in my lifestyle, I’ve never been the type to take up the latest superfood or vitamin hype or whatever. I don’t even use moisturizer!

Nevertheless, the questions they asked were interesting, and got me thinking about my life as an expat in a way that I haven’t in a while. I enjoyed reviewing so many topics that once seemed so strange to me when I first arrived – particularly finding my way around the health care system – and that I completely take for granted now.

Am I an expat?

Can I even call myself an expat anymore? Since 2015, I’ve only had Dutch citizenship. I’ve lived in the Netherlands since 1997. I speak Dutch pretty close to fluently. I read a Dutch newspaper every morning. And I’m completely used to how things work in the Netherlands. It’s as if my expat-ness has gradually faded over time, like a scar. It’s still there, but barely noticeable.

And yet, at the same time, I’m still very much surrounded by a sort of expat bubble. My best friends are other expats. I work in the English department of a teacher-training college, so I speak English at work most of the time, unless I have to communicate with students or colleagues from outside my department. At home, my husband and I mostly speak English to each other. I carry my American-ness around with me wherever I go.

If you are an expat or if you are considering becoming one, Aetna International’s Wellness Survey is well worth a read. Despite its name, it covers a lot of issues besides expat wellness: education, health care, security, and other challenges that expats face. It’s not based on a big sample, but rather in-depth interviews with only 32 families around the world. Nevertheless, it addresses pretty much every issue I’ve gone through since I moved here 21 years ago.

Perhaps that’s the point I’m getting to. The Wellness Survey points out a lot of issues and problems that newer expats have. What I can offer is a measure of reassurance: the longer you stay, the easier it will get.

A measure of reassurance if you've become an #expat: the longer you stay, the easier it will get. #expatlife @rachelruminates Click To Tweet

Now, for some people that may not be reassuring. If you’ve become an expat for the excitement – for the newness of living in a new place and learning a new culture – you may not want it to get easier. You don’t want to settle in and get used to it.

But most people do want to feel comfortable where they live, so what I want to say is that you will. Humans are remarkably adaptable and even if you’re feeling like you’ll never really feel at home, you can make a home for yourself as an expat.

At least, it works for me.