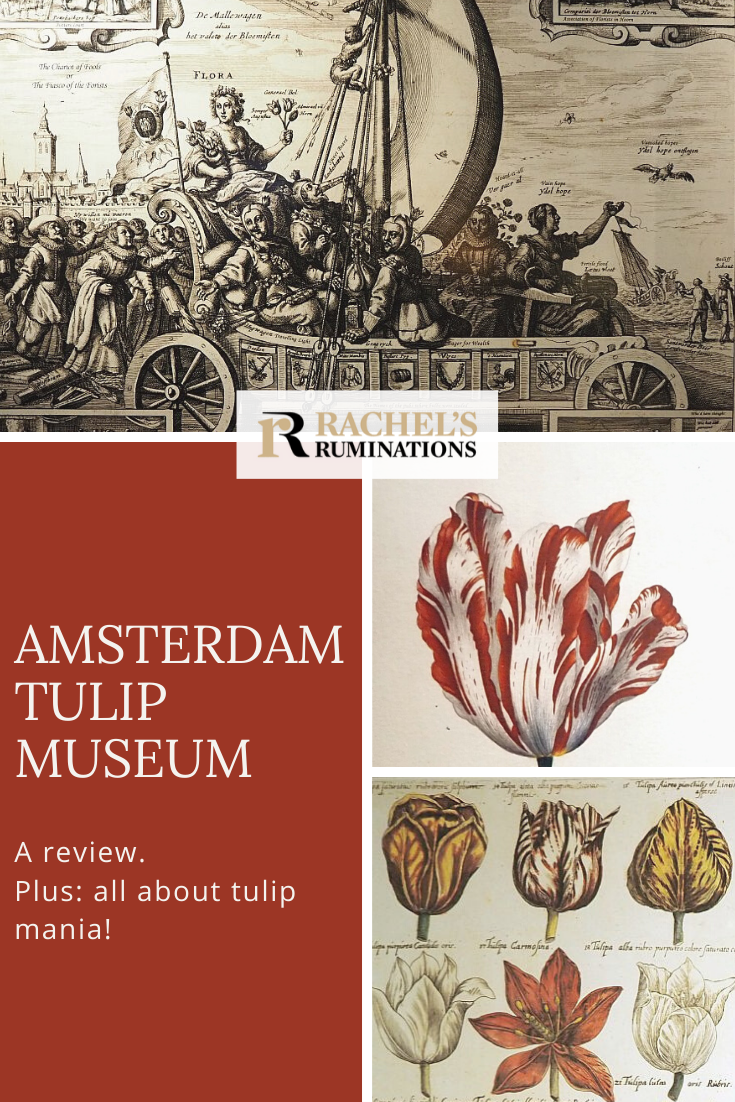 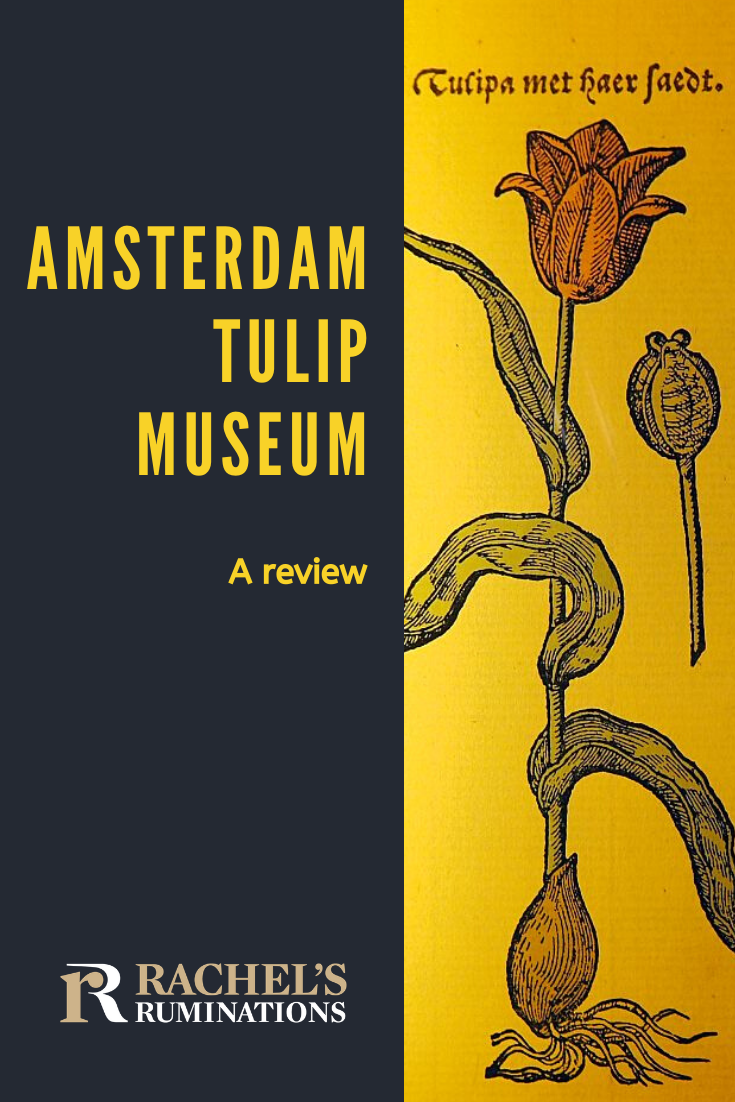 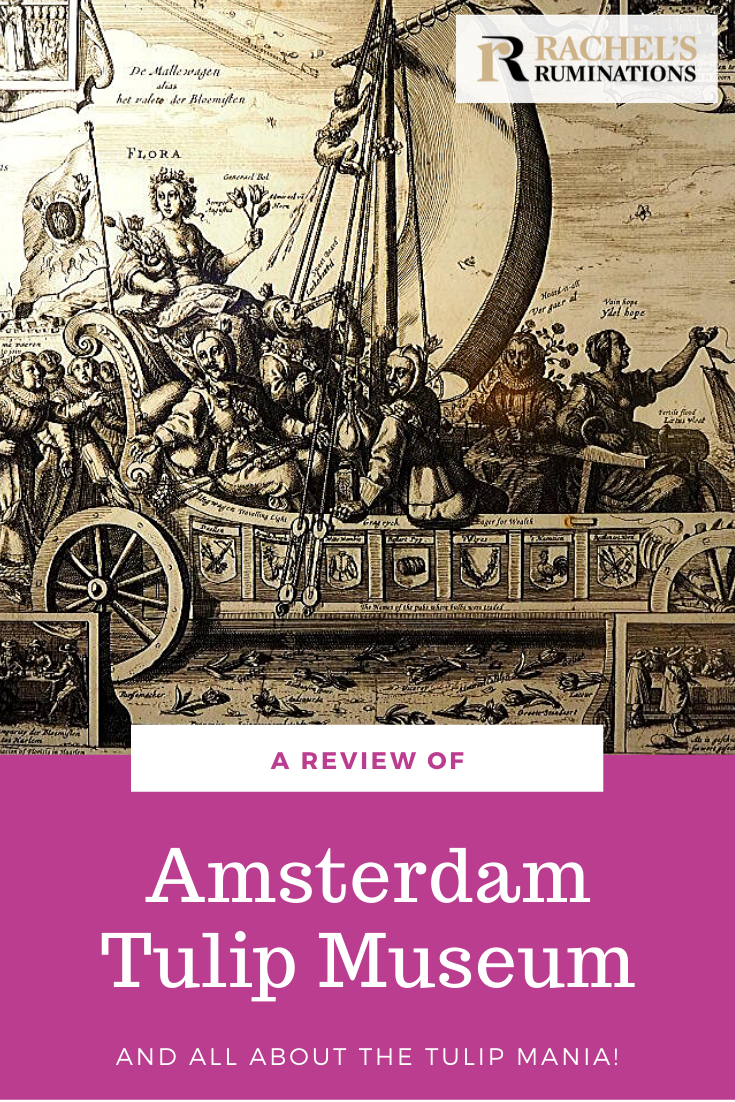 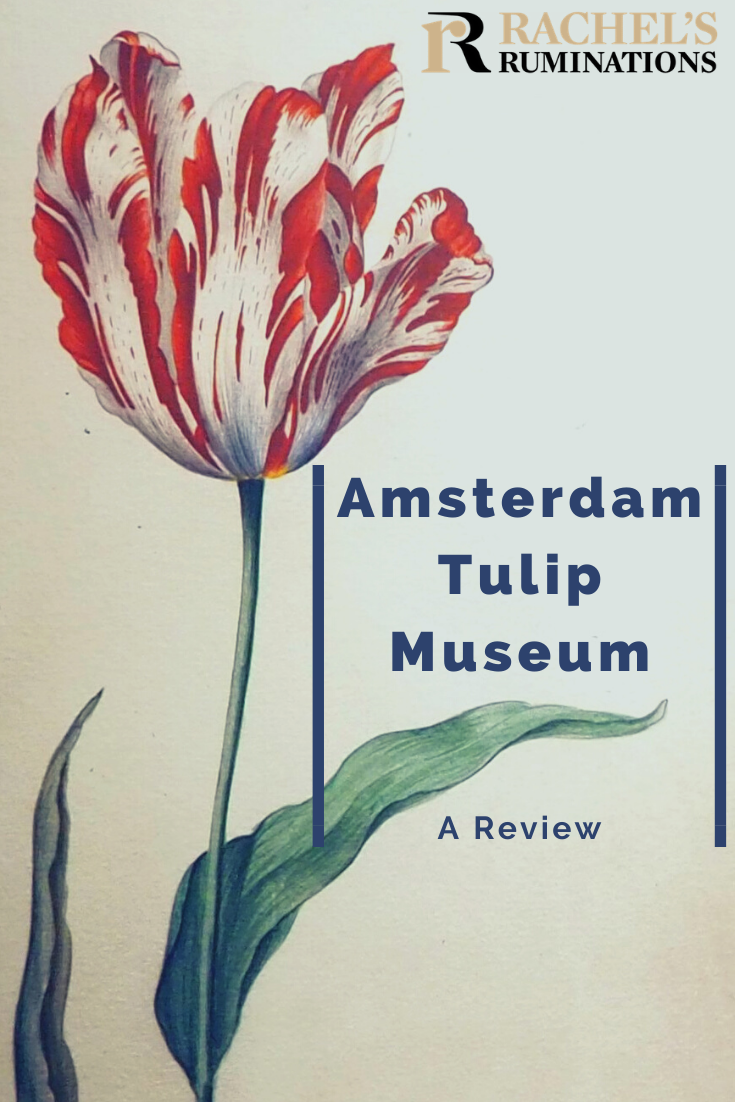 Did you know that Rembrandt sold his painting, The Night Watch, in 1642 for 1,600 guilders? Just five years earlier, a single tulip bulb had sold for 5,200 guilders.

The tulip trade in 17th century Amsterdam is often taken as a prime example of an economic bubble, when prices soar far higher than the commodity is worth in real terms, leading inevitably to  the bubble bursting and lots of lost fortunes.

I learned about this at the Amsterdam Tulip Museum a couple of months ago. The museum, despite being quite small, covers the entire history, starting from wild tulips’ origin in central Asia and the flower’s movement along the trade routes to Turkey’s Ottoman Empire and then, eventually, into Europe. It looks at the “Golden Age” tulip trade and its development into a modern bulb-producing industry. Today, the Netherlands provides 77% of flower bulbs traded worldwide, mostly tulips, according to hollandtradeandinvest.com.

Note: I put the name “Golden Age” in quotation marks above because the term is falling out of use. The Golden Age was a period of enormous growth and prosperity in Amsterdam. Yet the “golden” part of it was only for the wealthy merchants. They made their money from shipping and trading in goods from overseas: slaves, for example, and sugar grown on plantations worked by enslaved people. Not really so golden when you look at it that way.

My visit to the Amsterdam Tulip Museum

I was not particularly excited about visiting the Amsterdam Tulip Museum. I’d looked inside before, in passing, and it seemed to me just another shop pretending to be a museum. I went ahead, finally, in my effort to complete my series on small museums in Amsterdam, since this seemed like one that people might consider seeing. Perhaps I’d be doing a service by warning readers off. Spoiler alert: I was wrong.

Entering the storefront, my suspicions seemed confirmed. It looks like a shop, just like the Amsterdam Cheese Museum does. It’s filled with all sorts of tulip-related objects: paper goods, figurines, carved tulips, vases, you name it. And, of course tulip bulbs.

Right at the back of the room is the entrance to the museum. Unlike the Cheese Museum, this one is not free. It seems strange, but that gave me hope that I wasn’t entirely wasting my time.

The museum encompasses six rooms covering the tulip’s history, trade and cultivation. Some objects are behind glass with a sign explaining them. Some displays are more interactive, including films and, at the end of the exhibits, a VR film. It’s all very dramatically lit and, wisely, focuses on the 17th century tulip mania most of all. I say “wisely” because that’s definitely the best part.

The most desirable, and therefore most expensive, tulips during the tulip mania were “broken.” They were particularly beautiful because their color “broke”: a red tulip that was broken developed streaks of white. The most beautiful was the Semper Augustus, originally red, but much more valuable with the white stripes. Three “broken” Semper Augustus bulbs sold in the tulip mania period for 10,000 guilders, enough to buy one of the fanciest houses along a canal in Amsterdam.

What the Dutch didn’t realize at the time, though, is that this streaking was due to a fungus. It would eventually cause the bulb to weaken and die.

The wealthiest merchants in Amsterdam often kept something called a “cabinet of curiosities.” This was simply a collection of anything that to them was weird and wonderful: fossils, for example, or art objects from the colonies, or human or animal skulls or seashells or really whatever struck their fancy. At the Willet-Holthuysen Museum you can see a room that was used just for looking at these items.

In their cabinets of curiosity, the wealthy would keep drawings and paintings of tulips. Outside, in their extremely formal gardens, they would plant their precious tulip bulbs. Tulips meant status. This is why you often see Golden Age portraits where the person is posing with tulips in a vase; owning tulips you could use for a portrait meant enormous wealth … for a while.

If tulips are your thing, take these two pieces of advice:

Speculation in tulip futures – where the investors would buy contracts for delivery of bulbs in the future – drove the prices up dramatically. In February, 1637, the mania peaked, then the bubble burst.

It’s not entirely clear why the bubble burst. Wikipedia gives several possible explanations. The one that sounds most logical to me is that the Dutch government passed a law in late 1636 that changed the nature of the tulip futures contracts the speculators were buying. Instead of being obliged to pay the full price agreed, the contracts changed to become options contracts. That meant they could pay the full price and receive the promised bulbs or back out of the deal for a much smaller fee.

With that change, they felt that it was safe to speculate even more, driving the prices much higher than they might otherwise have gone. Eventually, the prices had gotten so ridiculous that no one would pay them anymore, and the whole market fell apart.

After telling the stories of the tulip’s migration from Central Asia to Holland and of the tulip mania, the museum moves on to tulip production. Displays and old photographs show how tulips have been cultivated and exported over the last few centuries. The last stop is a VR film showing the industry today.

My review of the Amsterdam Tulip Museum

This museum pleasantly surprised me. It isn’t big and only has a very narrow focus, with a lot of objects in display cases and drawers. Nevertheless it held my interest. Perhaps it’s because I’m a history buff, though, so I’d recommend it only if the story of the tulip mania interests you.

You could see the main points in about a half hour, though if you read all of the signs, it’ll take closer to an hour, and more if you want to peruse the shop as well.

I’d appreciate it if you would share this review wherever you do your social media. Thank you!