A while back I posted a list of things to do that are cheap or free in New York City. There were a couple of items on that list that I hadn’t actually done yet myself, so when I had a day free in New York in April, I decided to try to fit one or two of them in. 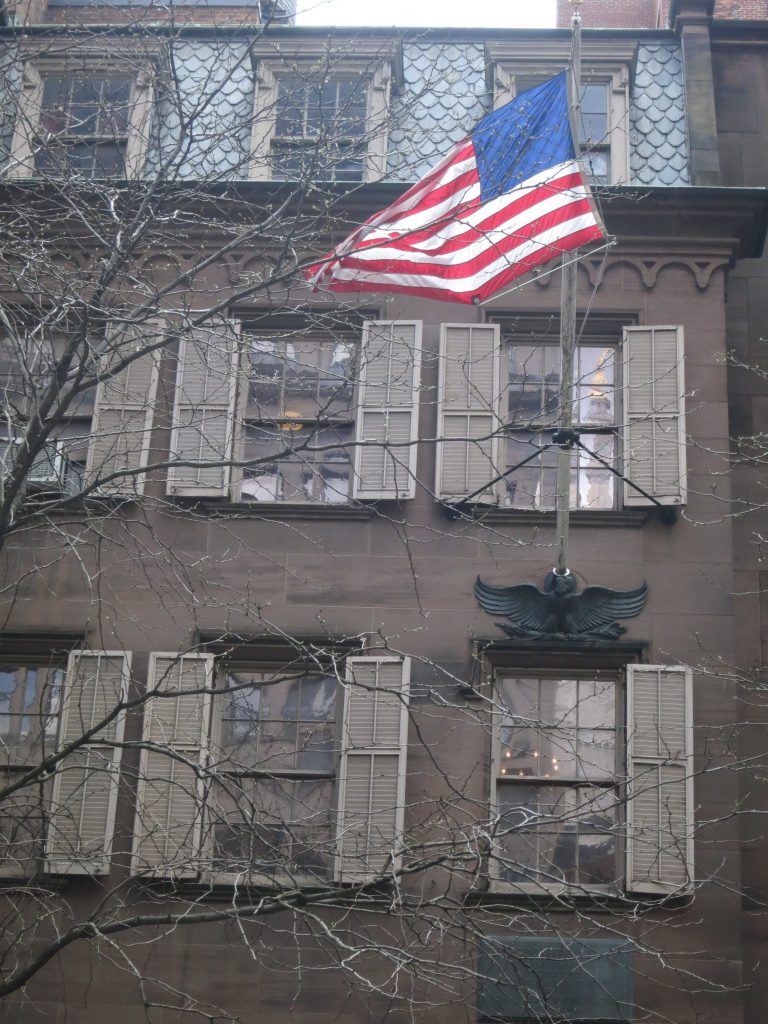 The front of the Theodore Roosevelt Birthplace Museum

The Theodore Roosevelt Birthplace Museum particularly intrigued me. I knew a bit about him and his presidency, but the house was billed as being renovated to the period when he was a child, and I love that sort of thing. Walking through recreated rooms helps me imagine what life was like for the people involved.

Roosevelt lived in this house in what is now the Greenwich Village neighborhood in Lower Manhattan until he was 14. Because it is a national historic site, admission is free.

You can’t wander around randomly, but there are regular tours. On the day I went, we were guided by an enthusiastic young woman named Lindsey. 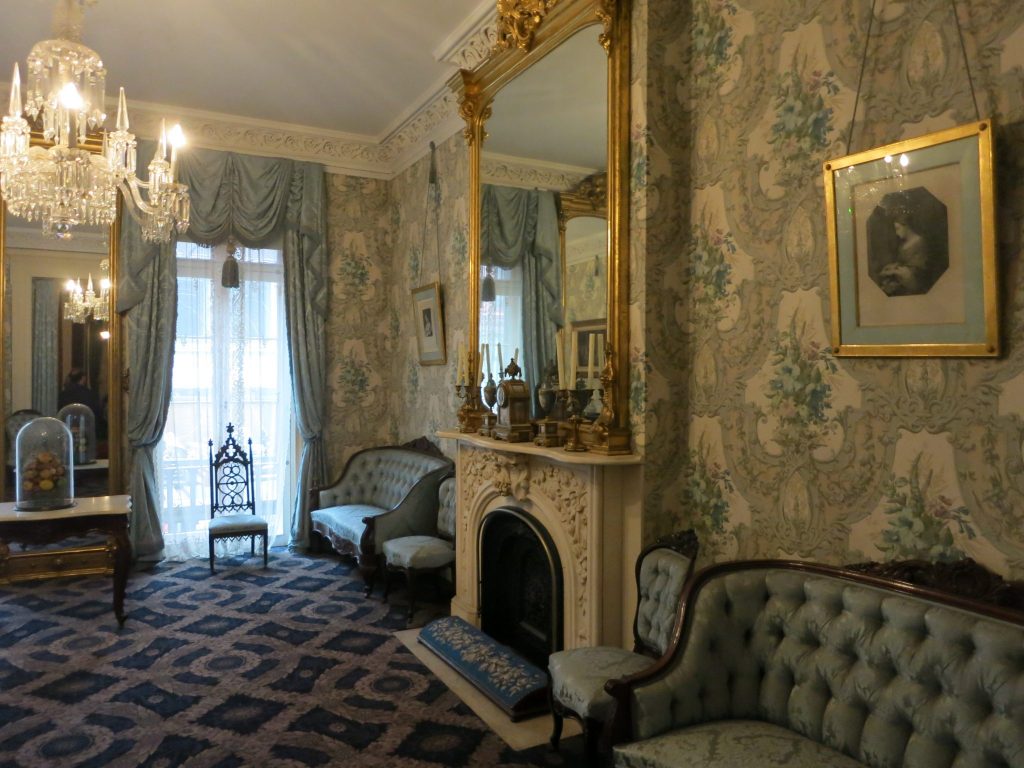 She was clearly very knowledgeable, able to answer whatever we asked, but the planned talking points were mostly limited to the house itself, who lived there and how they lived.

There were some original furnishings in the five period rooms, but most of the interior has been recreated from contemporary descriptions. I liked hearing things like “This was where little Teddy was tutored.” It helped me to imagine it. I also enjoyed reading the antique political cartoons hanging along the corridor in the entry hall.

It’s a good little museum, but it didn’t wow me. This was partly because of my awareness that the interior was a recreation, not the original. Or perhaps it just wasn’t quirky enough for me.

Theodore Roosevelt Birthplace Museum, 28 East 20th Street, between Park Ave. S and Broadway. Admission: free. Open Wednesday-Sunday 9am-5pm. Tours start on the hour on a first-come, first-served basis. Your best bet is to try the later tours at 3 or 4:00.

After our tour, Lindsey suggested that I check out Merchant’s House next. It is also an old New York row house, she told me, but much more authentic: most of the furnishings are original and unchanged from how they were in the 1850’s. 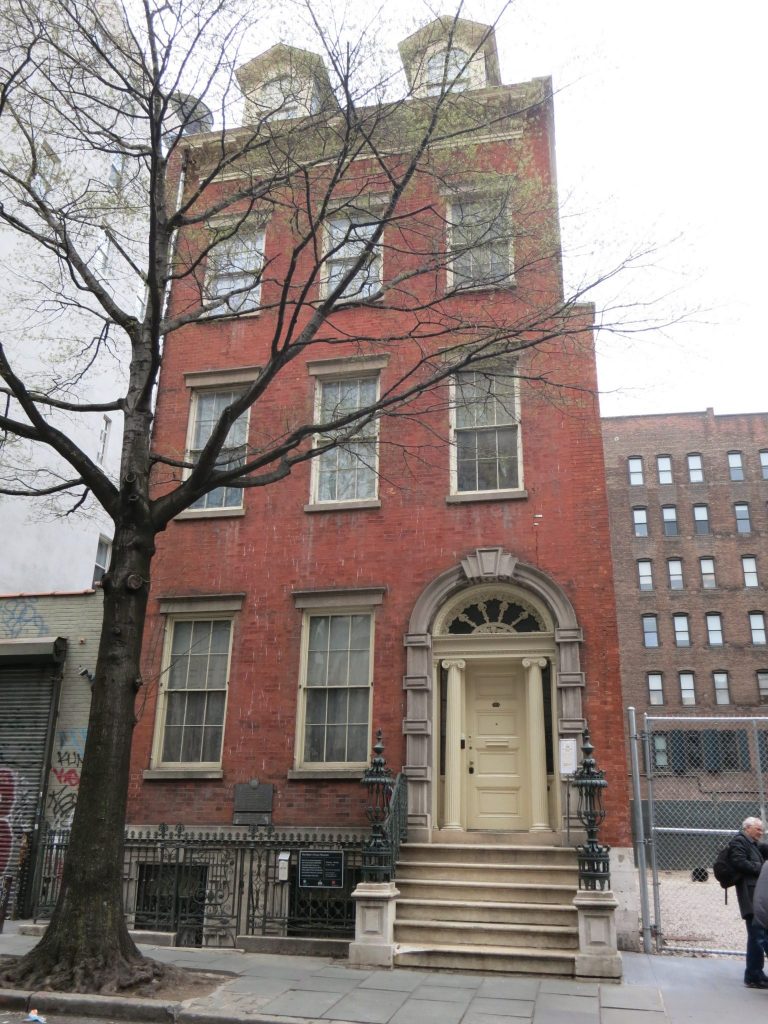 So there I went. And Lindsey was right: it was more authentic. Unfortunately, it also cost $10 to visit. (Note: Since I wrote this article, the admission charge has gone up to $15.)

Entering and paying my fee, I was handed a loose-leaf binder that spelled out a route through the house as well as including information about each room. That meant, then, that there were very few signs in the rooms to ruin the ambiance. It was all in the binder. 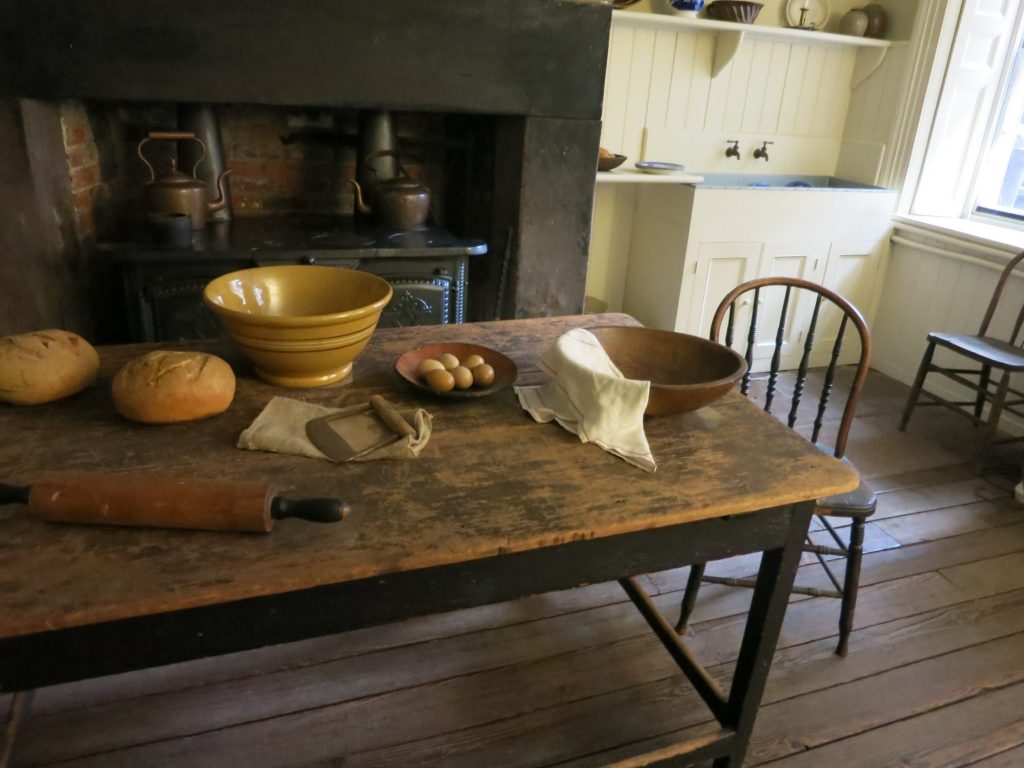 a view of the kitchen at Merchant’s House Museum

The reason Merchant’s House Museum is so much more authentic and has so many of the original furnishings is down to two factors. The last time it was extensively redecorated was in the 1850’s. From then on, the same family, the Tredwells, lived there and didn’t change anything. Then it became a museum very early, in the 1930’s.

The binder was specific enough to explain about particular pieces of furniture and their history. For example, a sofa that was in the family sitting room downstairs was moved there from the living room when the family redecorated in the 1850’s. I love that sort of detail! 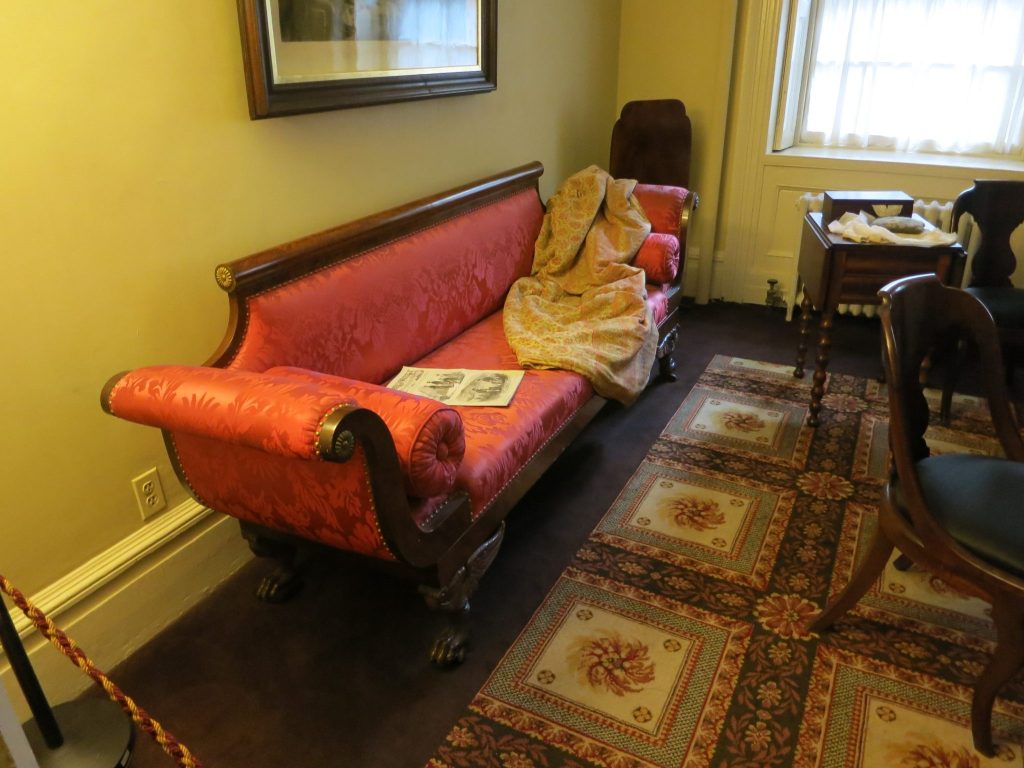 This became the second-best sofa when the upstairs reception room was redecorated.

The Tredwells, were, as the name suggests, merchants: in their case, hardware merchants. In the mid-1800’s there was big money to be made in trade, and this house showed their middle-class prosperity. Unlike Theodore Roosevelt’s birthplace museum, which has been recreated because of who he was, this house has been preserved because of the house itself and the light it sheds on a prosperous merchant’s life in that period. 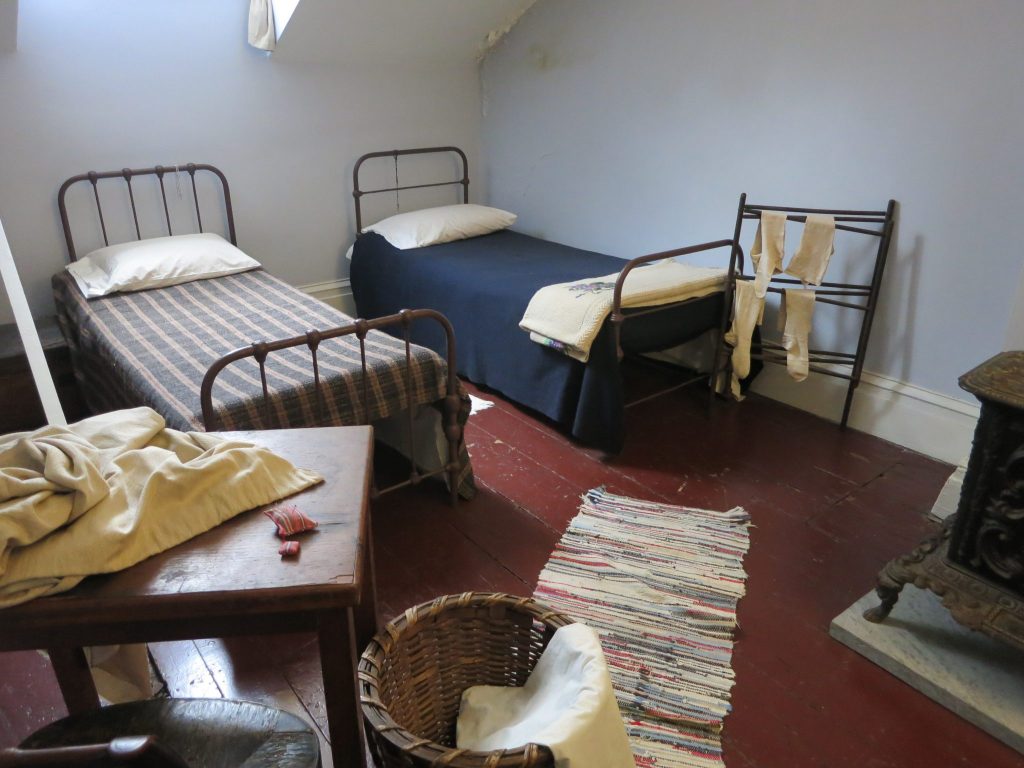 The “Irish Girls’ Room” up in the attic

My favorite room was the “Irish girls’ room” in the attic, where a succession of servants, not all of Irish descent, lived. The simple, homely room contrasted starkly with the rest of the house, showing the other side of the Tredwells’ wealthy lifestyle.

Despite not feeling any connection to the historic occupants, I found Merchant’s House Museum well worth the money and, in the end, much more interesting than the Roosevelt museum. And it was delightful to be able to investigate each room at my leisure, without a tour.