I’ve only been in Sweden for a few days, and I’m loving it. I’m not sure whether I’d love it in the winter, but, in July, it’s a great place to be.

I’m here for a TBEX (Travel Bloggers Exchange) conference: the same reason I went to Lloret del Mar in Spain last year and to Athens the year before. The conference hasn’t started yet, so I went on a short “fam tour” (familiarization), which I’ll post about soon, and I’ve also done some sightseeing here in Stockholm.

Right off the bat, I started noticing things that I liked in Stockholm and outside of the city, so I started a mental list. Of course, this is only based on a few days’ worth of first impressions, but here it is: 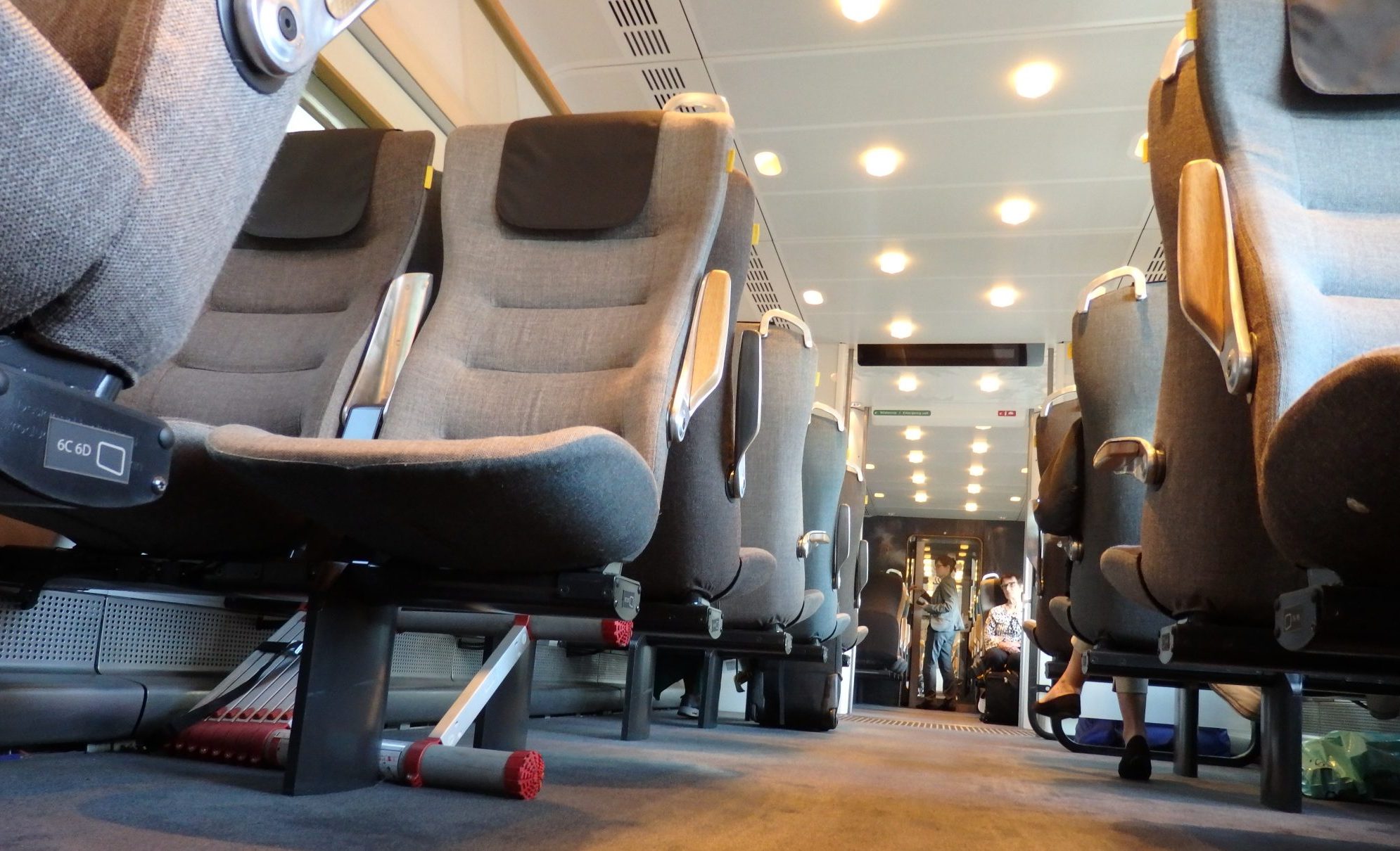 The well-designed Arlanda Express train from the airport to Stockholm, Sweden.

The first thing I noticed as soon as I got on the Arlanda Express train from the airport was how attractively designed the interior of the train was. Swedish design, clearly, isn’t just about Ikea, though seeing such attractive buildings, shop interiors, restaurants, and hotels makes it clear where the Ikea style comes from. Lines are clean and simple. Colors are often in shades of white and grey, accented with light natural wood or grey stone. Designs are well-thought-out, simple and straightforward.

When I was standing in front of a ticket machine in the metro, trying to figure out which ticket I needed to buy, a woman who had just bought her ticket noticed my perplexity. Even before I could ask, she approached me and offered to help. She took the time to look up where I needed to go on Google maps and helped me use the machine.

These unsolicited offers of help have happened several times. People in stores and restaurants are patient and kind with strangers. And everyone—really everyone—speaks remarkably good English.

The street signs show the numbers of the buildings in that block.

The street signs here have a brilliant feature: building numbers. Under the name of the street—generally completely unpronounceable—are two numbers. These show the range of addresses in that block. Since a street sign hangs on both sides of the intersection, you don’t end up having to walk half a block before figuring out that you’re walking in the wrong direction. The only place I’ve ever seen something similar is San Francisco. 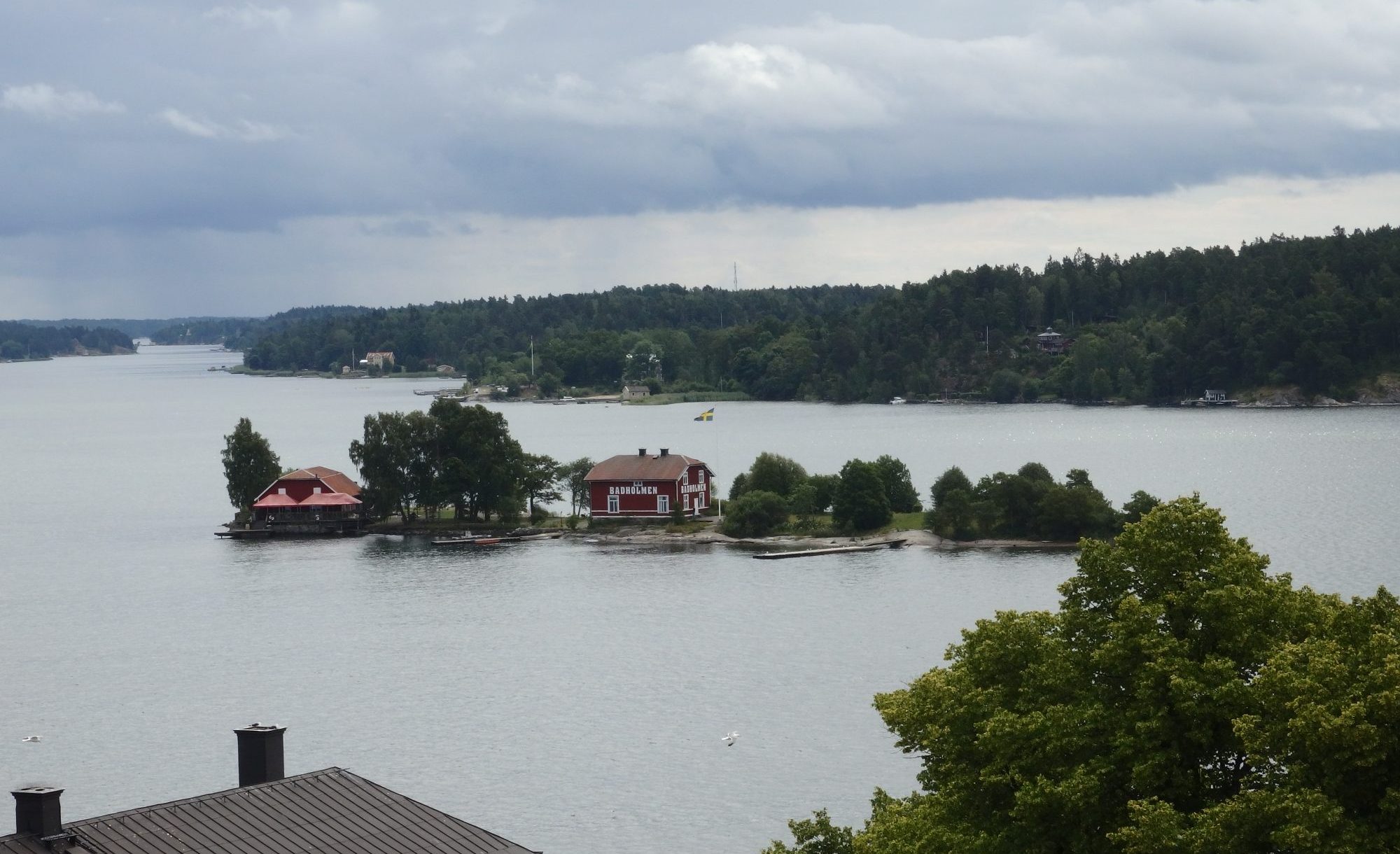 islands in the Stockholm archipelago, Sweden

Stockholm isn’t just the name of a city; it’s an archipelago as well. The city sits on a cluster of islands—I don’t know how many—but that’s only a fraction of the total. The archipelago encompasses 30,000 islands, extending both north and south. I’ll write another time about my visit to Nässlingen Island, but take my word for it: it’s gorgeous out there.

When you’re waiting at a crosswalk that doesn’t have a light, drivers stop for you here. Every single time. You don’t have to step out into the crosswalk to force them to stop; they just do. I love that!

A large number of the major museums in Stockholm are free. The Swedish History Museum, the Medieval Museum, the Maritime Museum, and the Museum of Modern Art, to name just a few.

I will never be enthusiastic about the ubiquitous herring in Sweden, but lingonberry juice is my new favorite drink. Tart, like cranberry juice, but with a deeper flavor all its own. Yum.

It’s not just that waffles are available here. That’s not such a big deal. But at breakfast, it seems to be normal to have a waffle maker at the ready, along with a pitcher of waffle batter. Pour it on, close the lid, rotate it so it turns upside down, then wait two and half minutes. An absolutely perfect, freshly made waffle. Again: yum.

9. The sky in Sweden

Sweden’s weather seems to change by the minute. It rains, sometimes heavily, but wait about two minutes and it’ll not only stop, but the sky will show a bright blue and you’ll be peeling off layers. The clouds that bring this changeable weather are high and fluffy and layered and dramatic. 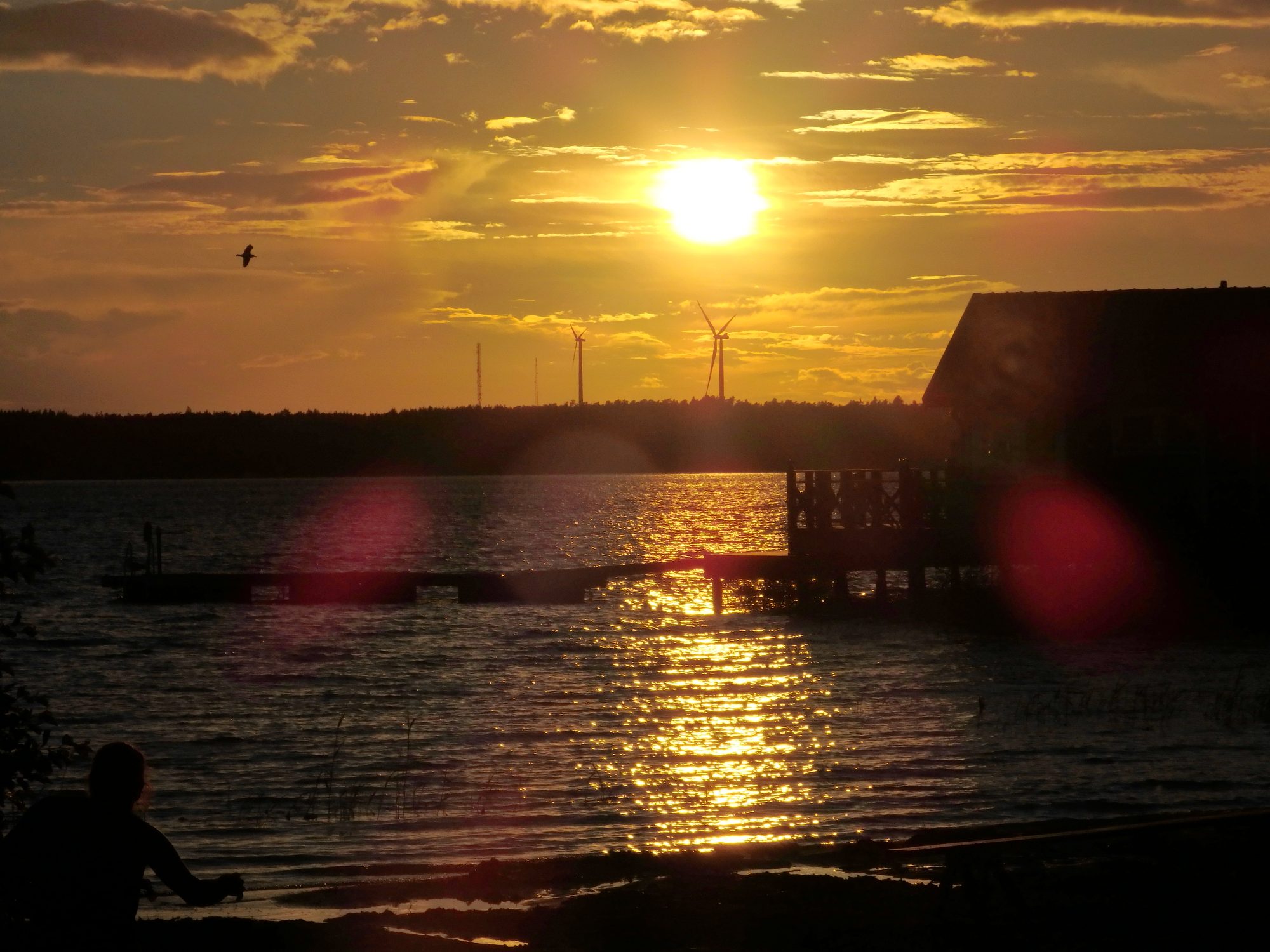 A slow sunset, as seen from Nasslingen Island, Sweden

Those clouds make for amazing sunsets. And not only that: this time of year, when the days are so long (about 3:30 in the morning to about 10:30 at night, and it never really gets entirely dark), the breathtaking sunsets last a really long time.

Sweden has, for want of a better word, a vibe about it. Perhaps it’s only because it’s summer, or perhaps it feels this way all year. I don’t know. But I feel a comfortable, chic, breeziness in the people I see here, whether they’re relaxing over coffee in a café or strolling along chatting together. From my outsider’s view, the Swedes and their whole society seem well-grounded, sophisticated and prosperous.

Are you planning a trip to Stockholm? Here’s a great post on EatBreatheSleepTravel called The Best of Stockholm in 2 Days.

Have you traveled in Sweden? What did you like there?