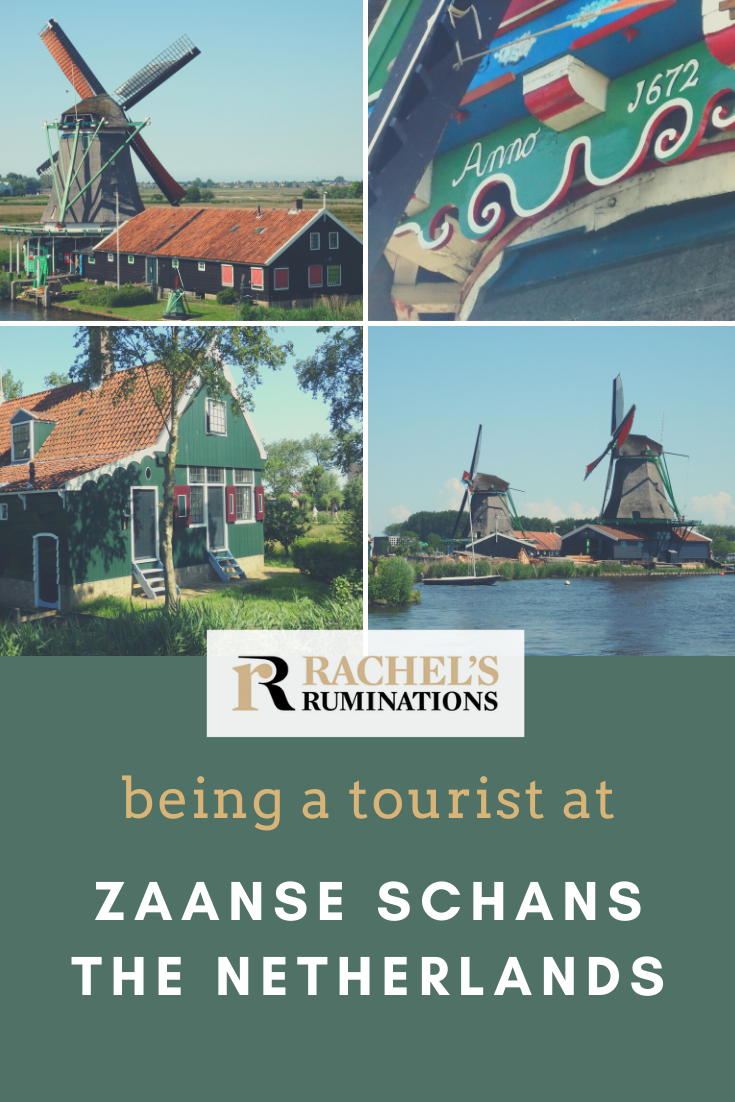 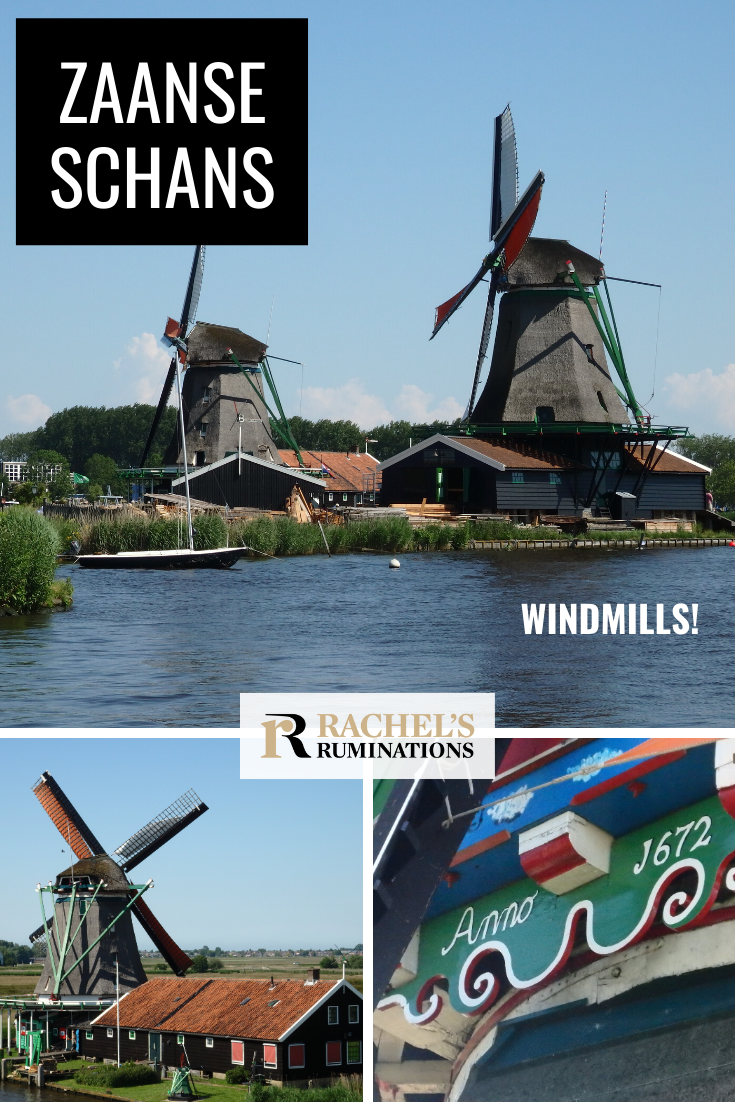 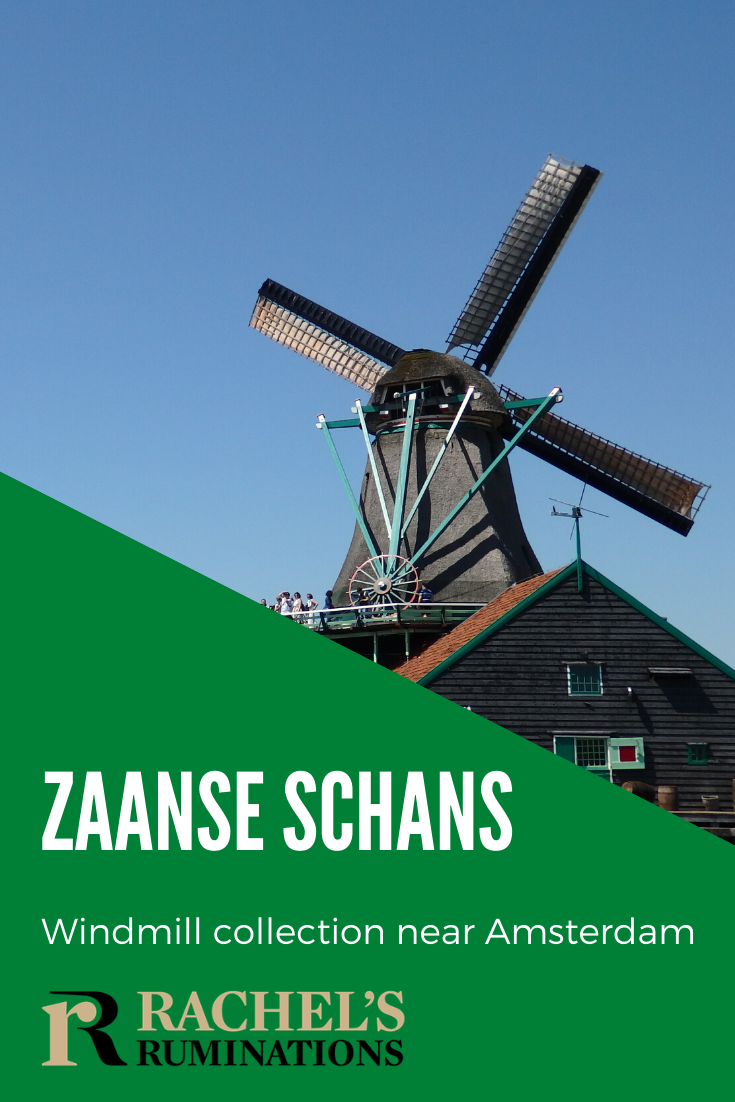 Frequent travelers often express a certain disdain for places that are “touristy,” meaning crowded with tourists: San Marco’s square in Venice, for example, or the Tower of London, or the Forbidden City in Beijing. Many of us avoid such places, preferring the more off-the-beaten-track destinations.

Disclosure: This post contains affiliate links. If you click on one of them and spend money, I will receive a small percentage of what you earn. This will not affect your price.

Tourist destinations, though, are popular for a reason. San Marco’s square is beautiful. The Tower of London and the Forbidden City reveal some fascinating history, and they’re beautiful as well.

I bring this up because I visited one of these very popular destinations last weekend: Zaanse Schans, north of Amsterdam.

Never heard of it? Well, you’ve probably seen pictures, since it’s home to a collection of historical windmills and is visited by bus-full’s of tourists from all over the world.

My husband and I went on a Sunday, and not only were the tourist hordes there in full force, but a children’s book fair was also taking place, bringing in the locals and their over-excited children.

Nevertheless, I loved seeing the windmills. I’d been there before on much quieter days; during the week and off-season it’s much less crowded. The problem is that many of the windmills close during the week, so I never got to see the insides. On a summer Sunday, almost all of them were open and in operation too. The video below will give you a quick impression of how they looked in action:

The area around Zaanse Schans, called the Zaanstreek, used to have 600 windmills powering its economic growth until the age of the steam engine. Built for industrial functions, they were used for grinding grain, cacao, spices or paint; sawing wood, or pressing oil.

Starting in the 1960’s, these historical mills and other threatened and antique buildings were moved to Zaanse Schans to create a collection and to preserve them.

What to do in Zaanse Schans

Today Zaanse Schans has six picturesque windmills arranged along the Zaan River. It’s also home to five small museums, most of them housed in centuries-old buildings brought here from nearby towns:

Several craftsmen display their work, including a distiller, a “cacaolab,” a candlemaker, a clog maker, a goldsmith and a tinsmith. And many of the houses in Zaanse Schans have, like the windmills, been brought here from elsewhere for their preservation.

If you want to see windmills and aren’t sure where the best place to see them is, make sure to read my post Kinderdijk or Zaanse Schans?, to help you make the decision.

The Windmills of Zaanse Schans

Each mill is individually operated, mostly by volunteers, and charges a small admission fee. You can also buy a Zaanse Schans card, which gives discounts for some museums and the windmills. It would be worth it if you’re there at a time when everything is open.

Despite the tourist crowds, you can see on the video above that Zaanse Schans is pleasant when the weather is good and the mills are working. When we got there, well past noon, we headed straight for the furthest mill, De Bonte Hen. That worked well because the tourists were mostly wrapping up their visit for the day, focusing on the gift shops near the entrance (cheese, mustard, chocolate, etc.). We had some of the mills more or less to ourselves, and were able to ask the millers questions.

We worked our way along the row of mills and were able to see them all, though that left no time to see any museums.

If you go to Zaanse Schans, set aside a whole day to see it well. If you go on a weekday or off-season, don’t count on the windmills being open, but you can still stroll around and admire them from the outside. On the Zaanse Schans website, the opening times are all listed, and can differ from one day to the next.

Go ahead: be a tourist!

Here are other ways to see Zaanse Schans:

Use booking.com to book your hotel stay!