As part of a blogger familiarization tour in July, I visited a manor house called Sparreholms Slott, in the region called Sörmland, south of Stockholm, Sweden. Dating to the mid-1700s and renovated in the 1820s and again in the 1890s, it looks, inside as well as out, like a slice out of Downton Abbey’s world.

(Disclosure: I received the tour, including admission to the museums, for free from Sparreholms and Visit Sörmland. All opinions in this post, however, are my own.) 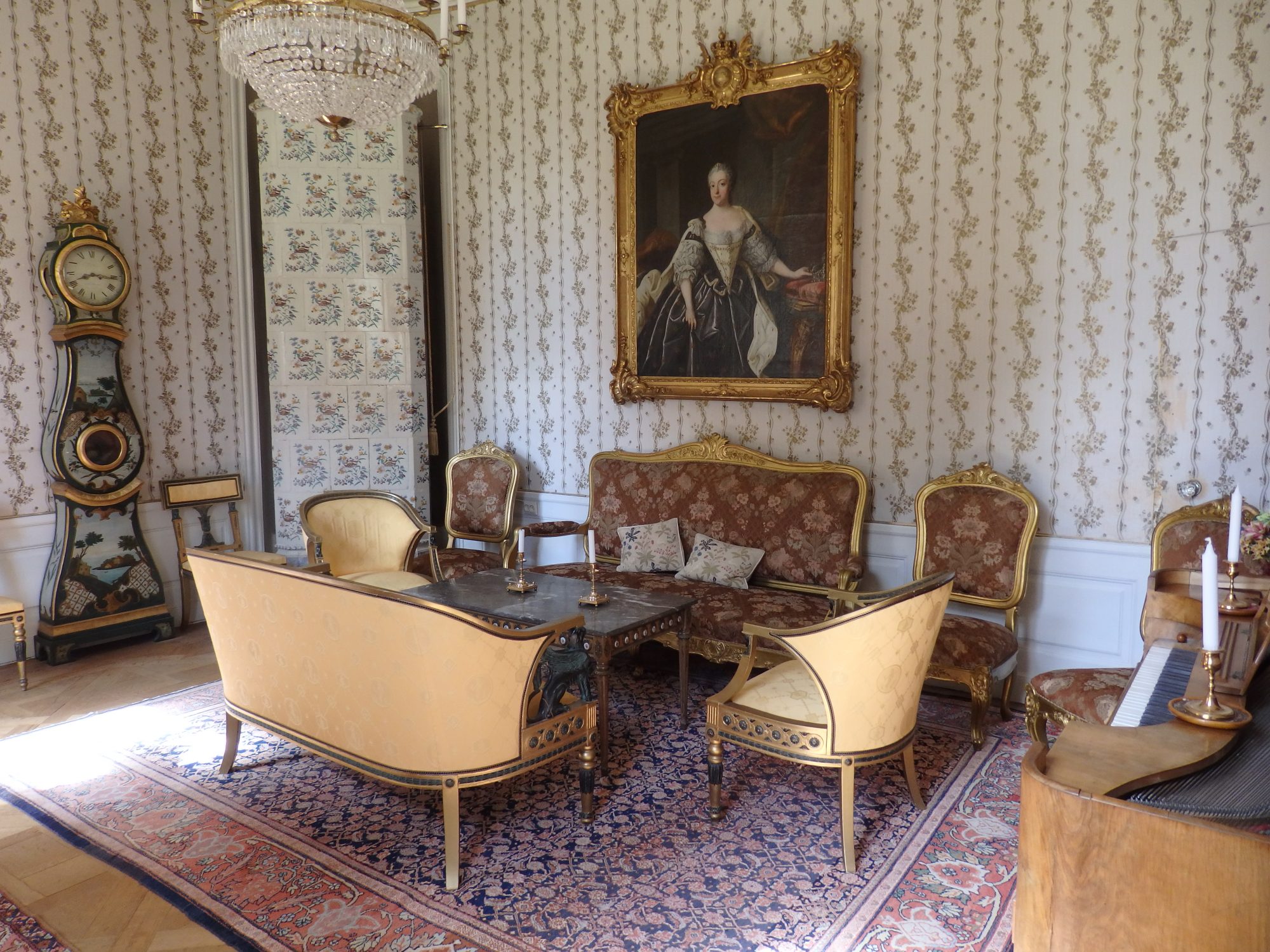 one of many lovely rooms inside Sparreholms manor

You know those TV shows that focus on hoarders? Hoarders collect all sorts of junk, refusing to get rid of absolutely anything. On the shows, the hoarder is helped to get rid of stuff, and to work through the issues that make him or her collect so much junk in the first place.

Helge Karinen, a venture capitalist, bought the manor when he retired in 1997 and moved his collections there. The family still owns it, and charges admission to see them.

One of his collections is cars. We saw about 70 cars, crammed together in one room, but apparently this is only half of the complete collection.

The cars range from the earliest inventions, predating the Model T (which is also represented in the collection), through the first half of the 20th century, up to and including some classic roadsters from the 1960s. Oh, and a DeLorean from the 1980s.

I never knew that Mercedes made a car for Hitler’s search for a “people’s car.” Volkswagen won, but apparently Mercedes made just a few of its prototype in its failed attempt. It resembles a cross between a VW bug and a Citroen 2CV, to my admittedly unschooled eye. 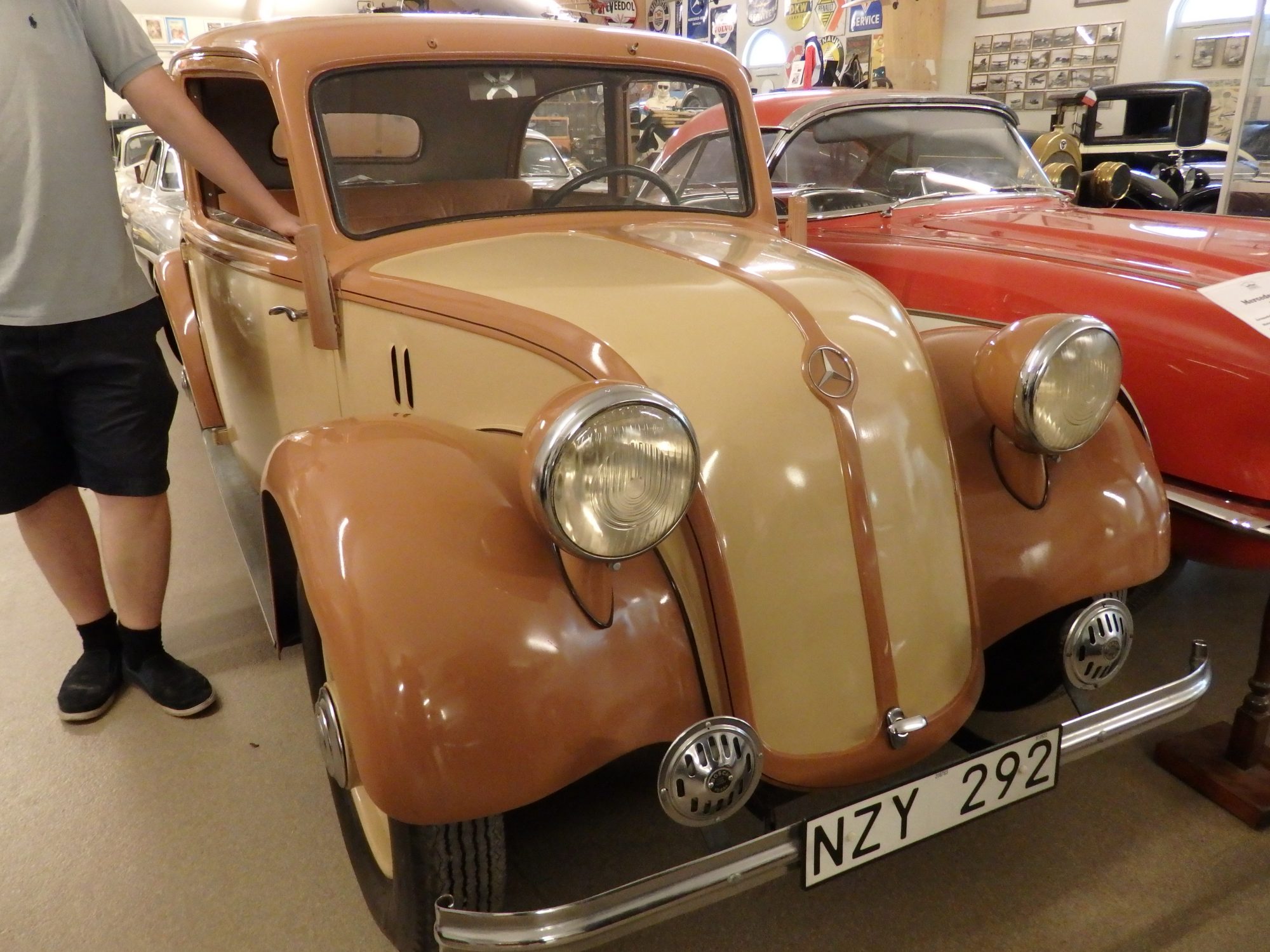 The cars are hard to view, and especially hard to photograph, given that only a few inches separate them from each other. Nevertheless, I was impressed at the thought that I was looking at millions of euros’ worth of cars in that one room. My favorite car was a lovely little 1955 Corvette. 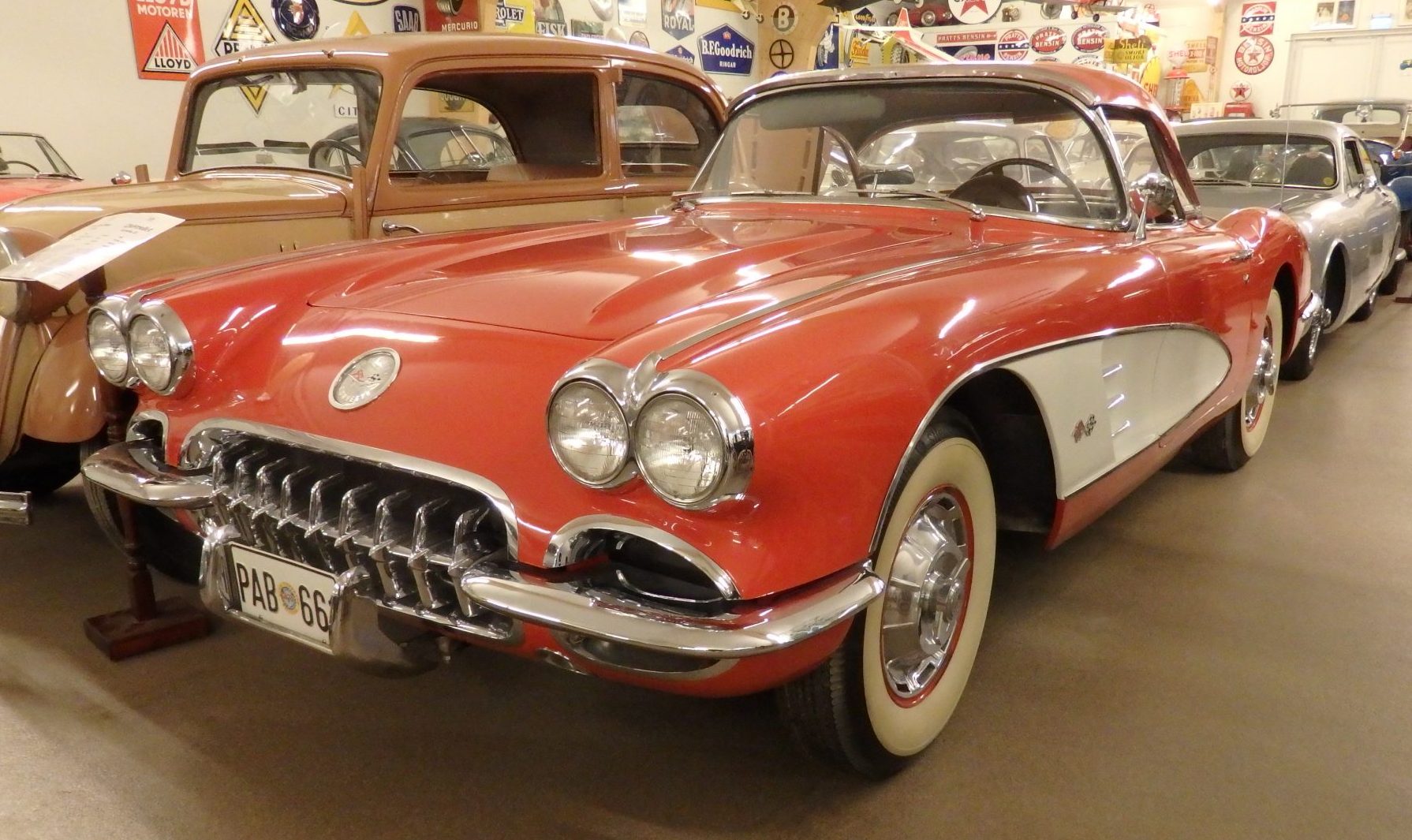 Many of the cars are displayed with the accessories of the time laid out, ready to go: driving gloves, for example, and goggles.

Supposedly all the cars are in working order, and they certainly look in mint condition, shiny and undented. 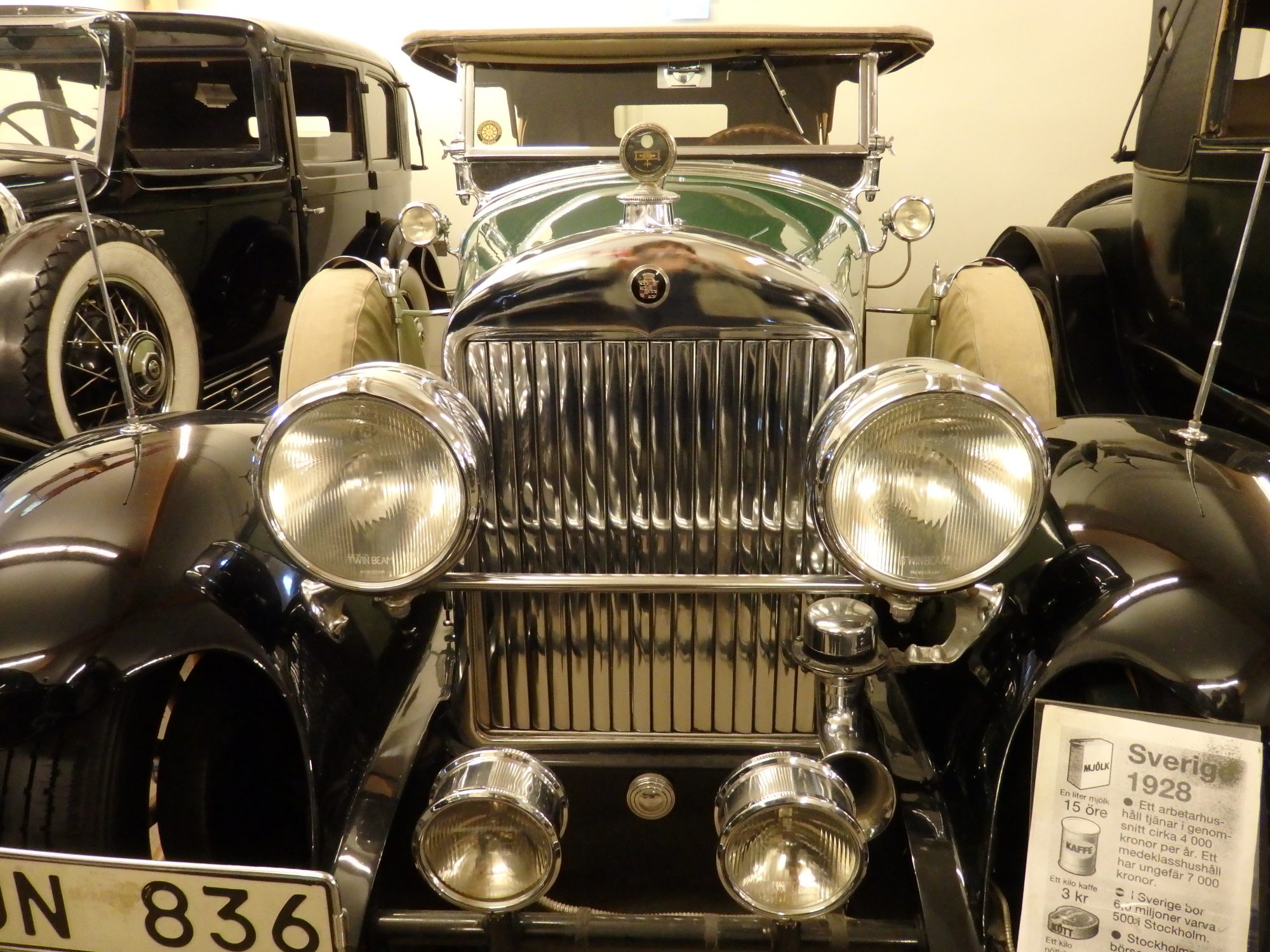 The “technical museum” is in a different building, and carries a separate admission charge. It houses more collections/hoards.

First, visitors pass through a few rooms filled with bicycles of all shapes and sizes, including the earliest types with no pedals and the Victorian-era cycles with one huge front wheel. In comparison, the collection of motorcycles is quite small. 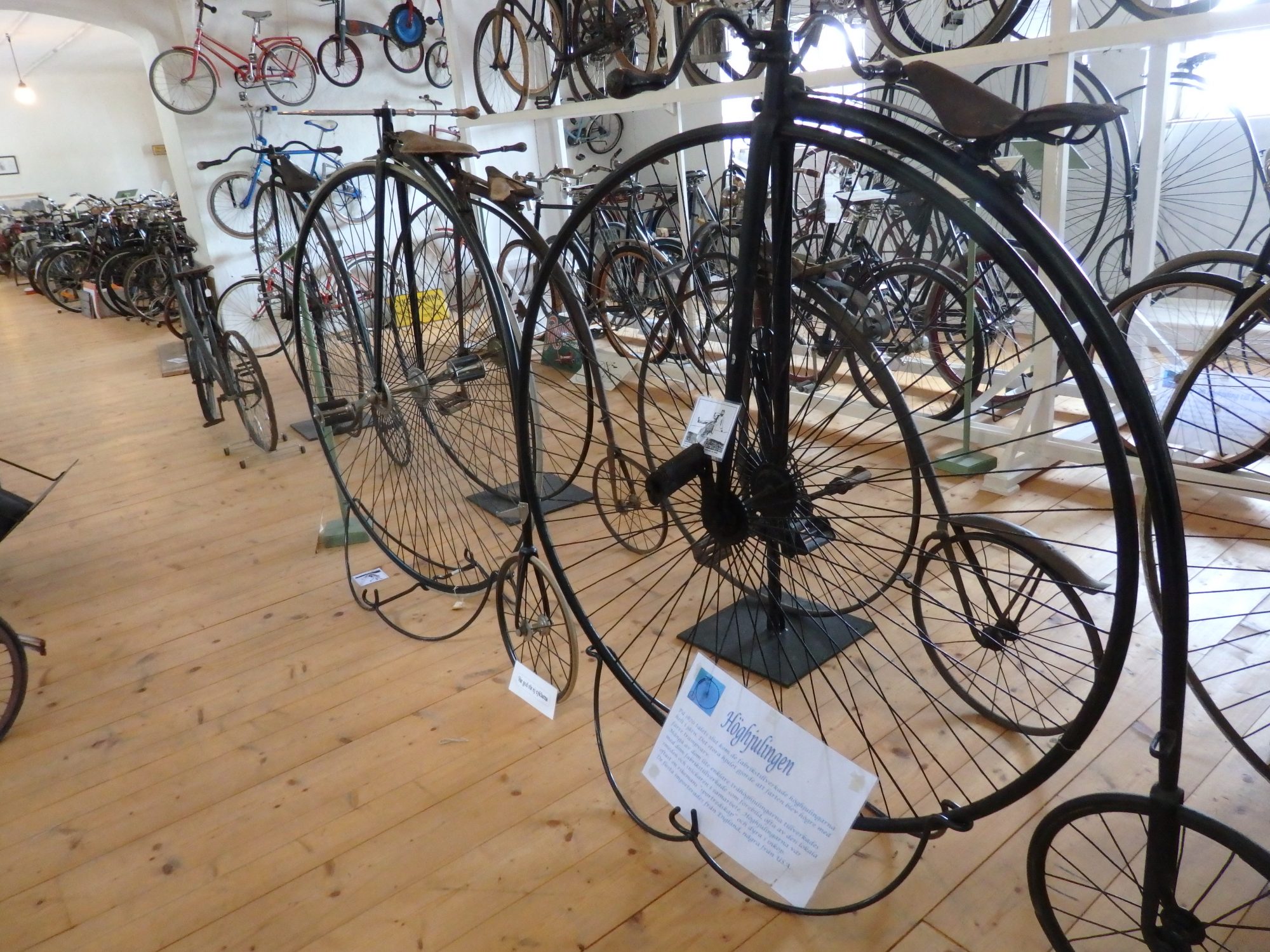 a part of the bicycle collection at Sparreholms manor

Upstairs stand roomfuls of jukeboxes, music boxes, and every other kind of music maker you can think of, crammed in under the rafters, on shelves, and lining narrow corridors. We saw examples of the first wax cylinder-playing Edison inventions. I had never seen a hand-cranked organ before (as in organ grinders and their monkeys). I never knew there were so many different permutations of music boxes that use metal plates with holes cut in them, which rotate in one way or another to activate the keys. The collection includes Victrolas that play the earliest record albums and all sorts of record players that followed them. 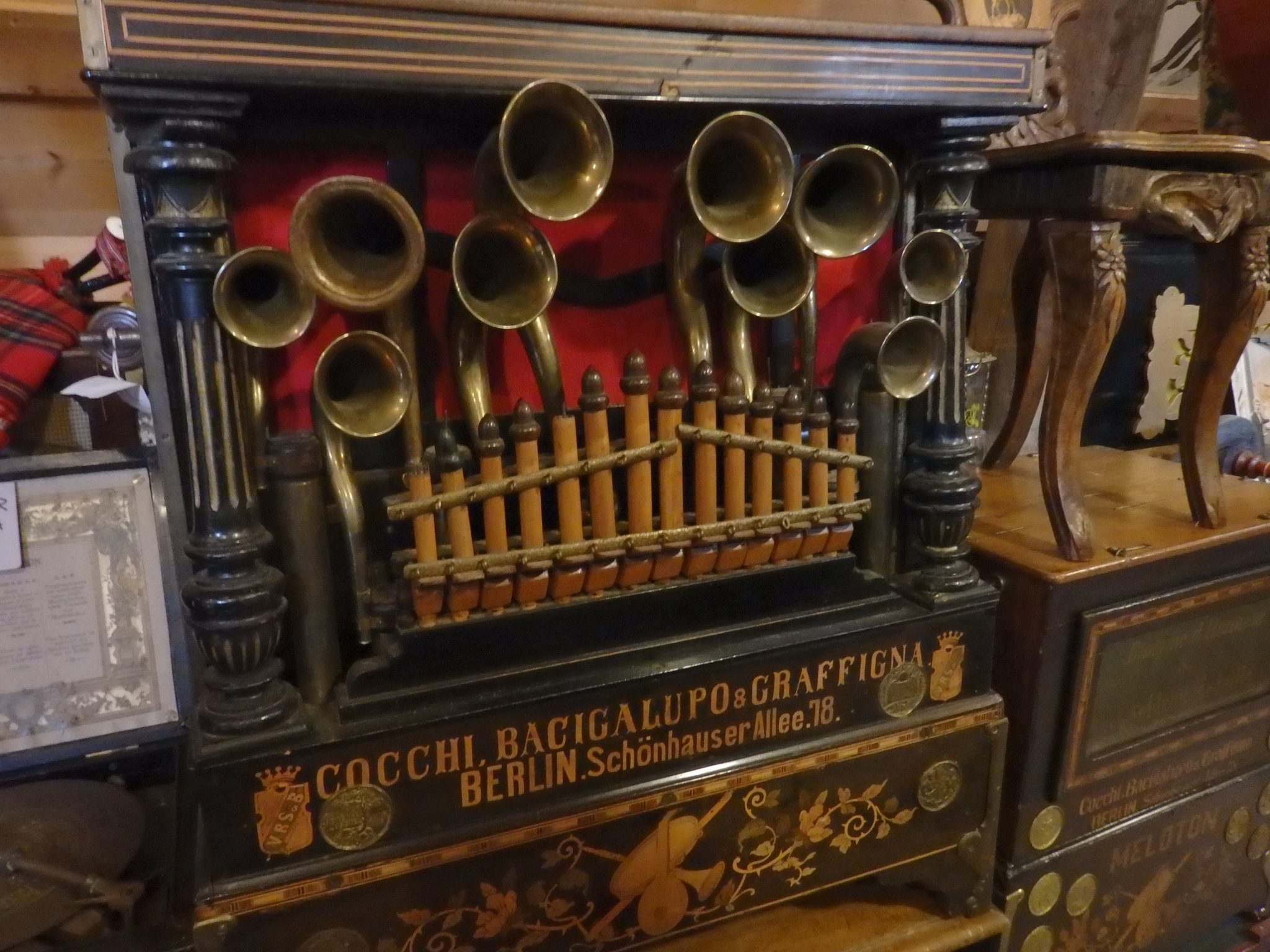 Not sure what this is; just that it played music.

But the most impressive is the jukebox collection, if only because of the garish colors. Some were the typical 1950’s diner type, while many were older and more complicated, with moving lights and other effects. 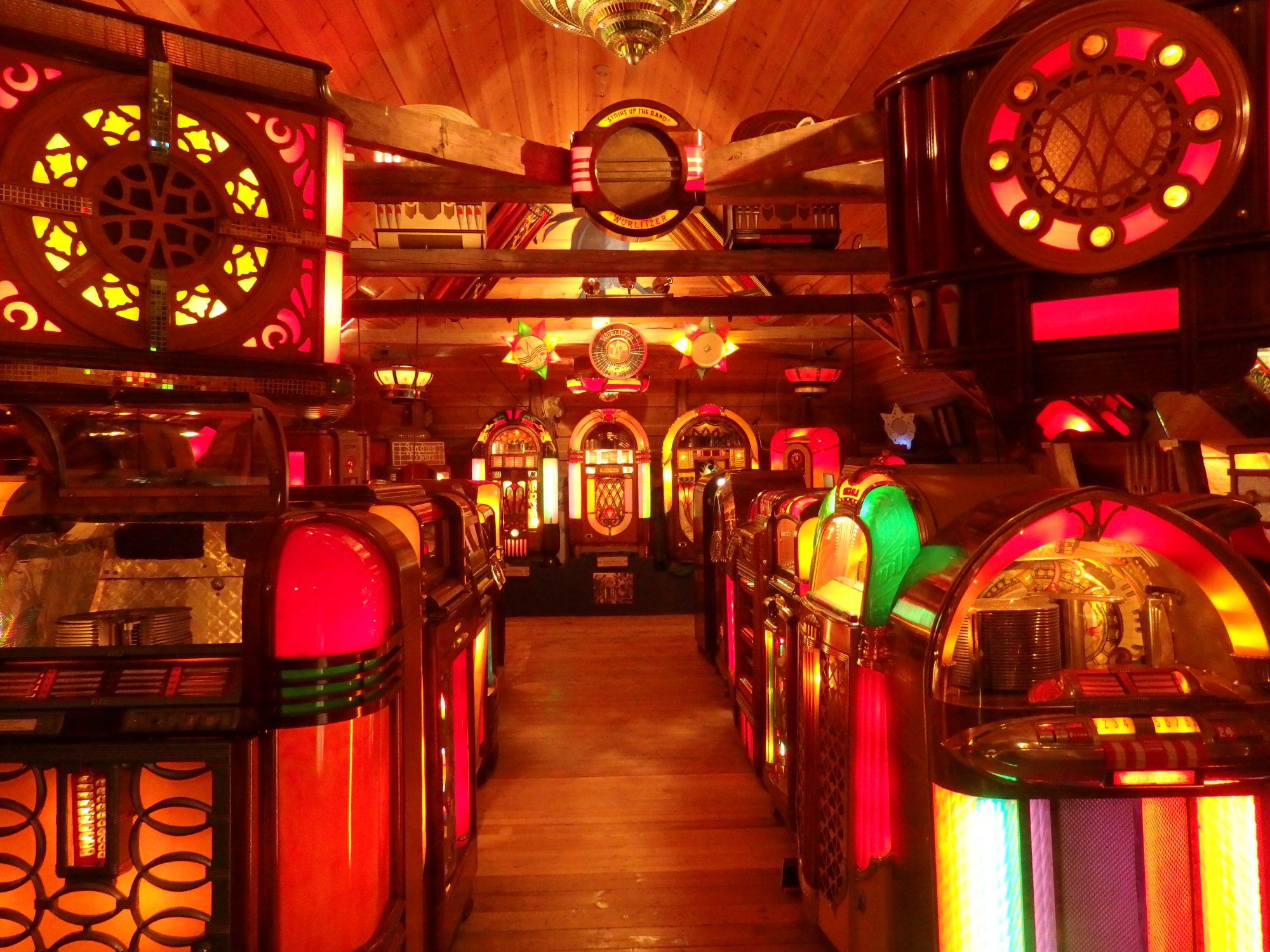 Our guide, a grandson of Helge Karinen, played a few of them for us, and turned on the electricity so we could see them in their full glory.

We didn’t visit this, but Sparrreholms manor also has a carriage museum and horse center that includes centuries’ worth of carriages and sleighs.

So was this guy a collector or a hoarder? What is the difference, beside money? In any case, even for a non-aficionado like me, I greatly enjoyed seeing these over-the-top collections.