When you think of Texas, you probably think of cattle ranching and oil companies, 10-gallon hats and cowboy boots. You would be right to some extent, but Texas history extends far beyond that. According to Wikipedia, the font of all knowledge, people have lived in Texas for over 10,000 years. El Paso is a good place to experience the state’s earlier history.

Starting from your choice of hotels in El Paso, you’ll find that most traces of the area’s Native American and Mexican history form a neat 25-mile-long line heading south, parallel to the Rio Grande. From north to south, plus an eastward detour, here are six stops to see the traces of El Paso’s history. 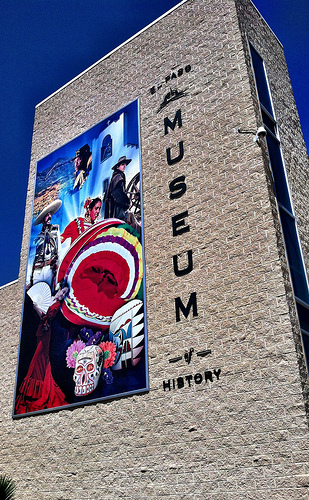 Your first stop, right downtown, is the El Paso Museum of History. Here you’ll find an overview of El Paso’s history through a series of historical objects and interactive displays. In addition to tracing El Paso’s Native American history, the museum illustrates the city’s history as part of colonial Spain, Mexico, Texas, and the United States.

Ciudad Juárez, the Mexican city right across the river from El Paso, was founded in 1659. El Paso, then just a little village, became the capital of New Mexico briefly, starting in 1680. It was under the control of Mexico until 1848, and then it became part of Texas.

About 20 minutes south of downtown, Ysleta del Sur Pueblo belongs to the Tigua tribe, which has about 3,500 members. This is the place to experience the region’s original Native American culture.

In the Cultural Center, visit the museum to learn about the Tigua Indians. If you’re there on a Saturday or Sunday or on a summer Friday, you can watch a traditional dance performance too. 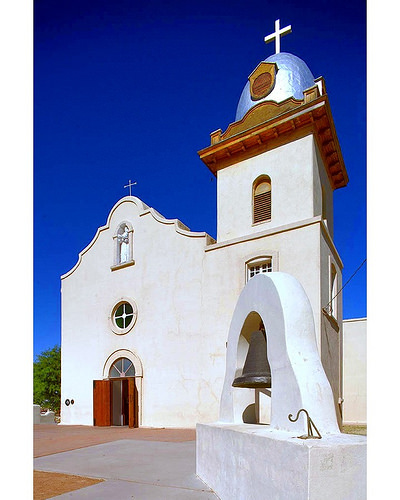 A quick walk around the block from the cultural center, Old Ysleta Mission is “one of the longest continually occupied religious buildings in the United States,” according to the National Park Service. Originally built in 1691, the mission has gone through a series of calamities, including a few floods, and has been rebuilt several times. It has a simple adobe exterior and a surprisingly ornate interior, decorated with both Christian and Indian symbols. 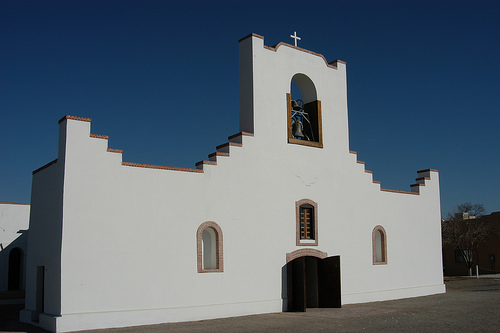 The simple, stepped façade of Socorro Mission. Image via Flickr by misha3637

Just six minutes south on Socorro Road is another National Park Service site, Socorro Mission. Like Old Ysleta, this church is still a living place of worship. Also like Old Ysleta, Socorro has a history of destruction by flood, followed by rebuilding.

The first building dates back to 1691. The surviving building dates to 1843 but keeps to the original style: an adobe brick structure covered with whitewashed plaster, with a wooden beamed ceiling. Again, the building shows elements of both Christian and Native American motifs.

Another elegant mission building at San Elizario. Image via Flickr by VisitElPaso

tay on Socorro Road for another 12 minutes, and you’ll reach the last of El Paso’s trinity of historic churches, the Presidio Chapel of San Elizario. Established in 1877, this was never a mission like the others. Nevertheless, it echoes the traditional style of thick adobe walls and beamed ceilings.

If Spanish and Mexican colonial history interest you, these three chapels are part of a trail designated by the National Park Service, in cooperation with the Mexican government. Called El Camino Real de Tierra Adentro National Historic Trail, it starts in Mexico City and ends north of Santa Fe, New Mexico. Its American section includes four National Park Service sites in Texas and 13 in New Mexico. If you’re really into mission architecture, another south-to-north trail in California links 21 missions from the Mexican border all the way to San Francisco. 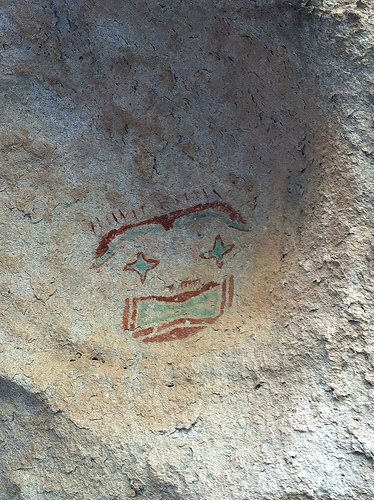 Apparently there are about 200 mask images in Hueco Tanks State Park. Image via Flickr by VisitElPaso

While you could visit all the above sites in one day, two days would really be better, especially if you want to include this last destination. Hueco Tanks State Park is about 45 minutes east of downtown El Paso. A variety of Native American tribes have lived there or passed through. Many left painted images on the rocks, featuring colorful masks and lively scenes of people and horses. These most ancient traces of El Paso’s history are certainly worth the drive.

Have you been to El Paso? What else would you recommend seeing?

Disclosure: This is a sponsored post. I received payment for writing it and including a link. All opinions, however, are my own!