A couple of times a week, I commute to my part-time job in Leeuwarden, in Friesland province. Sometimes I drive, but as much as possible, I like to take the train. I start by bicycling to the train station in the center of Groningen, parking the bike and boarding the train. 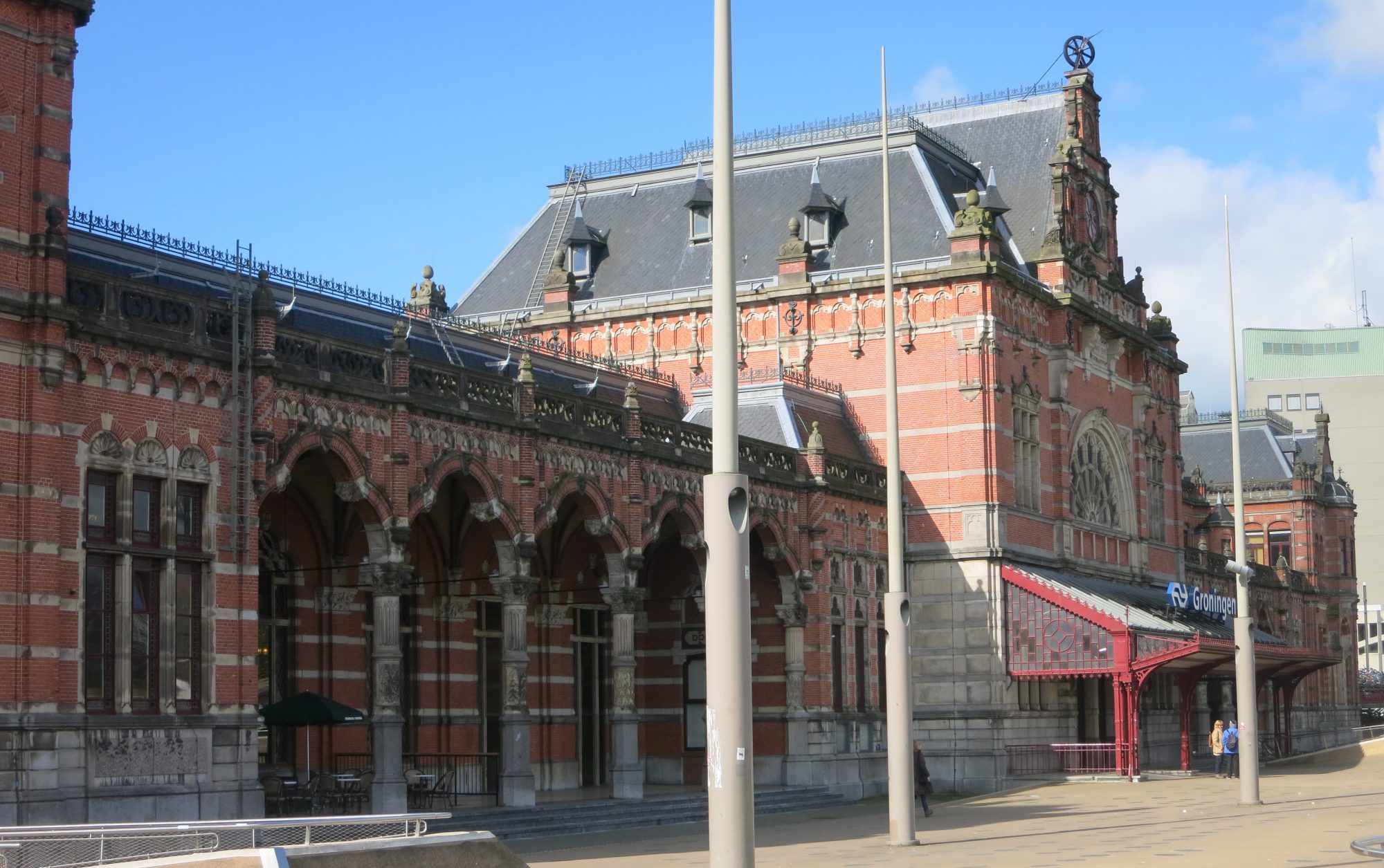 The train trip takes about 35 minutes if I catch the express; otherwise it takes about 50 minutes. In Leeuwarden, I finish my commute by riding my second bike, which I keep parked at the station, through the historic center of Leeuwarden to my workplace. (Factoid: There are more bicycles in the Netherlands than people.) 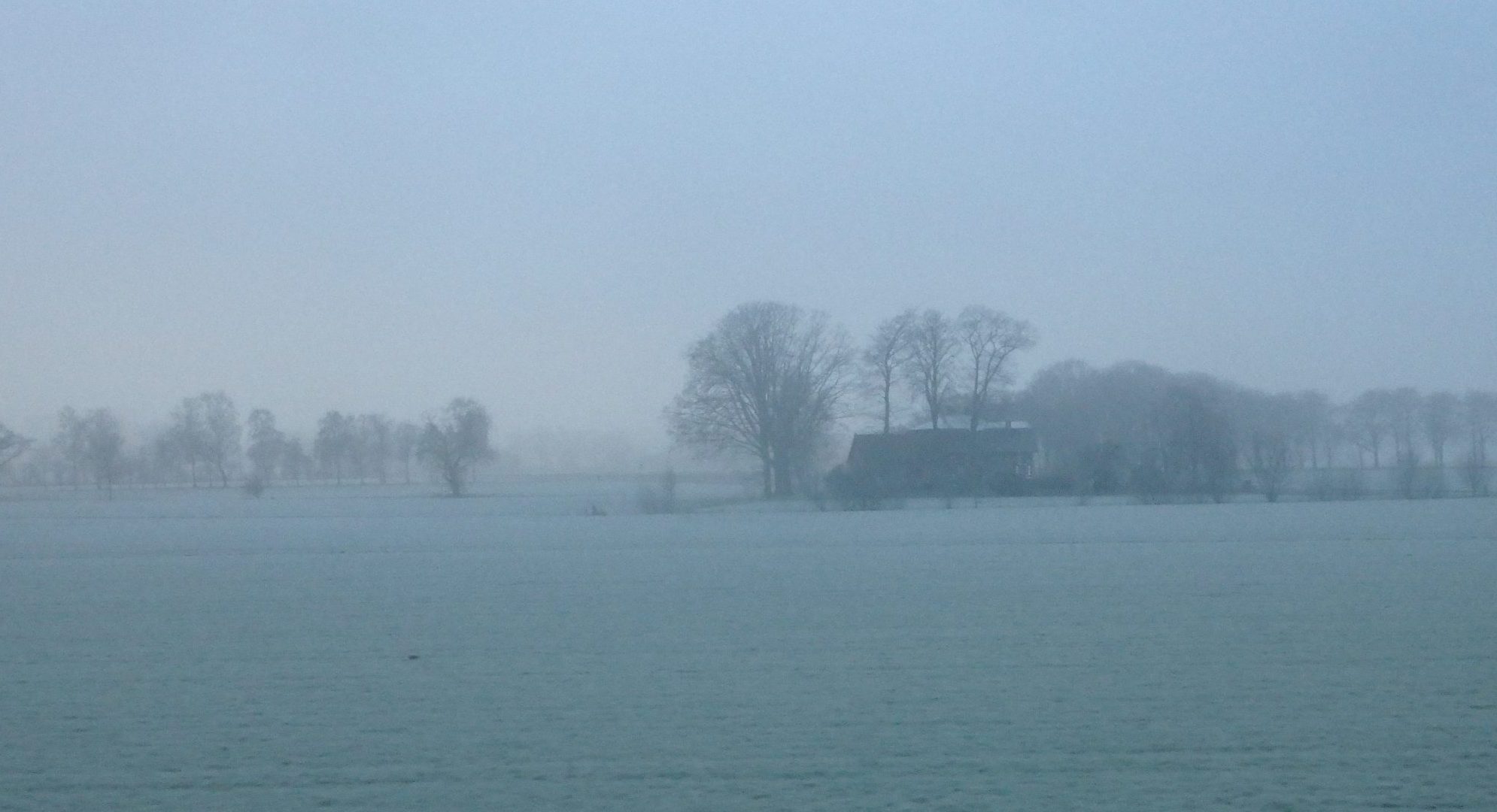 a farm on a frosty day

Through the train window, the scenery is beautiful: pancake flat, usually green, and dotted with bucolic farms. I have time to appreciate the passing images, and occasionally I think to snap a picture or two. Usually I don’t have my camera with me, so I use my phone. 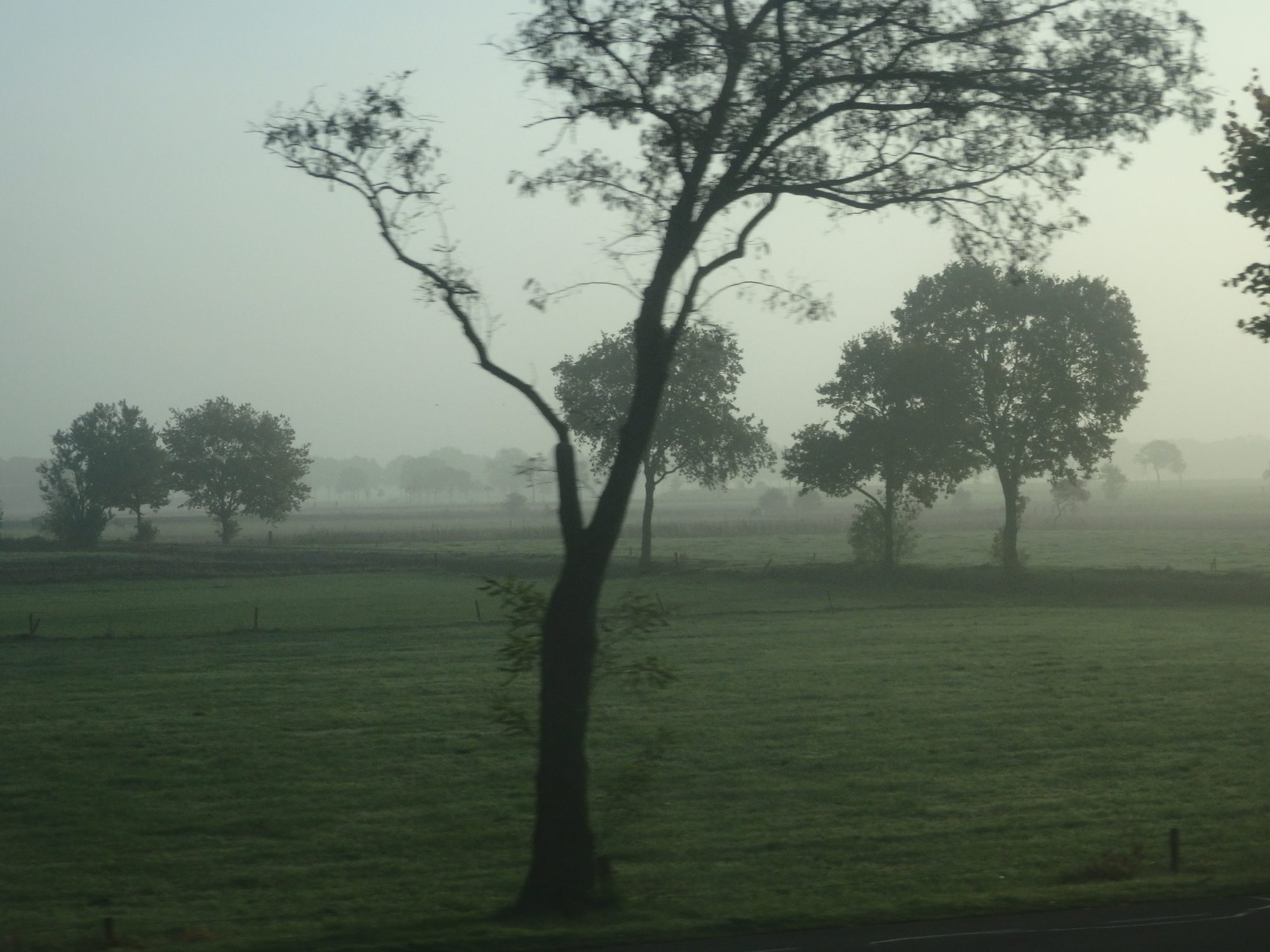 Sometimes in the mornings, a mist hangs over the fields.

The train windows can’t be opened, and are varying degrees of dirty, which adds a slightly grey patina to the photos. To me, it matches the weather: grey, more often than not. 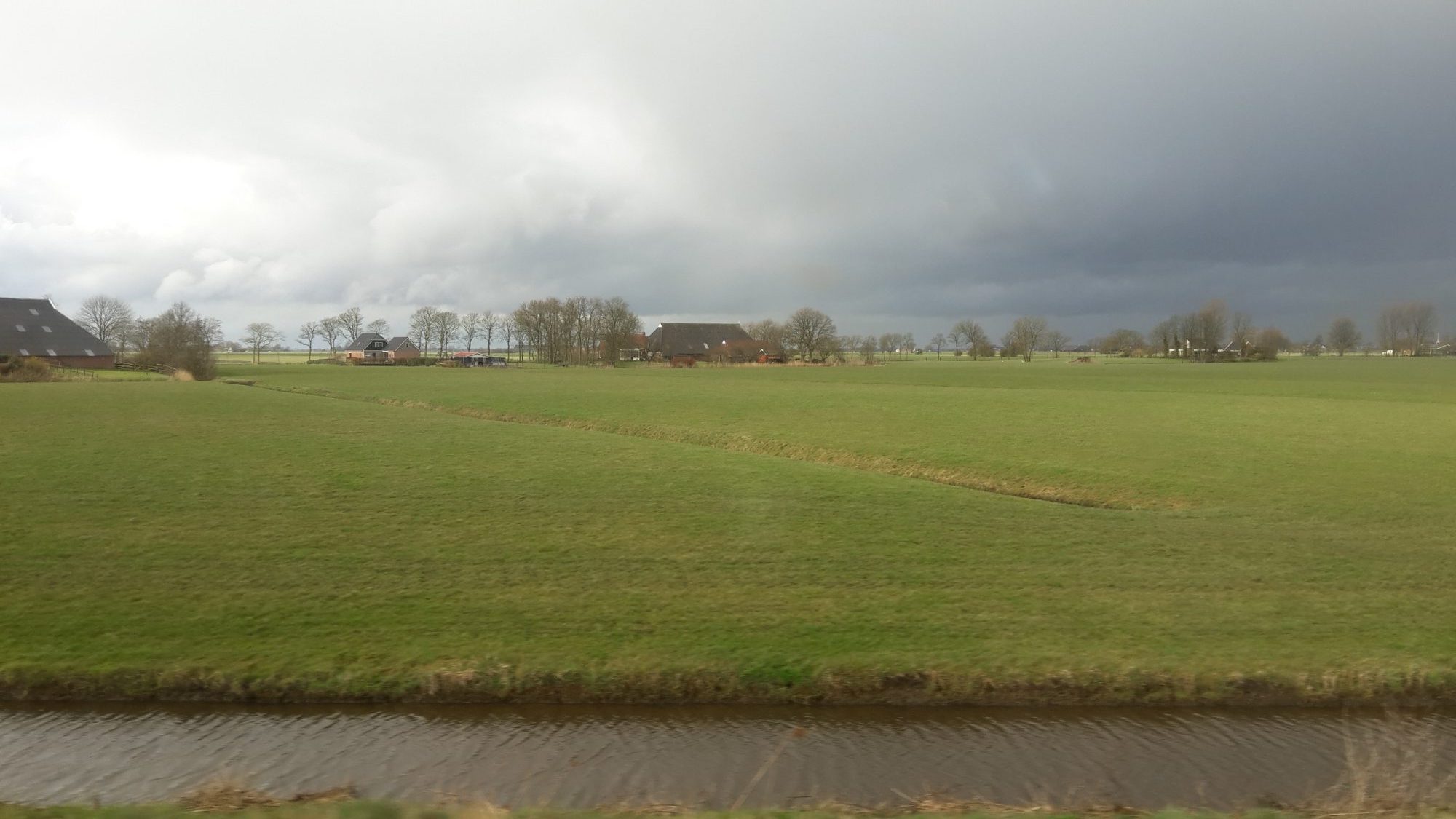 a rainy day somewhere between Groningen and Leeuwarden. Notice that fields here are not defined by fences, but rather by water-filled ditches.

It occurred to me yesterday on my commute home, as I gazed absently out the window of the train, that I’ve taken lots of pictures of these passing scenes, yet I’ve never shown them to anyone. I decided it was time to go ahead and show you some. 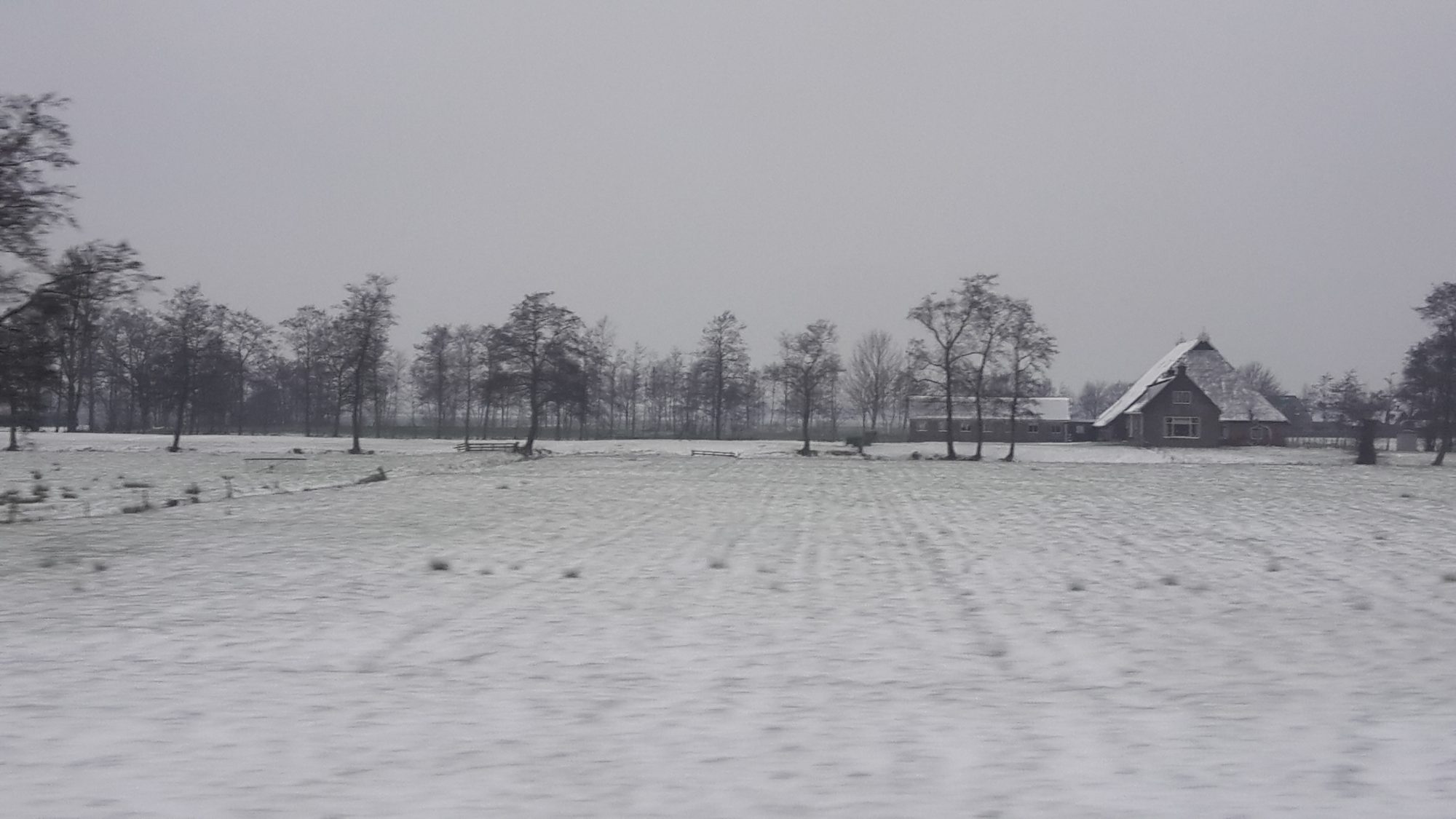 after a dusting of snow

As you can see, they’re not the highest quality because a) I used my phone’s camera, b) the window was dirty, and/or c) we were moving fairly fast at the time. Nevertheless, to me they have a certain atmosphere: a muted quality that matches my meditative mood as I commute. It’s a time to pause, a moment of suspension, and a time to think between two bursts of bicycling activity.

Speaking of bicycles, the photo below was taken at one of the stations along the way. (Another factoid: Bicycle theft is one of the most frequent crime in the Netherlands.)

Bicycle parking at one of the stations along the way. Even on a rainy day, people bicycle.

The sun does occasionally shine, however, and on those days the mood on the train is always more lively. 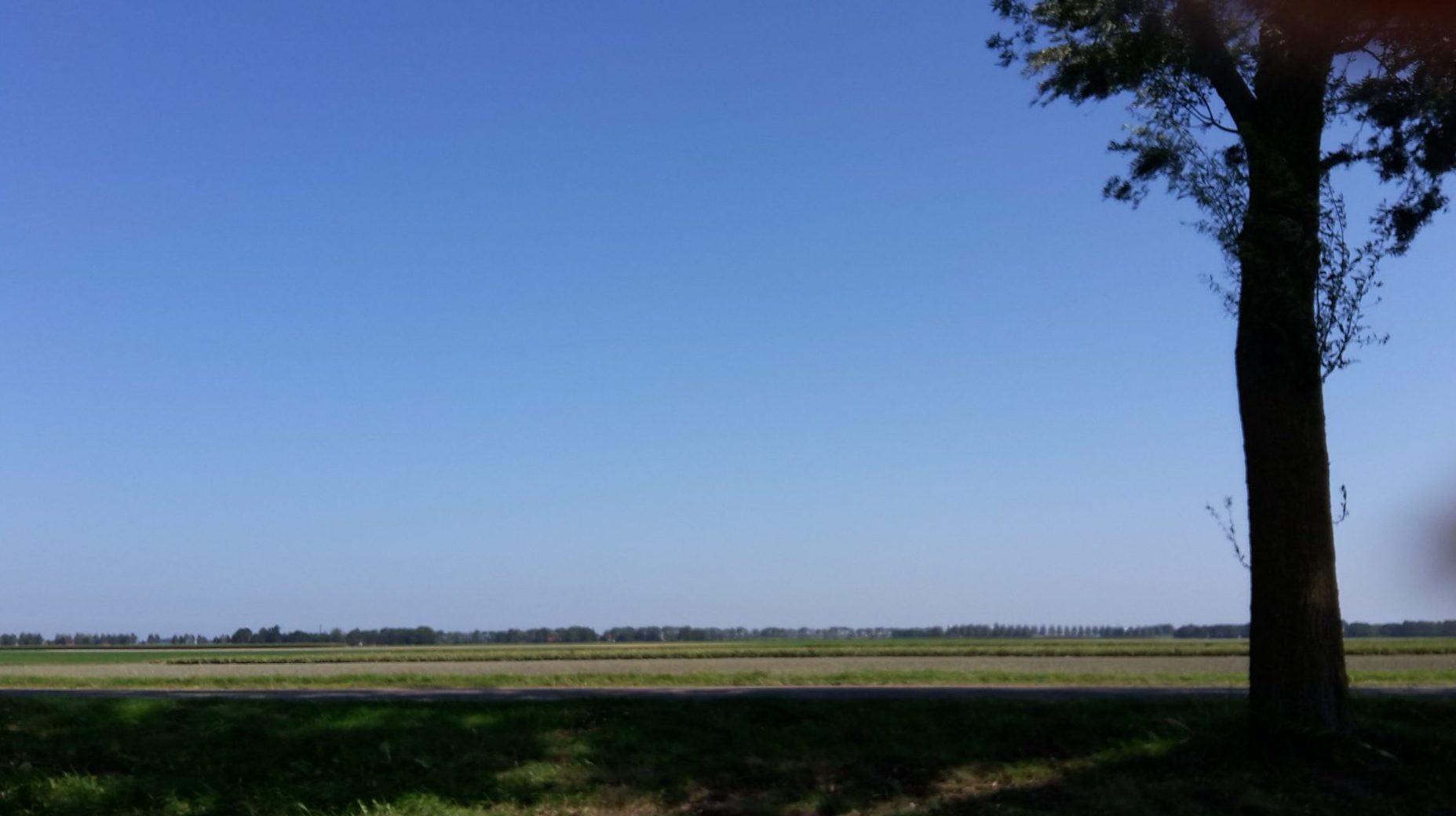 A sunny day at last!

How do you get to work? What is your commute like? Do you see beauty along the way? Add a comment below!