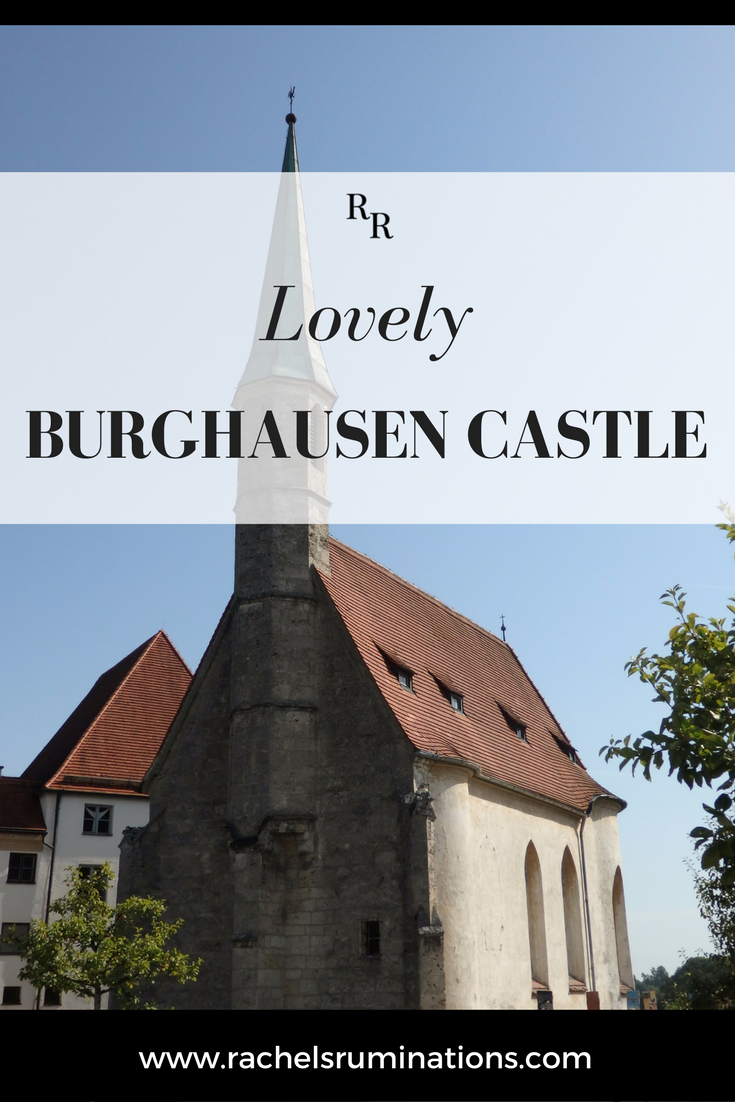 I love castles, especially the medieval kind. I wrote about this attraction to everything medieval a few years ago, trying to get at why we like it, when that historical period was clearly such a terrible time in Europe.

But anyway, as a result, I visit castles pretty much whenever I can. So this summer, as we were on our way to a vacation in Romania, we decided to make a stop at Burghausen Castle. I’d never heard of the place, but it was marked as a castle on our old-fashioned paper map. A quick Wikipedia check showed that it was pretty.

It’s more than pretty. I think Burghausen may rank among the prettiest medieval castles I’ve ever been to.

The building of Burghausen Castle started in 1255, ordered by Duke Henry XIII of Lower Bavaria. Over the next two centuries, the Dukes of Bavaria-Landshut expanded it and extended the fortifications around the whole hill. Duke Henry XVI sent his wife to stay there, something that continued under his son and grandson, so that the castle became, essentially, a home for widows and rejected wives and consorts.

In the 1500s, with the ongoing threat from the Ottoman Empire, the castle was strengthened and fortified further up until the 18th century. In 1779 it became a border castle with Austria. Later, in the 1800’s, the outer walls were torn down by the French and it generally lost its usefulness for defense under Napoleon.

Several renovations in the 19th and 20th century, along with partial privatization of parts of the castle, and what we see today is simply charming.

Arranged along the ridge of a hill, Burghausen is the longest castle in the world, at just over a kilometer long from end to end. It includes five courtyards in a row (six by some counts). On one side it overlooks the Salzach River, which is the border with Austria. On the other side is a lake called the Wöhrsee, which used to be a branch of the river.

The fifth courtyard is where you first enter. At this point, it looks like a picturesque old street with a clock tower in the middle and a couple of interesting older buildings. We didn’t actually realize at this point that we’d entered the castle. Originally, a fortified building stood here, closing off the castle complex.

Several of the buildings around this courtyard look like they are private homes. Imagine living in a castle!

You can visit an art gallery or a photography gallery in the fifth courtyard. We didn’t, since we were focused on seeing the castle.

Here it begins to look like a castle in that there are old stone walls around this courtyard and a very picturesque gate with towers straight ahead. Peering over the walls, you can see the Wöhrsee on one side and the town of Berghausen on the other (also worth a visit but I’ll get to that later.)

The main attraction here is a little late Gothic church called Hedwig’s Chapel (1479-1489). Duke George the Rich of Bavaria built it for his wife, Hedwig, daughter of King Kasimir IV of Poland. You can see it in the pinnable image at the bottom of this post.

This courtyard is long and narrow. Unfortunately for us, the most interesting building in this courtyard, called Aventinus House, was hidden by scaffolding when we visited. It has a stepped gable and was also built in the 1400s.

The long simple building opposite is a reconstruction of a stable building that used to stand in the same place.

Walking through another large gateway, we entered the smaller second courtyard, dominated by a large, plain, rather grim, rough stone building with barred windows. It was called the Kurzer Kasten and dates from 1427. Originally it was an armory, with grain storage on the upper floors.

Opposite this building is a row of watchtowers. An opening in the wall leads to a small, lower, side courtyard and a path down to the town square below. From here we again had some spectacular views.

From the second courtyard, we approached George’s Gate, crossing a bridge over a moat. It’s a permanent bridge now, but once upon a time it would have been a drawbridge.

The gate is more or less original and dates from 1494. The large coats of arms to the right of the doorway mark the marriage of Duke George the Rich (Bavarian coat of arms) to Hedwig of Poland (Polish coat of arms) in 1475.

This courtyard beyond the gate is also quite narrow and long, edged with high walls. The castle café is here, housed, appropriately, in what was originally the castle brewery. We saw more splendid views, and a stairway, once fortified, leads down to the town.

While I was at Burghausen Castle, I did several Facebook live videos. Most of them came out too pixelated to be much use, but this one is a bit better. It shows from the 2nd courtyard into the castle courtyard. It’s a bit long, so I won’t be offended if you skip around!

Another imposing gate guards the entrance to the castle itself, again including what was once a drawbridge over a moat. This one is the highlight: an absolutely classic just-as-you-pictured-it castle courtyard. It’s not large, and it’s irregularly shaped, and I could imagine riders on horses clopping into it on the cobblestones, hurrying to deliver important messages, servants scrubbing clothing in tubs or carrying wood or doing any of the various chores that would have supported such an establishment.

Like any self-respecting castle, this one has a tall castle keep, a portcullis (well, the slot for one anyway), a dining room and ballroom, residences for a royal family, a chapel, a dungeon, and a treasure chamber. Many of these spaces are now used for a museum. Most of the buildings here date to the 15th century, though some are older. The Gothic-style Elisabeth chapel, for example, was built in 1255 and modified in the 15th century.

In the museum, you can take the stairway up onto the roof for 360-degree views: along the river, down over the town, and back along the kilometer-long castle.

The town of Burghausen

We had briefly driven through the town of Burghausen on the way to the Burghausen Castle and decided to go take a closer look. The old center extends along the river, and while it had been there for many centuries, it was at its height in the 15th and 16th centuries. The dominant industry was trading in salt from Heilein, a salt mine near Salzberg in Austria. However, that ended when the Dukes established their own salt monopoly at the end of the 1500s and the town declined after that.

The town saw its rebirth when a chemical company, Wacker, opened production plants in Burghausen in the early 20th century. Today, you can see the results of its prosperity in its charmingly restored town center. I particularly liked how these lovely old buildings have been painted: mostly in pastels, with the ornamentation along the roof, windows and doorways in white.

Most foreign visitors head for the castles along the Rhine River in Germany, or they go to Neuschwanstein, the castle that inspired Disney. Definitely go see them, but I don’t see why Burghausen isn’t on that must-see list. It’s among the best I’ve ever seen.