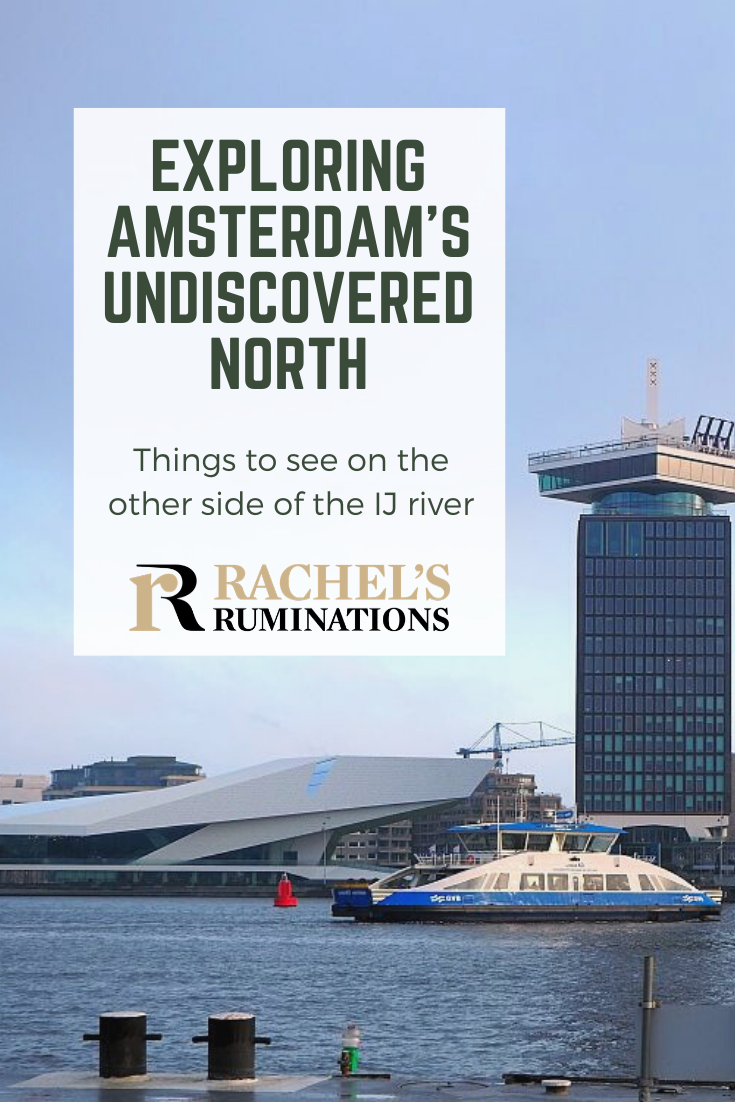 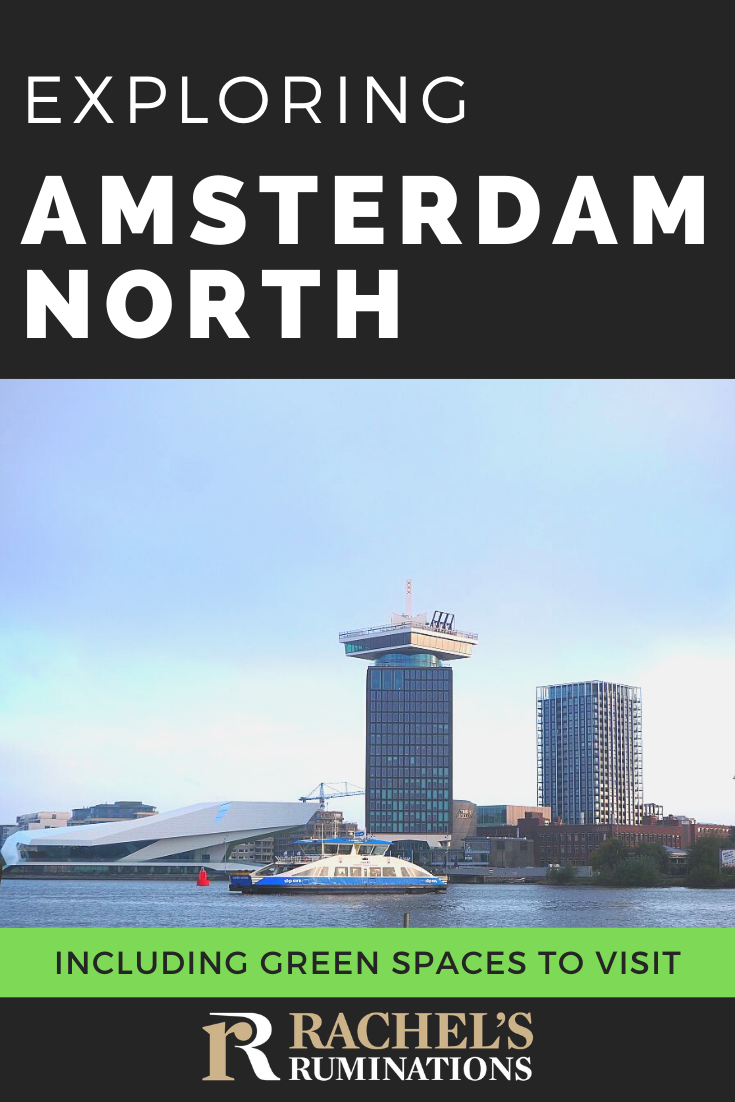 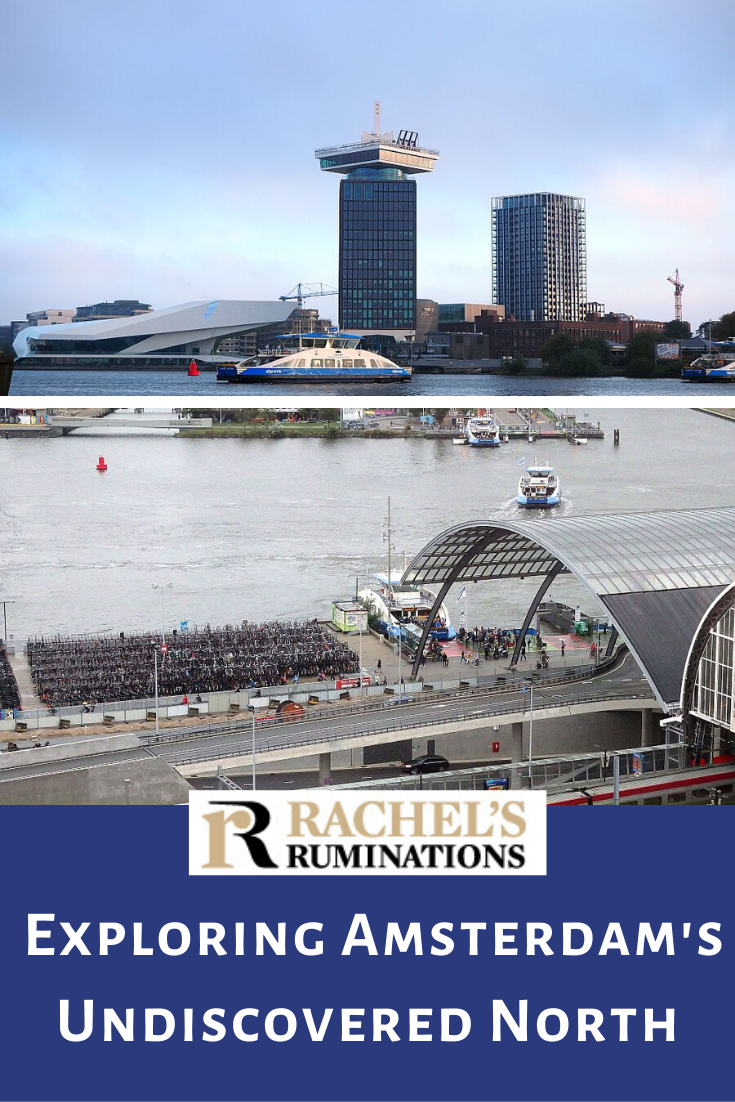 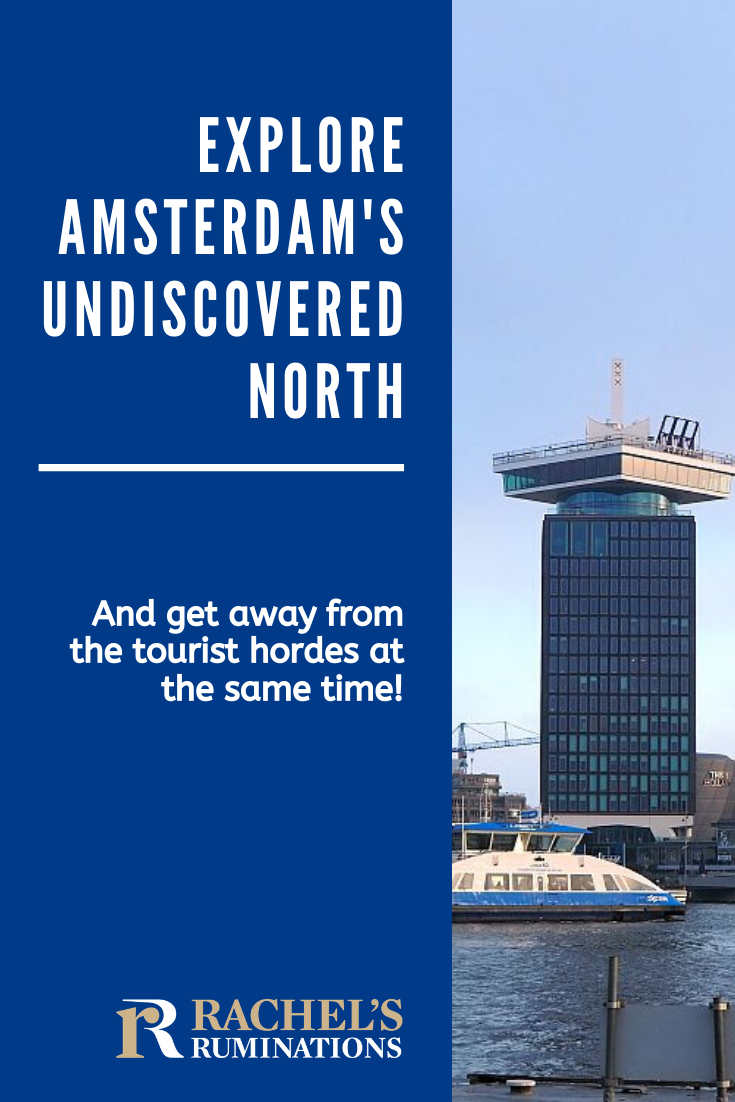 Once overlooked by travelers, the borough of Amsterdam Noord (Amsterdam North) has developed into a thriving artistic community, a spot for dance and music festivals, and an escape from Amsterdam’s chaotic and touristy center.

This is – or, rather, was – a sponsored guest post, originally published by thehipmunk on Hipmunk’s Tailwind blog on December 10, 2015. The Hipmunk brand was acquired by SAP Concur and closed down as of January 2020. I’m leaving the article online but I’ve updated and revised it, and will continue to do so as I visit more of the places it lists.

Disclosure: I have changed Hipmunk’s links to my own affiliate links, which means that if you click on them and spend money, I will receive a small percentage of what you spend.

The borough of Amsterdam North was once the industrial site of one of Europe’s largest shipyards, right across the River IJ from the historic center of Amsterdam. From 1922 until 1984 – when the Nederlandsche Dock Company went bankrupt – supertanker, cargo, and passenger ships were meticulously built and carefully launched into the IJ Lake to sail around the world. Today, visitors can explore the repurposed buildings and forests for an eclectic Amsterdam experience many tourists haven’t yet seen.

Getting to Amsterdam North

The borough is only a short free ferry away on the opposite side of the River IJ, directly behind Amsterdam Central Station. Five ferries, with three directly behind the station, transport commuters to different parts of the borough 24 hours a day. Trip times range from three to 15 minutes.

Bikes are allowed on the ferry, so rent one near Central Station and take it with you: a one-day MacBike rental, or a five-day rental with Amsterbike.

A note about biking in Amsterdam: Locals get really angry at tourists who don’t follow the rules – including the unwritten rules about when you can or can’t break the rules! Please stay to the right in the bicycle lane and listen carefully for bicycle bells. Let faster bikes pass you. If you need to slow down or stop, pull over or, if possible, put your bike up on the sidewalk. Signal before turning by sticking your arm out ahead of time. And watch out for tourists on foot, who often don’t recognize a bike lane when they see it!

Amsterdam North’s architecturally impressive Eye Film Institute, designed by the Viennese Delugan Meissl Associated Architects, is a short walk from the Buiksloterweg ferry stop. The Institute is a play on words, as “Eye” is also the pronunciation of the IJ River. The institute features an impressive archive of about 40,000 films, 700,000 photographs and thousands of posters and books. Part of the collection was previously housed in the now defunct Filmmuseum in Vondel Park until 2012, when the Eye opened. The Institute regularly screens Dutch and foreign films and holds exhibitions. Patrons may also enjoy a coffee or meal and the views of the IJ harbor at the institute’s restaurant. After exiting the Eye, stroll or bike through Oeverpark just outside the museum (Oever means “riverbank.”)

The tall building next to the Eye Film Institute is home to the A’Dam Lookout. The observation deck on the roof offers an amazing view over the IJ and the center of the city, and you can also enjoy an interactive exhibit about Amsterdam.

If you dare, take a ride in “Europe’s highest swing,” 100 meters above the ground.

A half-hour walk from the Buiksloterweg ferry stop takes you to Noorderpark, a beautiful combination of two older parks (Flora and Volewijks parks) that were merged in 2014 (or take the 52 metro to the Noorderpark station). It’s nearly the same size as Vondel Park (45 hectares or 111 acres), making it a good distance to cycle, walk, and picnic. Noorderpark is split by the lovely North Holland Canal.

Want to get closer to Mother Nature? Cycle east of Noorderpark where Leeuwarderweg merges into Meeuwenlaan to reach W.H. Vliegenbos, a forest named after 20th century journalist and social democrat Willem H. Vliegen. If you’re not cycling, take the 52 metro to Noorderpark station. The forest features a campsite spanning 25 hectares (61 acres). It includes space for caravans, campervans, or tents, along with a hotel and cabins for rent.

Looking for a post-industrial experience? Near the ferry resides the trendy yet laid back IJ Kantine (IJ Canteen) with reasonably priced soups and sandwiches and pristine views of the IJ Harbor. Like many of the buildings in Amsterdam Noord, the IJ Kantine’s building, previously called the Baanderij, has a rich shipbuilding history. It served as an office, assembly hall, and canteen when the wharf was in full swing. Now it’s a favorite for creatives to work and organize brainstorming sessions in the dining area or in one of two boardrooms available for rent. The kantine also holds exhibitions, live music and craft nights.

Just southeast lies Pllek, a self-described creative hangout, offering a multitude of activities from yoga to dancing to circus to sex classes. In Amsterdam, not many subjects are taboo. In the summer, an artificial beach provides a spot for dancing and sunbathing. The center also boasts organic and sustainable food with seasonal vegetables sourced locally whenever possible.

Amsterdam is a small city with a big-city feel, so make a day trip out of Amsterdam Noord or commute to the center. Either way, make sure to rent a bike for the most convenient and efficient experience.