Vicki Winters is quite a character. She’s brash and loud and completely uninhibited. 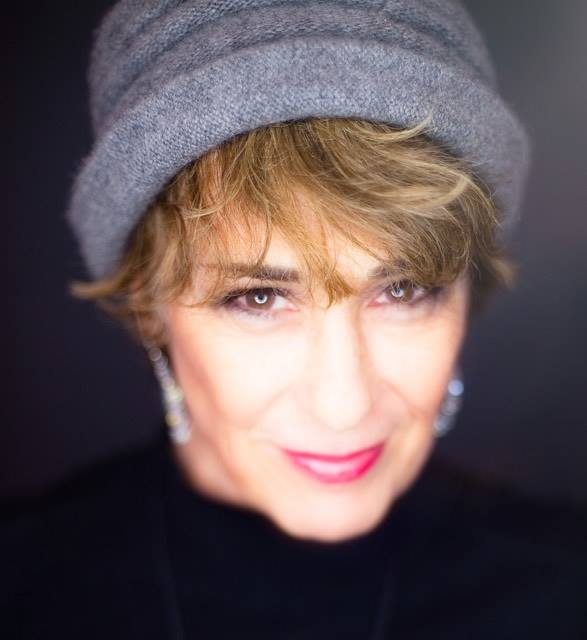 I admire that. We all say things like “I don’t care what anyone else thinks!” when we, for example, leave the house wearing a track suit or sing karaoke out of tune.

But we really do care. We care intensely. At 54 years old, I’m only just lately approaching that coveted state of really not caring what other people think.

And I’m inconsistent about it. If I’m traveling, I honestly don’t care. It doesn’t matter how fat I look in my jeans when I don’t know anyone around me, and they don’t know me.

For our latest episode of 1001 Travel Tales, Shobha and I interviewed Vicki via Skype. If you want to listen to the podcast before you read my responses to it, go here for iTunes or click on the image below to listen on SoundCloud. And don’t forget to leave a rating and/or review afterwards!

Our conversation with Vicki about social media got me thinking in particular about live feeds.

I’ve found that on the rare occasion when I take a simple selfie, it usually reveals only a part of my face and none of my body. Why? Because I don’t like how I look. And that’s just a selfie: I can take dozens if I want and then choose the best one.

Vicki does Facebook Live, Periscope and Instagram stories. They’re messy and sometimes things in them don’t go as she planned. Sometimes, as she relates in the interview, it becomes a glimpse into a life that resembles reality TV, only more authentic.

I didn’t see the one where her husband held up nasty signs behind her, but if it had been me, I’d feel like hiding in bed for a week. Yet while Vicki complains about her husband’s behavior that day, she isn’t ashamed. She isn’t embarrassed. Instead, she makes it a funny story, with a slight edge of bitter truth. And I am in awe of her for it.

Many on-line personalities do their best to make their lives appear perfect on social media – look at the number of travel bloggers who fill their feeds with photos of themselves in bikinis, carefully posed in front of waterfalls, beaches, cityscapes, etc. (My message to them: stop blocking my view of that beautiful scenery!)

The success of reality TV, on the other hand, is based on the messiness in people’s lives. Viewers enjoy it because people argue, or because people fail. That’s what makes it interesting. It gives us permission to be less than perfect.

Vicki, unlike those bikini-clad lovelies, is comfortable with giving us whatever ends up on that recording, whether it makes her look good or bad. She’s human and not afraid to show it.

A case in point. I have no idea what the story behind this picture is. Photo courtesy of Vicki Winters.

Social Media on a Cruise

Another topic Vicki mentioned in the podcast was the AmaWaterways river cruise she’s booked, where she’ll be teaching baby boomers (people born in 1964 or earlier) how to use social media. I think it’s a great idea. And, speaking as a teacher, I think her scavenger hunt idea would work really well in that context. It will get her participants moving around the ship, seeing the scenery, having conversations, while at the same time learning how to use social media channels in a low-stress, real-world way.

Social media channels have a huge untapped market in the baby boomers. Many in this age group have disposable income. If they are comfortable online, they’re likely to spend some of it online. I get particularly annoyed when young people (my students or friends of my kids) look surprised and shocked to learn that I use Instagram, for example, or Facebook or Twitter. It’s not rocket science, after all!

I also enjoyed Vicki’s hilarious description of wearing a dinosaur suit, “in the New York City subway system, going to the Statue of Liberty, running around all over town, scaring children, having people want to take selfies with me.” Check out the video below, filmed in the Philippines:

It’s a bit Barney meets the Road Runner, isn’t it? Who takes a dinosaur suit on a trip to the Philippines? Vicki does!

Where to find Vicki Winters

If you prefer reading to listening, you can read the transcript of this episode of 1001 Travel Tales on Shobha George’s website Just Go Places.

Please, if you like the podcast, don’t forget to leave a rating and/or review. It helps a lot!