I was sick yesterday: stomach cramps at regular intervals, a mild fever, a headache and general aches and pains all over my body.

The cause was the day before, I think. It was Saturday, so we did a bit of sightseeing. We visited a project Stephanie put together in which women produce colourful baskets from grasses and bits of plastic for colour. 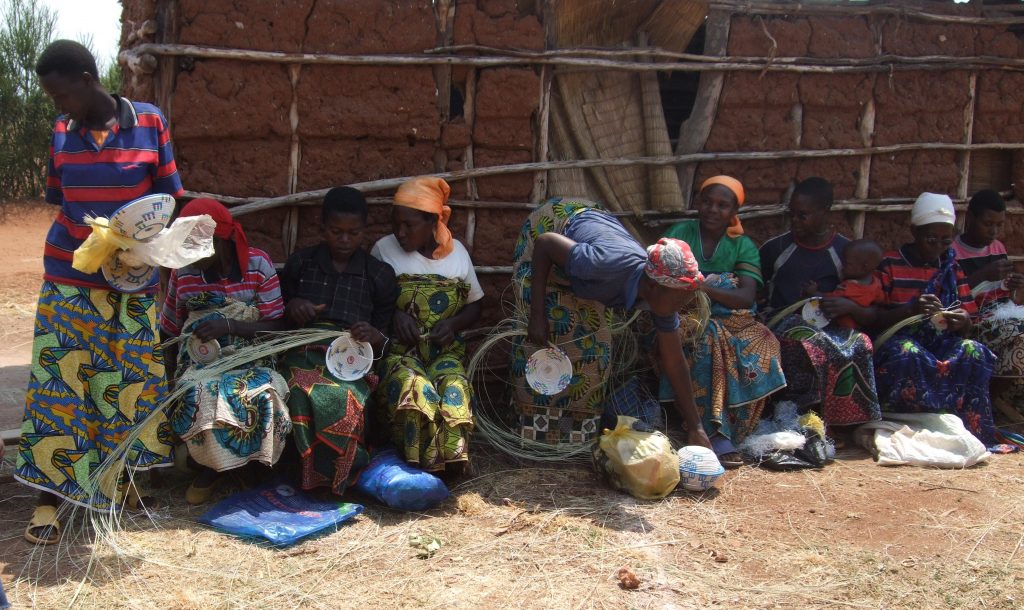 Interestingly, this was a traditional craft, but was more or less forgotten in the course of the war that started in 1993 and just ended a couple of years ago. What Stephanie organized was a course in neighhbouring Rwanda. The women from the village we visited went up there to relearn the craft.

We also went up to a spot overlooking the border with Rwanda. It was a visibly much poorer area. This was the first time in Burundi that I’ve seen children with the bloated bellies that indicate malnutrition. You could see from where we stopped one of the main reasons for this. Down below us, in the valley around the river that marks the border, was a very green, fertile looking area. However, it’s divided into far too many tiny plots of land, presumably each owned by different people. Up where we were standing the land is clearly much less fertile, yet had been deforested and planted, even in the steepest parts.

a typical hill: there is no unused land

This country is just too crowded to support the 90% who rely on agriculture for their survival.

Anyway, because we were out sightseeing, we stopped somewhere Stephanie knew for lunch. As we drove up, we saw a man barbequing meat on sticks and bananas, next to another man who was busy cutting hunks of meat off of a carcass hanging from the ceiling. We decided it must be goat meat, judging from the size of the carcass. The meat turned out to be absolutely delicious, but extremely tough. It’s not surprising that it was tough, seeing that goats are herded around by little boys, so they get a lot of exercise. 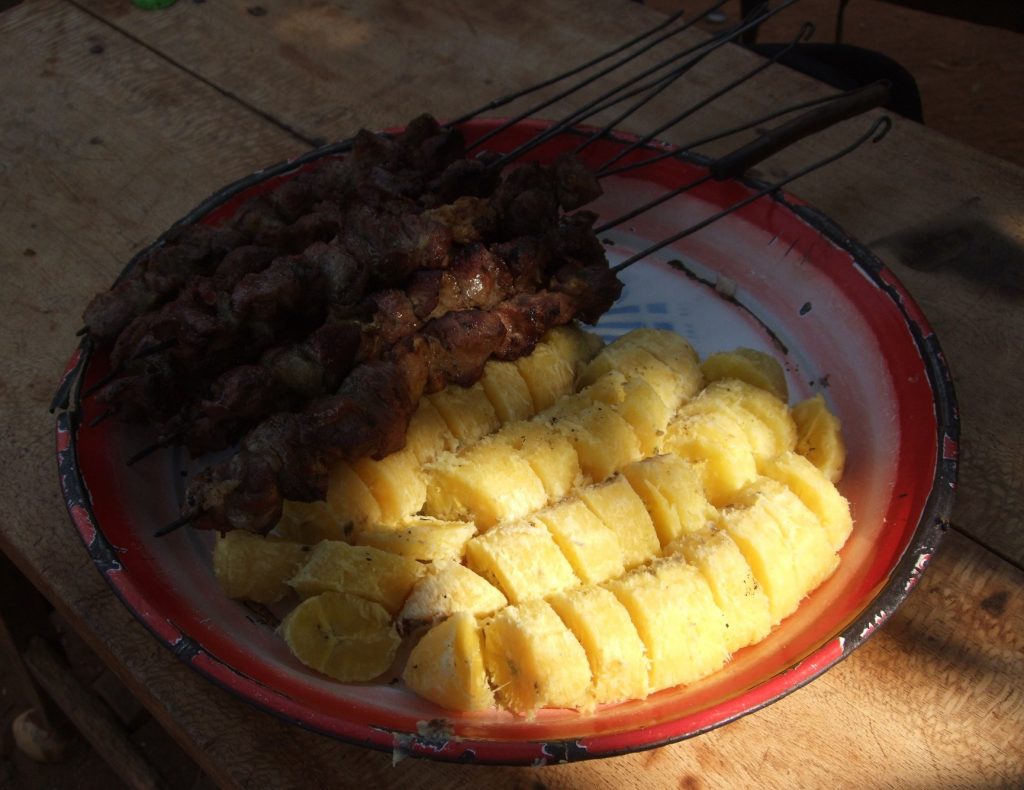 That wouldn’t have been a problem, but we had already decided to go out for dinner that night as well. It was a place near here that some of our team had been to before, when they were here in March. This time it was chicken, and – you guessed it – it was tough! Chickens also run around free here, so they’re tough.

That was clearly the last straw. No one else got sick, so I don’t think the food was bad. My stomach just couldn’t process so much tough meat in one day. Hence the moral of the story: tough meat once a day only!

In case you’re wondering, I spent all of yesterday in bed and now I’m feeling much better. I was able to lead my workshops as planned today just fine.