I moved to the Netherlands from San Francisco about 17 years ago. The last time I visited was only two years later. Now I’m back, and I’ve spent the past week rediscovering this fascinating city: wandering through different neighborhoods, reconnecting with old friends over delicious food from all over the world, and generally playing tourist in this city I used to know so well. I’ve also spent time in Oakland, where I’m staying at a friend’s house, and Berkeley, where we lived before moving to San Francisco. 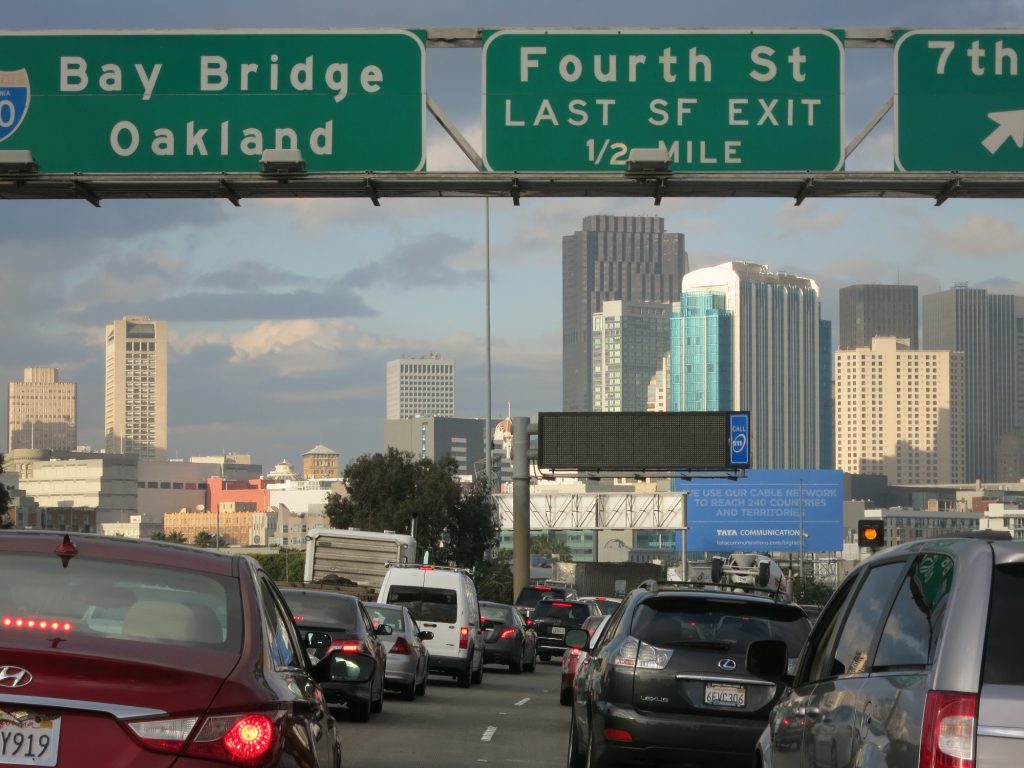 This is something I’d completely forgotten about: traffic jams.

And I’ve been taking a lot of pictures. Anything that strikes me as interesting or picturesque or unusual will make me stop long enough to snap a quick photo. So this post won’t include much writing: just some of the random shots I’ve taken so far. 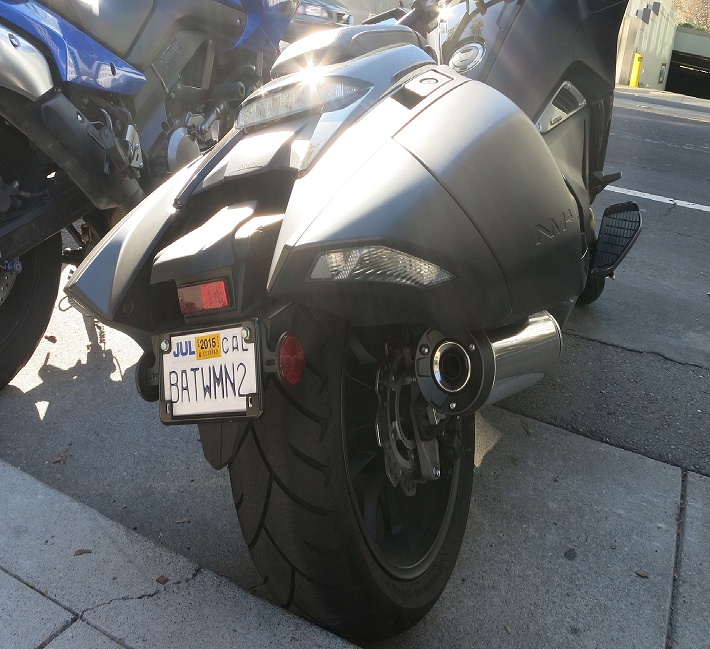 I love the license plate on this motorcycle I spotted in Oakland. 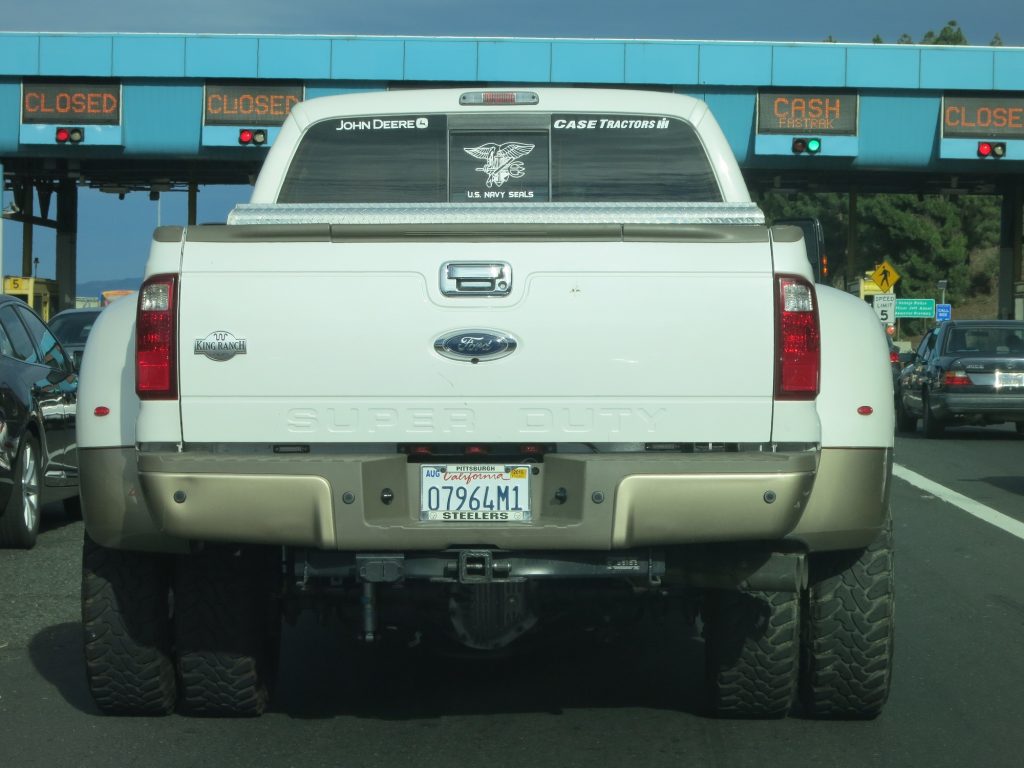 A very big car on the highway. Think they’re compensating for something? 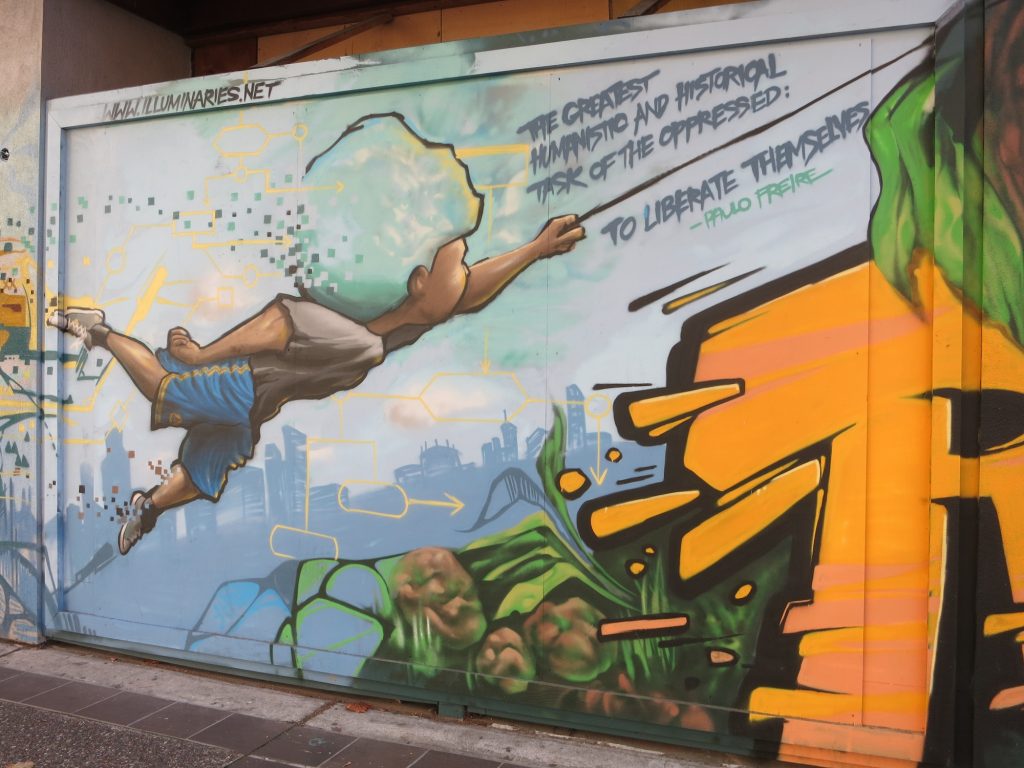 I’ve seen some quite impressive murals and graffiti here. This one is in Oakland. 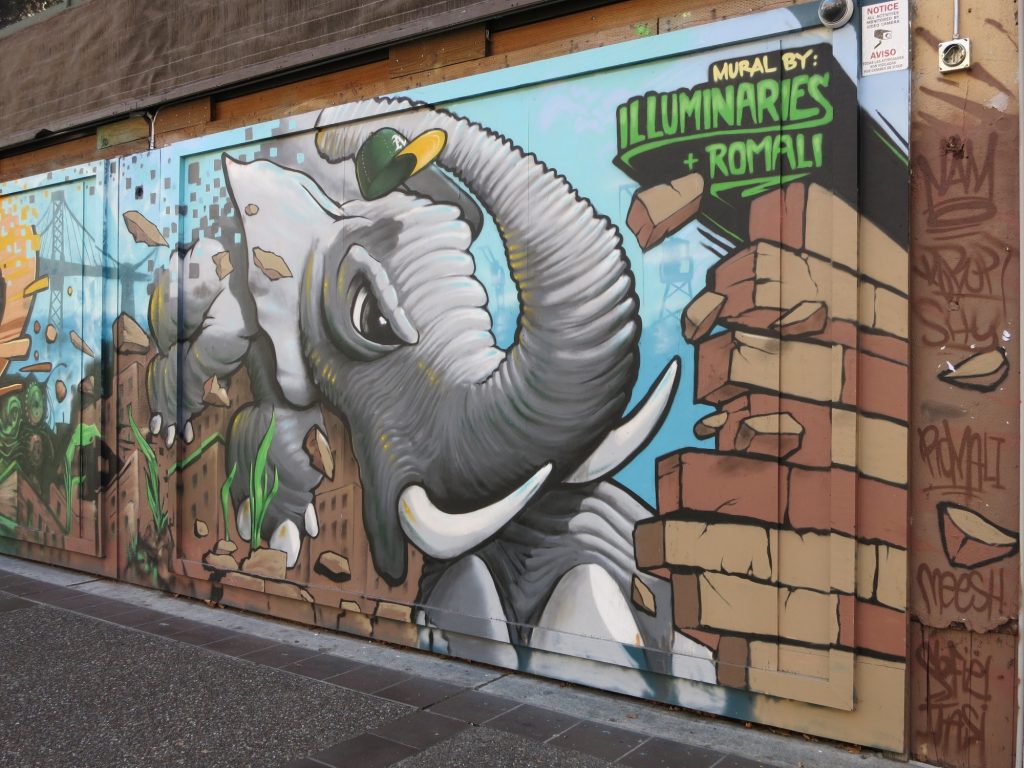 This is the other end of the same mural in Oakland. 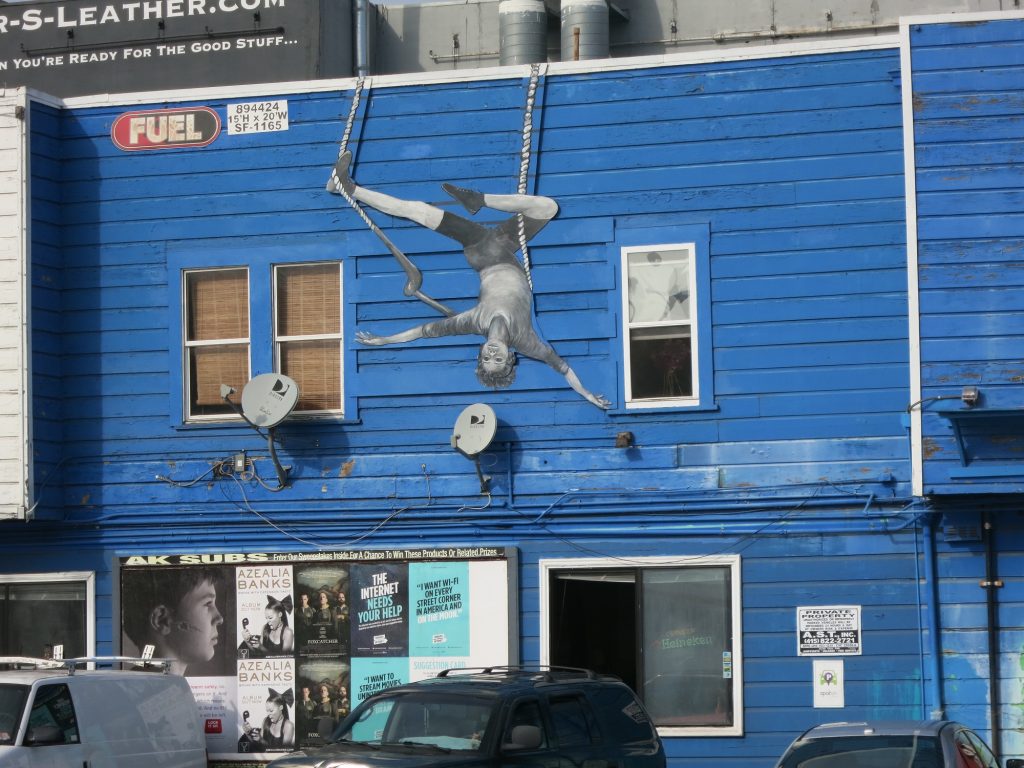 another cool bit of street art, somewhere in San Francisco 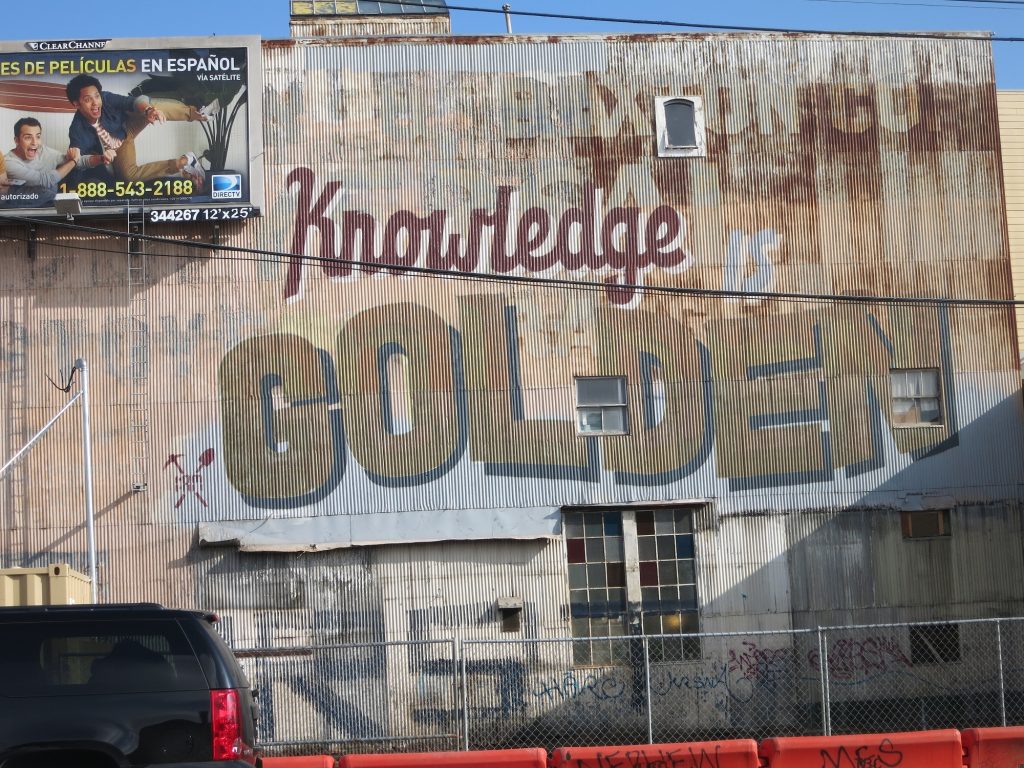 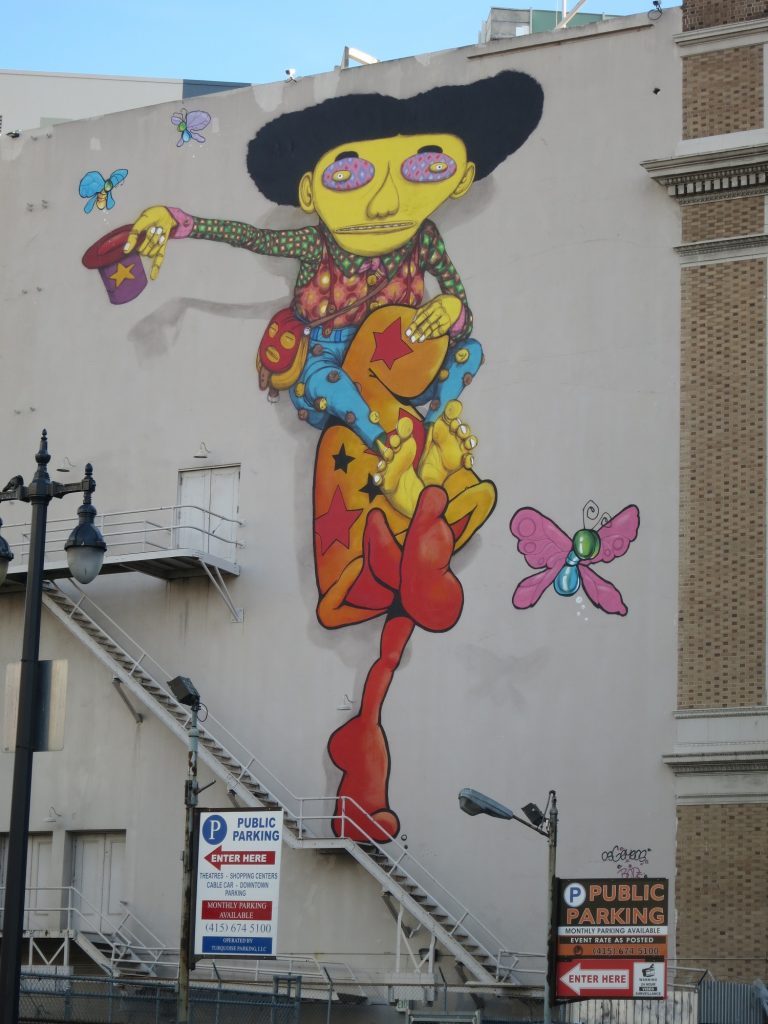 I think this is my favorite street art so far. Somewhere in San Francisco. 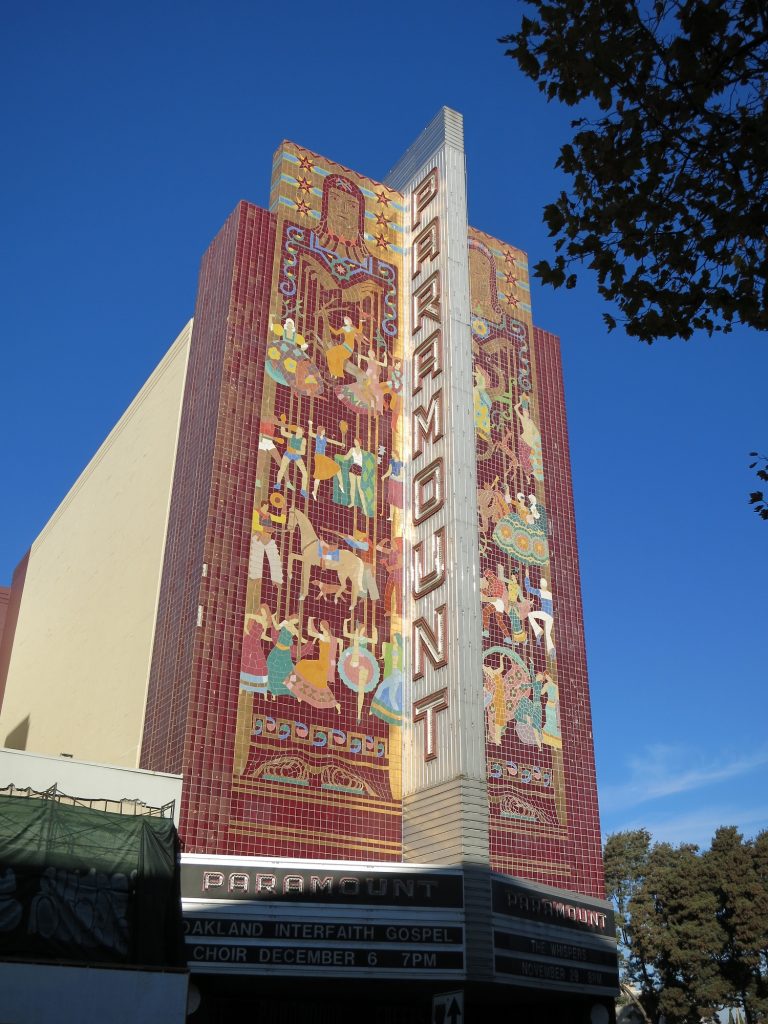 The old Paramount Theater in Oakland 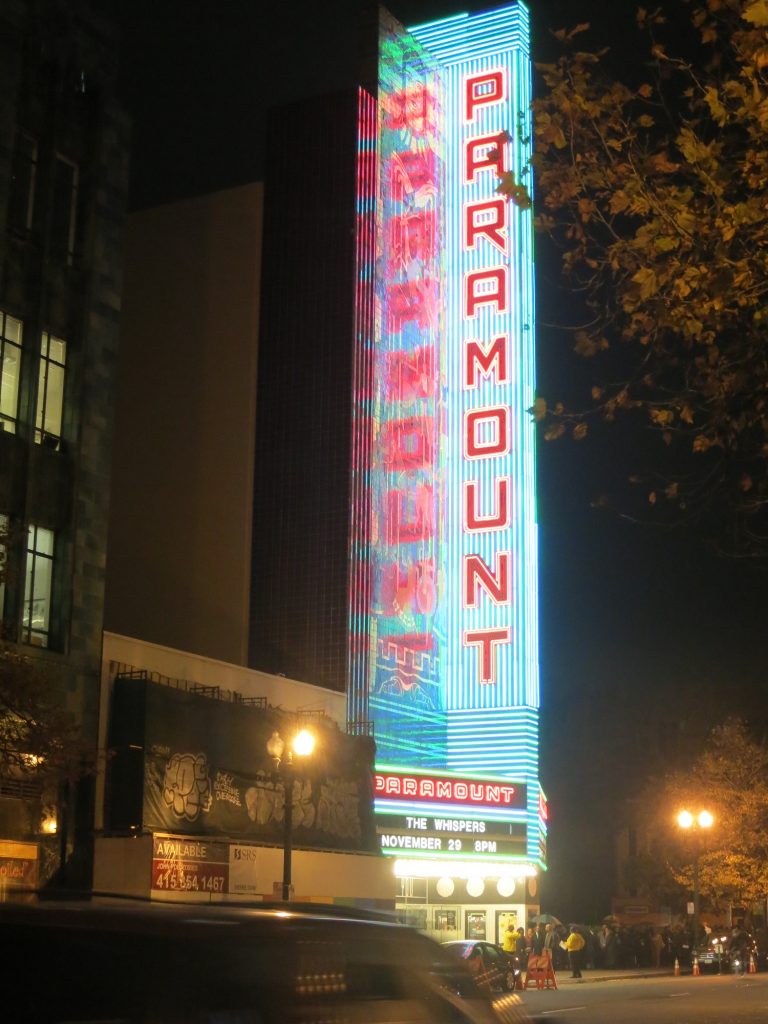 And here’s a picture of the Paramount Theater by night

The ship Balclutha in San Francisco Maritime Museum, reflected in a bus window. 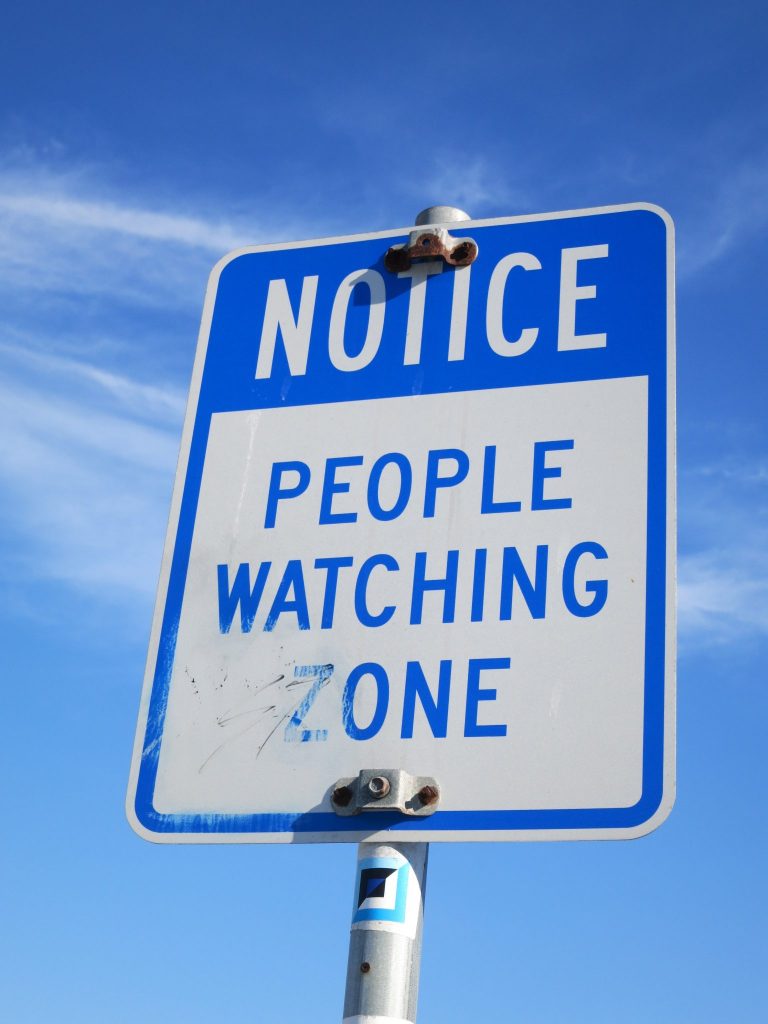 I don’t often take pictures of people, since it feels intrusive and rude, but SF is without a doubt a great place for people watching.

Here’s a people-watching case in point.

And this guy. Apparently he stands at the end of the cable car line at Powell pretty much every day.

So that’s my collection of random shots in San Francisco so far, but I’m only halfway through my visit. Follow my twitter feed if you want to see more random pics, since I’ll tweet them as time allows.

Open
Another image from the Municipal House in #Prague

Open
The Municipal House in #Prague is an #artnouveau m