Since I reviewed a museum last week – the In Flanders Field Museum in Ypres – it only makes sense for me to review the museum I visited yesterday. Even more so because they are such comparable museums: the first was about World War I in the Ypres Salient; the one I visited yesterday looks at the D-Day invasion of Normandy.

It’s called the Battle of Normandy Memorial Museum, and it’s in Bayeux, France, and when I say they’re comparable … well, they’re only comparable in that they both address a particular aspect of a world war. 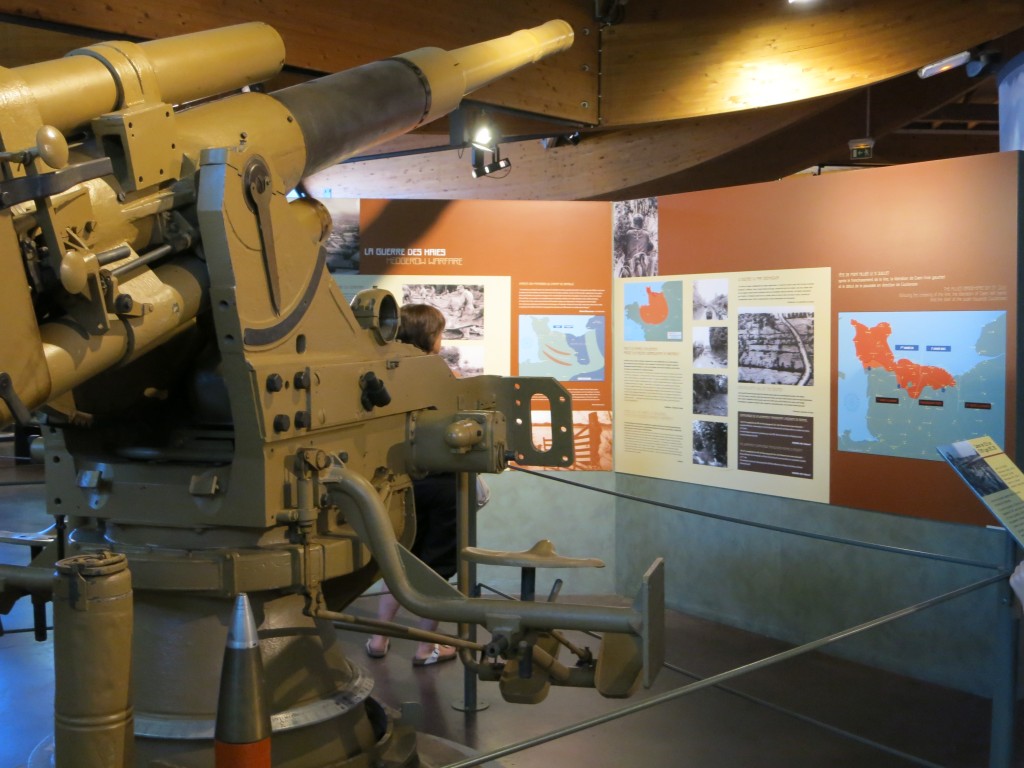 What I said the other day was this:

An effective museum doesn’t just display items drily in glass cases; an effective museum gives those items meaning to the people viewing them. It entertains, but it also makes visitors think. It gives the items an emotional weight.

This museum did display items drily in glass cases. It did not make me think. It did not lend the information any emotional weight. Disappointing, given that the D-Day invasion was so dramatic.

What this museum mostly did was give a historical account of the D-Day invasion in minute detail. There was plenty to read, posted on signs and maps and tables on the walls. These explained every step of the battles following D-Day: troop movements, weapons used, problems overcome, and so on. 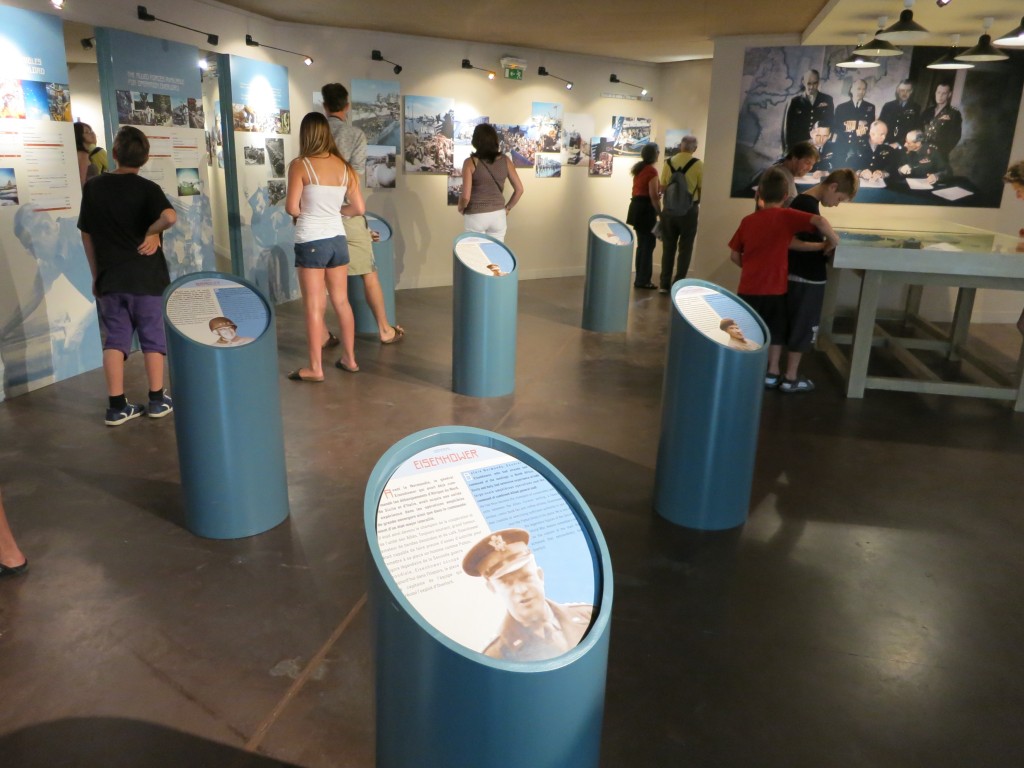 Just because you put information on little pillars doesn’t make it more engaging.

There were lots of photographs as well, and some short films, but rarely with accompanying explanation. Maybe the explanations were somewhere on all those signs, but I didn’t have the patience to read that much of it. There might, for example, be a photo of a soldier in uniform. But without any explanation of who he was, what he did, and whether he survived, it didn’t mean anything to me.

There were displays of weaponry, uniforms and so on, but, without any insight into the people who used them, again, they didn’t mean anything to me. The same goes for the hardware on display: tanks, machine guns and so on. There were signs explaining what they were and what they were used for, but very little about the people involved.

And the displays were almost all static, except for occasional short film clips. There was nothing interactive at all, to allow the museum visitor to actively explore the information.

There was a 20-minute film and, in the best tradition of the typical educational film, it explained the troop movements and decisions made by generals, using lots of shots of maps with arrows, interspersed with lots of short film clips of soldiers debarking from ships, airplanes taking off, and so on. I nearly fell asleep.

None of this gave any indication of how it might have felt to be a soldier involved in this operation, or a leader having to make decisions that would affect people’s lives. It was clinical and factual.

This is not to say that this museum is not worth visiting: it may be. If you are interested in learning more about the details of the D-Day invasion, this is a good place to go. If you have far more patience than I do to read all of that information, you would very likely enjoy this museum. I didn’t.