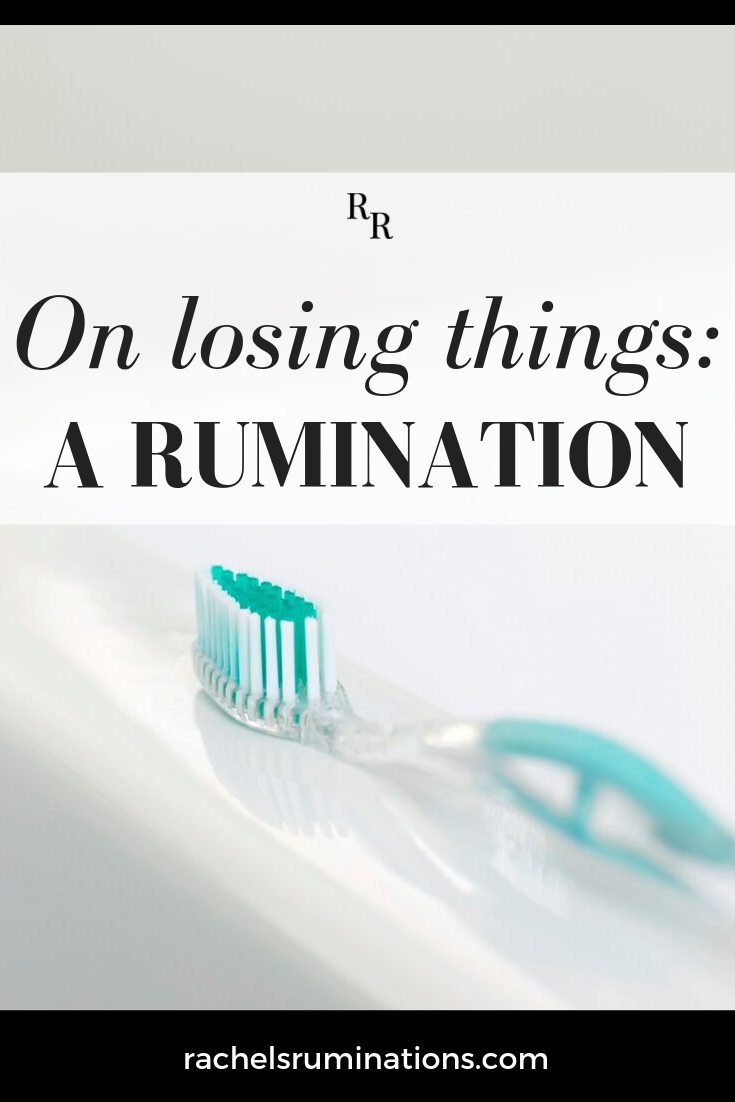 One day, in a strange city, my husband took out his wallet in a telephone booth to find a number he had scrawled on a bit of paper and stuck inside. Or maybe he was looking for small change in his wallet. I don’t know. What I do know is that he put his wallet down on the little shelf next to the pay phone and when he was done with his call, he walked away … without his wallet.

He got it back. I don’t remember whether he went back for it when he realized he’d left it, or whether someone found it and turned it in, but he got it back.

The reason my memory is so fuzzy is that Albert is forever losing things: he leaves his wallet, his camera, his phone, and he always gets it back.

This has happened so often that he’s gotten very relaxed about losing things. He’s built up this absolute confidence that whatever he’s lost will always reappear.

A trip to China

A few years ago we set off on a month-long trip to China with our daughter and foster daughter. Taking the train to the airport, we checked in and went through the security check. Once we were in the departures hall, we had more than two hours to wait (At Schiphol you’re expected to check in three hours before inter-continental flights). So we headed up the escalator to the food court for a bite to eat.

Halfway up, Albert reached for his wallet in his back pocket and realized it wasn’t there anymore.

Panic. (And given my fear of flying, I didn’t need any extra stress on top of the prospect of a long flight.) We were on our way to China for a month, after all. We needed his bank cards, credit cards and so on.

Me: Do you still have your passport?

Me: You’ll have to call all the companies and cancel the cards. You’ll have to report it to the police. Can I access your bank account with my card if your card gets cancelled? Do you have enough money in that account? Or is it in another account? Can we still afford this trip?

I peppered him with questions. You see, I had arranged this trip (I usually do the planning). I had paid much of the cost so far; the flights, the hotels, the internal transfers were all arranged and paid for. Albert had pitched in, but our agreement had been that I’d pay the advance costs while, on the trip itself, he would pay all day-to-day expenses: meals, shopping, admission fees, etc.

Albert took off, back out of the departures hall, and found the airport police to report the missing wallet. They helped him call the train company to ask if it had been turned in – it hadn’t – and he made the phone calls to cancel the cards.

Meanwhile, I sat in the food court with the girls, worrying. Could I afford to finance the rest of this trip? I calculated that, if we didn’t do any shopping and only paid for our food, we could possibly keep it under €80 a day, if we assumed not more than €10 per person per meal (breakfasts were included with the hotels). With no clear idea what food cost in China, I took what I hoped was a high estimate. More than €2000, then, just for food, not including whatever other costs we ran up, like admission fees to sights.

I didn’t have that much money. I’d pretty much cleaned out my accounts planning the trip. I knew I’d get paid in about three weeks, and I was allowed to overdraw up to a certain amount. My daughter offered the rather meager contents of her bank account too.

I decided I wasn’t going to throw this trip away, and we’d go anyway. I’d run up my credit card bill, if need be. Panic over.

Albert got back in time to catch the plane with us (I was worrying about that too. Would he get back in time? Do we go ahead and board without him?).  It turned out that food in China was far cheaper than I’d estimated – usually no more than about €3 per person, including drinks, and sometimes half that – so I didn’t even have to overdraw or run up a debt on my credit card. Albert had brought cash in his money belt, intended for emergencies, but we used that too. We were even able to do some shopping while we were there

(It was a great trip, by the way. If you want to read my China observations, click here.)

When we got home, Albert checked with the train company. Sure enough, someone had found his wallet and turned it in, with all its contents included.

I am constantly amazed at his luck.

But the side effect is that I worry. He doesn’t, but I do. Someday, somewhere, that wallet/camera/phone won’t find its way back to him. So nowadays, instead of just checking that I haven’t forgotten anything, I feel like I have to check him as well. It’s exhausting!

I always forget something. So far – knock on wood, or, as my Aunt Sylvia used to say a lot: kenahora – it’s always been something unimportant and replaceable: a toothbrush, often, or a comb, or something like that.

So when I’m packing for a trip, I start early. I throw things into my suitcase days ahead, then sort through them the day before leaving. I put things where I can’t fail to notice them before I leave, for fear I’ll forget them. Albert, on the other hand, packs on the day we leave or, if I nag, the night before. He never worries about losing things or forgetting them.

It’s infuriating. And I can’t decide if it’s a blessing (He’s carefree.) or a curse (He’ll lose something and it’ll turn into a disaster.) What do you think?

Do you forget things? Do you get them back? Leave a comment if you have a story to share!