When I first moved to Holland there were a lot of little things I noticed that were different than at home. Nothing of importance, so I just noticed and moved on. Now that I’m back visiting, all sorts of little, unimportant things are striking me as different and odd: things that normally people would never notice. So I thought it would be fun to take pictures of each one. 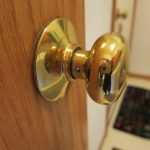 Doorknobs: In Holland most doorknobs are levers that you push down to open the door. Here they’re mostly round knobs. 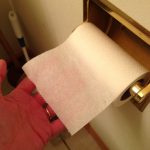 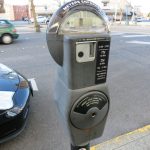 Parking meters: In Holland, if there are meters, there’s one for each block or so of parking spaces. You have to walk to the meter, put in your money, print out the parking ticket, and put it in your car on the front dashboard so it can be seen and checked. Here there is a separate meter for each parking space. 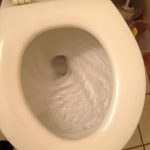 Toilets: They flush more slowly and create more of a whirlpool here. No idea why. 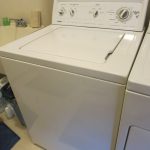 Washing machines: Here they’re top-loaded, and it’s best not to cram them too full. In Holland they’re front-loaded and you can cram a lot in, but you can’t open it up to add another pair of underwear once you’ve turned it on. 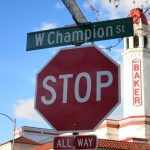 Stop signs: There are lots of them here. Generally, one road is the main road and the others have stop signs. Or they all have a stop sign, and then the one who arrived at the stop first gets to go first.

I suspect this is just a first installment of a list of Odd Little Things in America. I’ll keep noticing and perhaps post more of them later this month.

Are there any other odd little things I’ve overlooked?