This week’s 1001 Travel Tales podcast with Maria Hart of Travelling with Hart includes volunteering in Namibia, monkeys who hitch rides, and an oryx with a wonky horn. You can listen here on iTunes or Stitcher, or click on the image below to listen on SoundCloud:

I hope you enjoyed the stories Maria Hart told of Shrinky the brain-damaged baboon and the rest of the menagerie!

The place Maria talks about, where she volunteered, is called N/a’an ku sê. (I suspect that the pronunciation is more complicated than how she said it in our interview!) 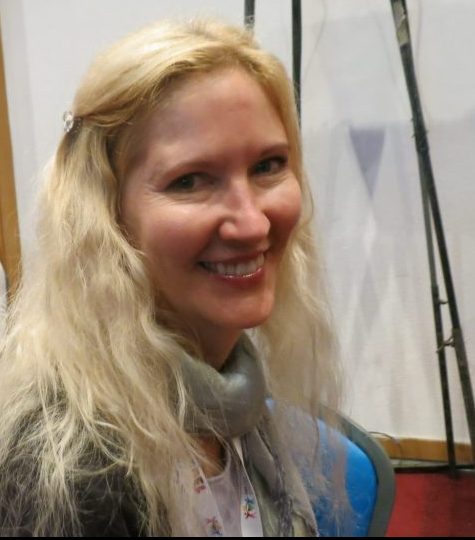 Animals that are injured or orphaned and need to be cared for either temporarily or for life are the focus of N/a’an ku sê’s wildlife sanctuary, which encompasses 3200 hectares of land. The idea is that any animals that can be released into the wild are treated and released as quickly as possible. The others stay within the sanctuary’s enclosures. As Maria described, volunteers help with feeding, cleaning and entertaining the animals.

At the same time, N/a’an ku sê runs research projects. Maria Hart took part in one of those, but the monkey stories were so cute that we never got to hear what she did for the project. 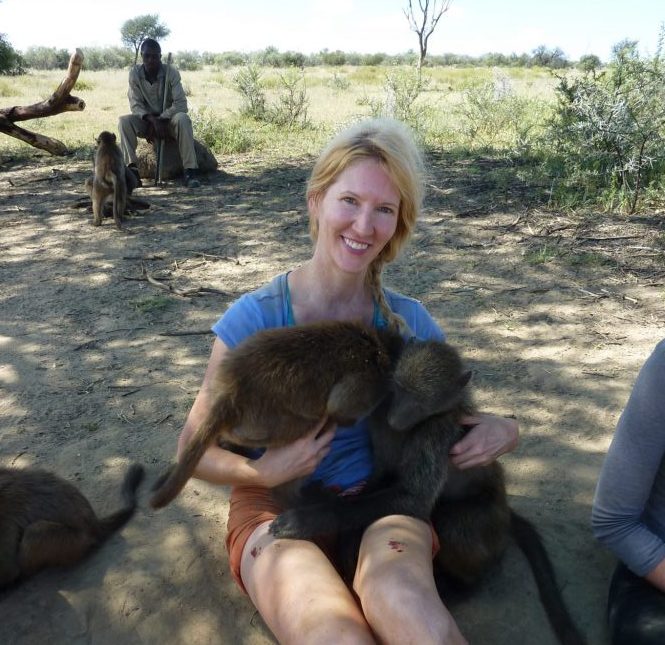 N/a’an ku sê tags and tracks large predator animals like cheetahs and leopards in order to learn about their movements. The aim is to increase their population, which has become quite low in recent decades, partly because of conflict with local farmers, who kill them to protect livestock. At the same time, tracking them can help make decisions about their habitat and how best to preserve it.

N/a’an ku sê captures and moves predators that prey on farm animals in order to prevent the particular cheetah or leopard from being killed by locals. Eventually, local farmers will be able to protect their livestock through using GIS maps of the tagged cats.

N/a’an ku sê also works with the local San community in a number of ways. The San, sometimes called “bushmen,” are a historically marginalized ethnic group. Formerly hunter-gatherers, their land has gradually been appropriated for farming, and very few live in the traditional way anymore.

Because of the cost of going to school and because of discrimination against the San people, few San are educated. N/a’an ku sê works to get the children into mainstream schools in Windhoek. They pay their school fees and other expenses and also transport them to the city each day.

A clinic offers primary health services to the community. They also provide transport to the nearest hospital as needed.

According to their website, N/a’an ku sê holds to a strict ethical code which involves returning as many animals to the wild as possible. They claim, on their website, that 92% of the donations they receive go to their projects and only 8% to administration.

Judging by what Maria Hart said, I’d recommend volunteering at a time when students are not on vacation. If they have a glut of volunteers in the summer, they might need extra hands much more in the winter.

Some advice before you volunteer

If you’re thinking you’d rather go somewhere else and work on some other type of conservation project, make sure you do your research! Just because an organization claims to help animals doesn’t mean it really does.

Any project that includes contact with healthy predators, for example, is not serious about returning animals to the wild.

Any project that raises money by, for example, allowing you to pose with a tiger or ride an elephant, is not serious about helping animals.

Make sure to research the project well. Find out how much it spends on administration. Find out how well-regarded the project is. Does it benefit local people? Does it actually achieve what it says it achieves? 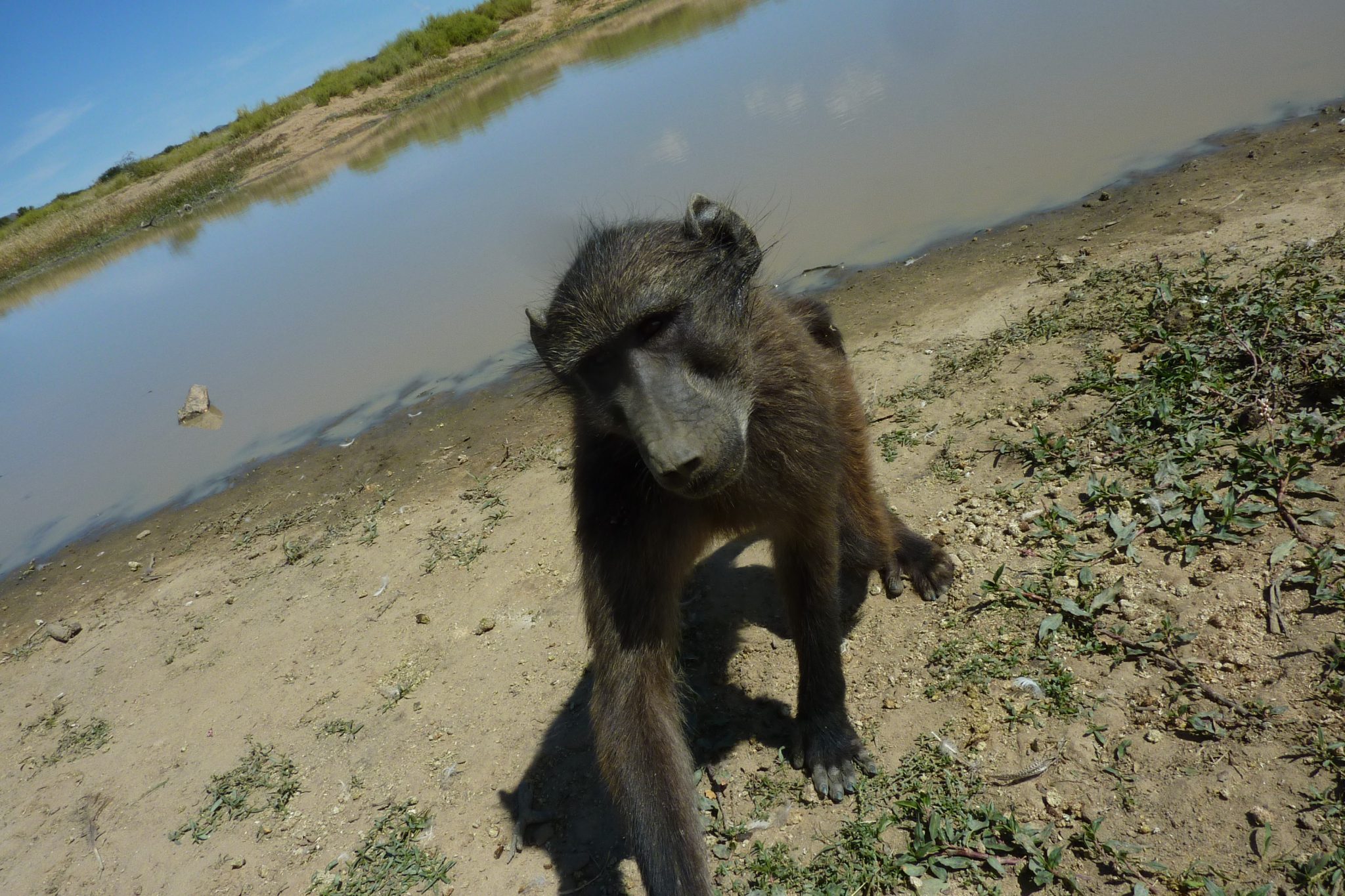 Most, including N/a’an ku sê, will charge you to volunteer. The fee pays for your housing and food, but the organization should feed the rest of the cash directly back into the project. If you book your volunteering experience through an agency in your home country, some percentage is going into their pocket, not to the project. Find out how much or, better yet, contact the project directly to arrange your stay without the middleman.

If you haven’t listened to Maria’s adventures yet, here are the links again to iTunes and Stitcher, or click on the first image in this post.

You can also read the transcript of our conversations here on Just Go Places.

Please make sure to rate and/or review the podcast. It matters a lot in helping us reach more listeners!