As we were driving through the countryside on the way to Gent from Ypres the other day, it occurred to me that these people – the ones who live in the houses we were passing – live among the dead.

There are graveyards everywhere, for one thing. One website lists 160 of them in the Ypres Salient alone. Scroll down on that website and you’ll see the map. 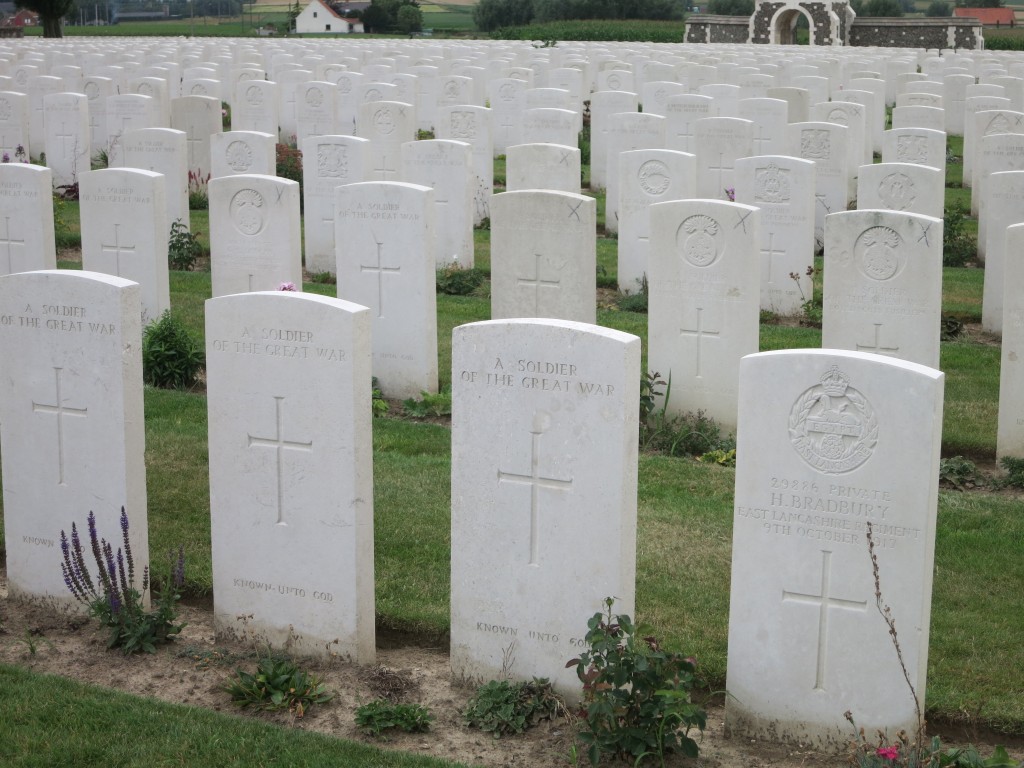 The cemetery we visited, Tyne Cot, with 60,000 or so graves, is one of the best known, and, like many of them, seems an absolute sea of identical gravestones. They’re not really identical, of course: some have names, some don’t, in which case they are inscribed with “Known to God.” Some have information about the soldier’s rank, nationality and so on. Most have a cross, and some have personal messages on them as well, presumably from their families. But we also passed many smaller cemeteries along the roads.

There are also World War I memorials everywhere. The same website lists 67 monuments and memorials. 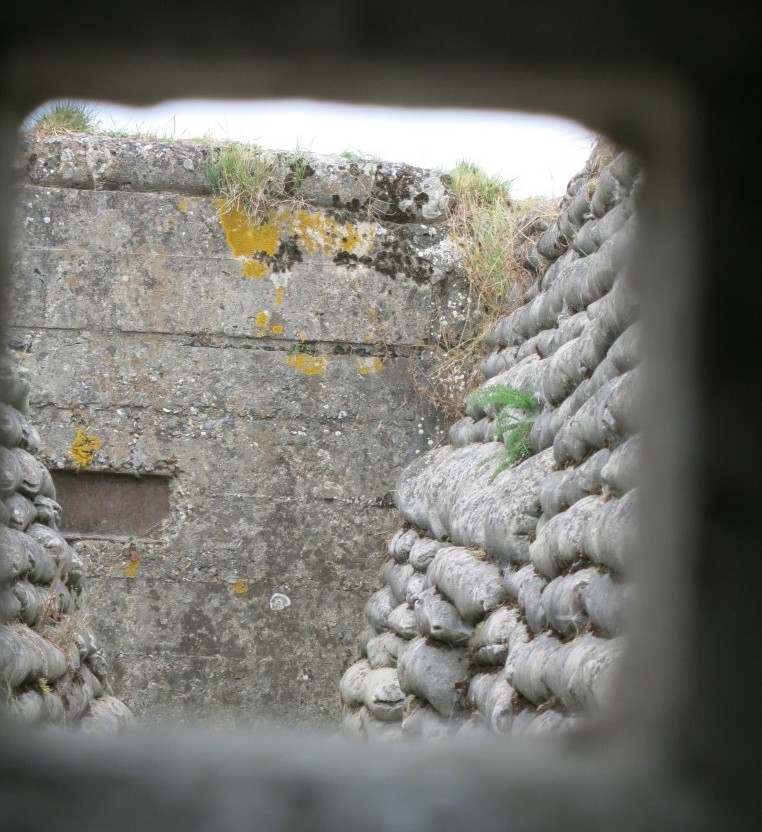 A view in a restored trench

And there are other sites: battlefields, trenches in various states of decay, bunkers, and so on.

The people who live in the Ypres Salient must be reminded every single day of the four years of bloody fighting that happened here: on their way to work, or grocery shopping, or visiting friends or whatever. Many also earn their living either directly or indirectly from the World War I-related tourist industry.

How do you suppose they deal with living among the dead? Do they completely ignore it, put it out of their minds? Do they ever think about the slaughter that happened here? Do they ever feel haunted by all those young men who lost their lives here, many of whose bodies were never recovered, or whose bodies were recovered but never identified? Does it affect how they live their lives? Or are they so inured to the facts and figures that it can’t move them anymore, as it does those of us who visit?

I read at the In Flanders Fields Museum that World War I artifacts still turn up frequently: plowed up by farmers, for example, or excavated during construction work. There was even a skeleton on exhibit that only recently turned up at a construction site. So the residents here, particularly farmers or construction workers, could suddenly come face to face with the remnants of the war at any time.

What is it like to live among the dead this way? 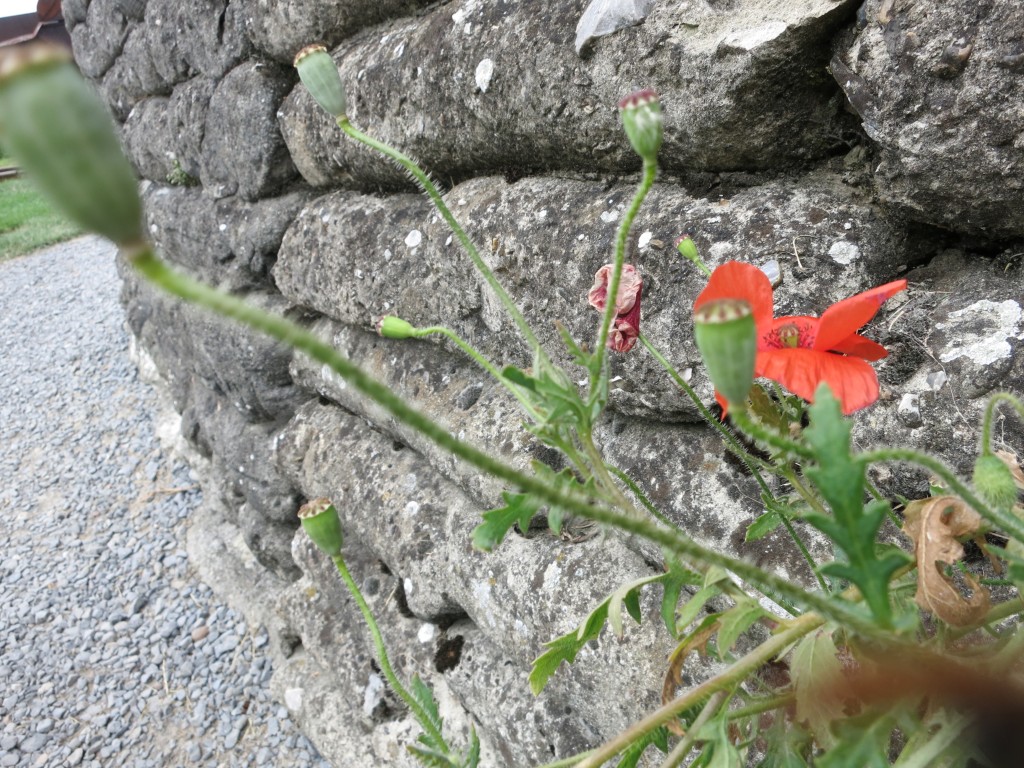 Poppies still grow in the trenches