I’ve spent the last week in Marseille, a big city in the south of France. I came here for two reasons: 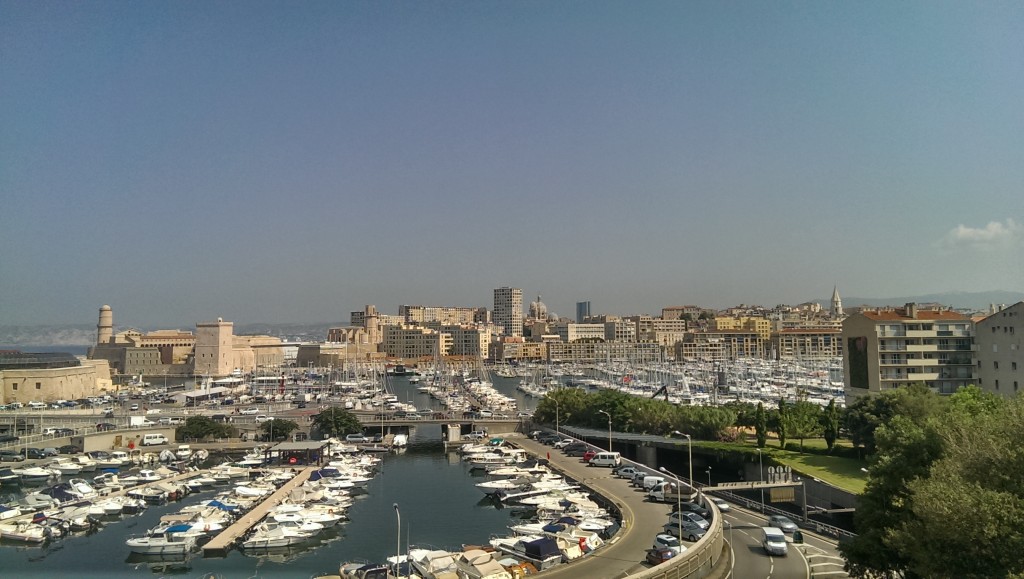 I love hot weather, which, as you can imagine if you’ve ever spent time in Holland, means that I miss it – a lot. I think it might be something deeply rooted in my genes, passed down in my Semitic blood, if I actually do have Semitic blood. (Apparently some Jews from Eastern Europe are actually descended from Khazars from central Asia who converted to Judaism, in which case I’m not Semitic.)

I already have a vacation planned with family in August, also partly in France, but in the north of the country. What worries me about that trip is that in the north of France the weather is much less reliable. It could rain the whole time we’re there. Or it might be beautiful. We just can’t know ahead of time. That, combined with the miserable weather we have most of the time in the Netherlands, means that the vast majority of Dutch people head south for their vacations: the south of France or Spain or Italy. 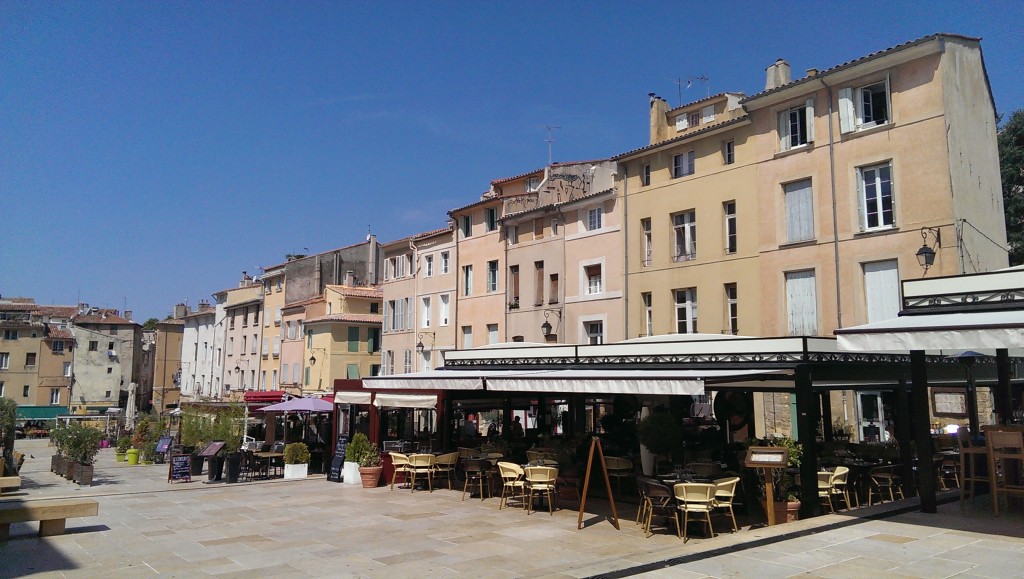 a view in Aix-en-Provence, a smaller (and prettier) town nearby

I couldn’t face an entire summer vacation without some serious hot weather. That would mean waiting a whole year to try again. Or spending lots of money that we don’t have to fly somewhere warm. It would mean a lot of time sitting in front of my winter depression lamp with my eyes closed pretending that it was real sunlight seeping through my eyelids. Pretty pathetic, and hopeless anyway because no matter how much light that thing puts out, it doesn’t put out any heat.

So I booked this trip. It was cheap to fly to Marseilles, and I found a great, cheap place to stay through airbnb.

And it’s hot. It’s been over 30° C (86° F) every day this week. And now that I have the heat I wanted, I find myself avoiding it: I walk on the shady side of the street, I wear a hat and sunglasses, I enjoy when I get the chance to walk into an air-conditioned space or when there’s a sudden breeze.

But that doesn’t mean I don’t like it. I think what I like is that I don’t have to work to stay warm. I don’t have to put on layers of clothing; just one is enough. I don’t have to add layers to walk outside and peel them off to go inside. My nose isn’t constantly cold (I know, it’s just like a dog!). My ears aren’t constantly cold. I can walk barefoot on the concrete floor at this bed and breakfast and not feel chilled. I can have my arms or feet outside the bedcovers (a sheet) when I sleep and not be woken by the cold. I don’t have to make the trade-off between having fresh air and being warm enough; I can open the window and leave it open.

I love this. Marseille is not the most beautiful of cities, and I wouldn’t want to settle here. Nevertheless, I love this climate. I want to live in this climate. I had the same feeling last year when I spent a week on Bonaire, though there it’s so beautiful I’d be happy to live there forever as well.

Which makes me wonder why I live in Holland anyway.