This week’s episode of 1001 Travel Tales podcast is an interview with Rina Mae Acosta, blogger at Finding Dutchland and co-author of The Happiest Kids in the World: How Dutch Parents Help Their Kids (and Themselves) by Doing Less.

You can listen to the podcast on iTunes, Stitcher, or just by clicking on the SoundCloud image below:

If you’d rather read the transcript, you can find that on Shobha’s blog, Just Go Places.

Listening back to this episode, I noticed that I spoke more than I usually do when we interview people. Also an expatriate American, I am at a later stage of the same journey Rina is traveling. Her kids are still little; mine are grown. Yet we have experienced the same surprise, frustration and enjoyment in dealing with the differences in child-raising customs here in the Netherlands.

I wish I had thought to write this book!

Rina and her co-author, Michele Hutchison, wrote the book after a 2013 UNICEF study ranked the Netherlands first out of 29 developed countries in terms of the “overall well-being of their children.”  The United States came in 26th. The Happiest Kids in the World addresses the question: how do the Dutch get childhood right?

I’ve only skimmed the book so far, but I would certainly say that a big difference between how the Dutch raise kids and how the Americans do it is the general lack of fear that Dutch parents express. Or perhaps I should phrase it differently: they trust the world more. 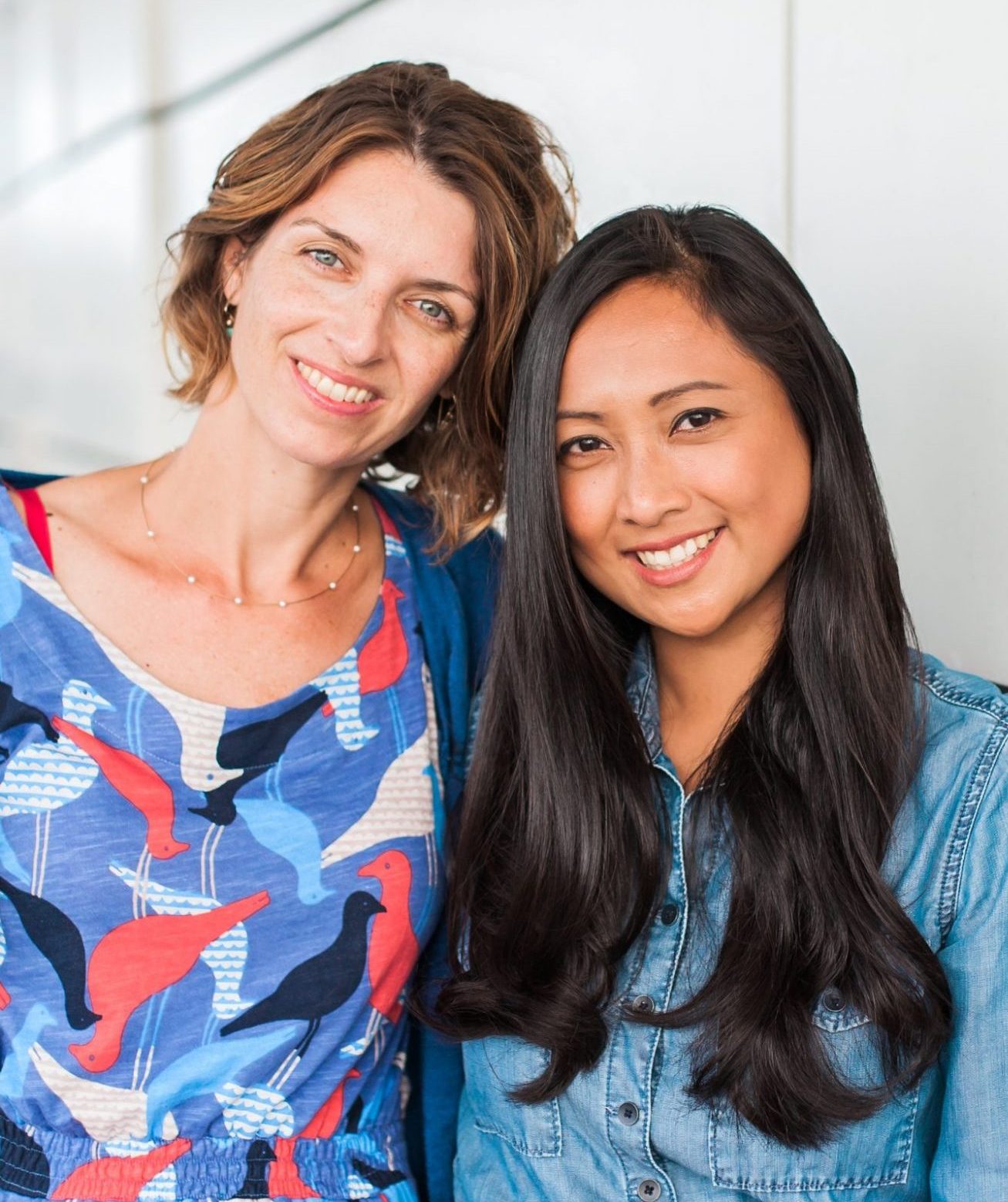 Rina Mae Acosta (right) and Michele Hutchison, co-authors of The Happiest Kids in the World. (Photo by Elma Coetzee)

Americans often don’t let their kids run free for fear of terrorists / kidnappers / danger of any sort. Dutch people, by contrast, assume they’ll be fine. At the same time, they do teach them about things like telling their teacher or a police officer if an adult approaches them in a way that makes them uncomfortable. Swim lessons are often part of gym class in primary school so that kids won’t drown if they fall into one of the many ditches and canals. All kids get lessons in primary school about the rules of the road so that they can bicycle safely.

I have to add a story from my son’s childhood here as an illustration. His primary school is situated inside a small park: lots of open space and trees.

One day after school he handed me a letter from his teacher. It explained that a potloodventer, which literally translates as “pencil salesman” but actually means “flasher,” had been seen in the park. He had flashed a couple of children after school the day before. They, as they had been instructed, had kept away from him and immediately reported it to the school and their parents.

That was all. No panic, no locking down the school, no new rules about escorting our kids to school. We could decide for ourselves what to do. I discussed what had happened with my son, and for a few days walked with him to and from school.

And I marveled at this calm, measured response.

In general, parents in the Netherlands give their kids more responsibility for their own well-being. Your son wants to play hockey? He can get himself to practice on his bike. Your daughter wants to learn to play an instrument? She can get to the music school on her own, carrying her violin in a case on her back.

I think that the fact that Dutch kids get to run free more makes them less vulnerable to terrorists / kidnappers / danger. They become street-smart and physically fit enough to get out of dangerous situations. They develop instincts that help them understand who to trust and who not to trust.

I also see this Dutch fearlessness in how topics like sex and drug use were taught to my kids at school. It’s an open and honest approach, instead of letting fear – fear that the kids will have sex or do drugs – stop us from talking to the kids about these topics.

Do I have an over-romanticized view? Perhaps. The practical results, though, are clear: the teen birth rate in the Netherlands (5 births per 1000 women age 15-19) is significantly lower than in the US (34 per 1000) (Source: Journal of Adolescent Health). Drug use rates for all ages are lower in the Netherlands (7% reported having used marijuana in the past year) than in the US (11.3%) (Source: DrugWarFacts).

And, according to the UNICEF survey, Dutch kids are the happiest in the world. For all our frustrations as expatriates, something works here.

If you’re interested in reading Rina Mae Acosta’s book, The Happiest Kids in the World, click on the Amazon link below. (Disclosure: if you order books through this link, I get a small percentage of what you spend. It will not affect your price.)

The Happiest Kids on their Summer Vacations

Rina spoke about the summer vacations she spends with her family in Cinque Terre, Italy. The particular one of the five villages that she recommends is Monterossa al Mare, and the hotel she recommends is Hotel Villa Steno. It sounds like a great place to take small children.

Shobha mentioned that she wrote a post about staying in hotels rather than Airbnb’s when she travels with her twins. If she piqued your curiousity, read it here.

To read another opinion, I wrote this post about my first couple of experiences of staying in an Airbnb on a family vacation. I wrote about Airbnb again in this post after a couple of great experiences.

I’d love to hear your comments about letting kids run free! And about Airbnb vs. hotels. Add them below.

Also, if you enjoyed the podcast, don’t forget to leave a review and/or rating. It helps 1001 Travel Tales reach more people. Thank you!