Anyone who’s ever watched a Woody Allen film will know that guilt is built into the culture of the East Coast Jewish family. The slightest mistake that we make will make us feel guilty, even when, if we look at it rationally, we know we couldn’t help it, or it was someone else’s fault, or it really wasn’t that big a deal anyway.

I thought I’d come to terms with my general feelings of guilt (and, being a mother, there are constantly blunders I can kick myself over) until the biggest guilt-maker of them all came along: global warming.

Now I’ve known about global warming for years, of course, as has any informed citizen of the world, but, like most of the rest of those informed citizens, I learned to turn out lights when I leave a room and otherwise didn’t think about it.

Okay, I’m arranging an energy audit of the house to see what we can improve. I’ve moved to only buying compact flourescent instead of incandescent light bulbs. I try to remember to turn off the computer and screen whenever I’m done using it. I bicycle whenever I can instead of using the car (and providing it isn’t raining). All of which assuages my guilt … to some extent.

And the latest thing now is flying. We’re all supposed to give up flying because airplanes produce so much greenhouse gas compared to train or even bus. I read an article that said we had to give up our habit of binge flying, which is flying off on a cheapie airline to some other city just because we have a free weekend.

sunset from a plane

I can rationalize myself into feeling virtuous by assuring myself that I am not a binge flyer. I gave that up when Ryanair stopped flights to London from our local airport. But the truth is – and the truth hurts – that if Ryanair started those flights again, I’d be flying to London again. I just couldn’t resist. I’d feel a helluva lot of guilt, but the thought of those West End shows,  serious dim sum and book shops with books in English (!) would push that guilt out of the way just long enough for me to type in my credit card number and buy a ticket. And, of course, once you’ve bought a ticket, you can’t waste it, right? The flight will go whether I’m on it or not, right?

And what about business travel? Should I feel guilty about the workshop I’m attending next week in Athens? Or the exchange students I’m accompanying to Romania in October? Or the workshop I’ll be assisting with in Moscow in November? Should I turn down such opportunities or can I feel less guilty about it if it’s for my work?

While I’m busy telling painful truths, the real truth is that the reason I haven’t been flying lately is that I’ve been saving up for the biggest, most greenhouse gas producing trip I’ve ever taken: my family and I are going to Australia. 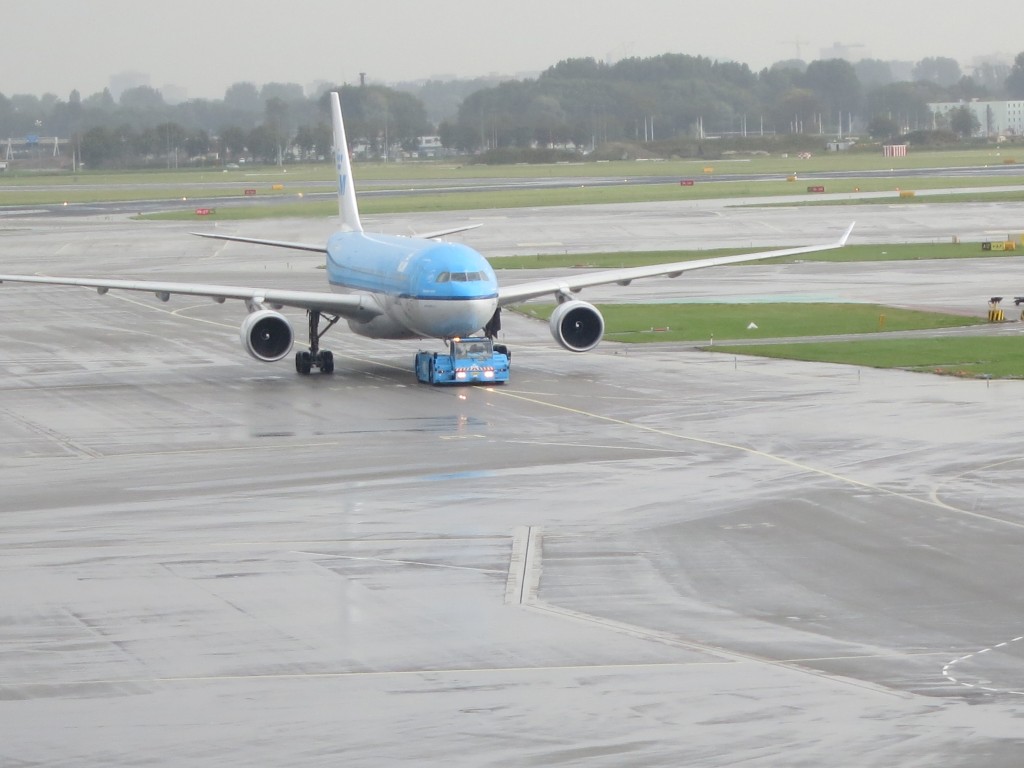 A trip to Australia from Holland involves three flights each way: in our case, an hour to Frankfurt, thirteen hours to Singapore, and another nine or so to Cairns. Not only that, but, to save time, we’ve booked internal flights as well. I counted them up for my son (whose worry is not greenhouse gases yet; it’s that he doesn’t like how it feels in his ears during takeoff and landing) and we’ll be flying on twelve different flights in the space of six weeks! Oh, the guilt!

So what should I do? Not go? Rationalize: we’ve been saving for this for two years. Rationalize: it’s once in a lifetime. Rationalize: if we didn’t go there, we’d do our usual vacation and drive somewhere within Europe, and driving a car so much can’t be good either, right? Rationalize: I want to see the Great Barrier Reef before the corals all die. Rationalize: Albert has to see his ninety-something-year-old aunt in Adelaide before it’s too late.