There’s something magical about a county fair. It has an innocence about it; it hearkens back to a time when people enjoyed games and events that didn’t involve a screen or computer in any form. A time of smallholder farming and pride in what people produced through their own labor.

I visited county fairs in various parts of Connecticut when I was growing up and, later, as an adult, in California. The one I visited today, here on the island of Guernsey, was just like those.

In this case, it wasn’t called a county fair; it was The West Fair, organized by the United Agricultural and Horticultural Society. Like any county fair in the US, there were competitions in all sorts of agricultural categories, and the entries were on display in a huge tent.

There were baked goods, like this ornate cake which won a ribbon. There were handcrafted items, like knitting and other needlework, as well as handcrafts in youth categories. 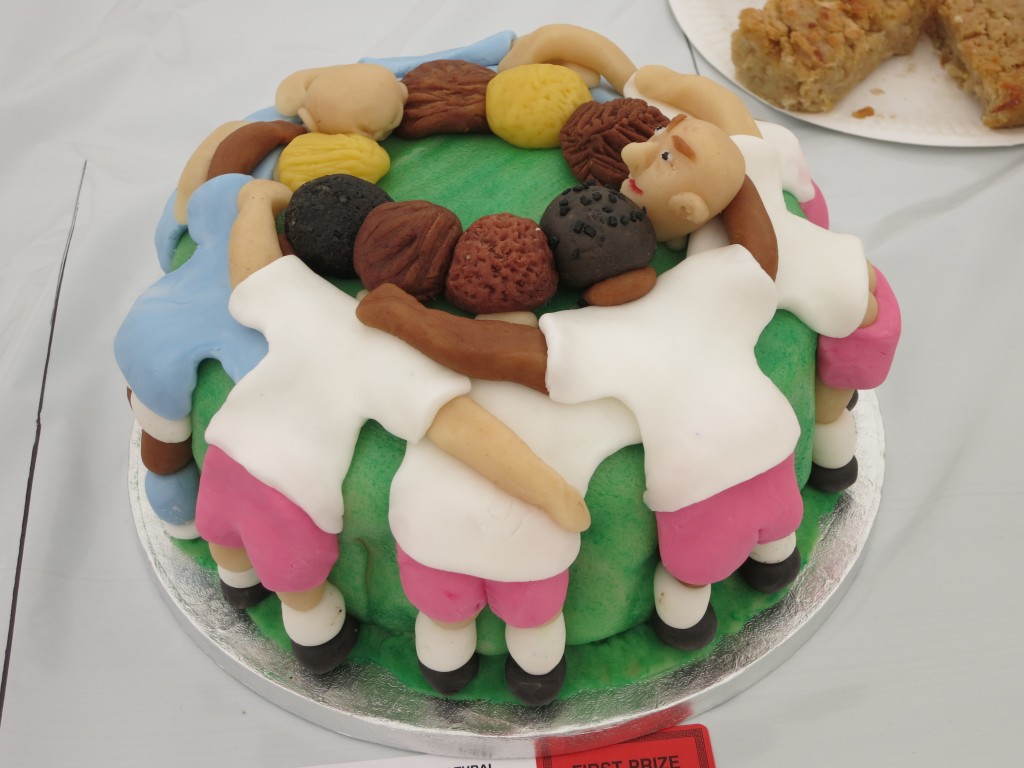 a prizewinning cake. I think it’s meant to be a rugby scrum.

There were canned goods too, and there even seemed to be a competition category involving how those canned goods looked and were arranged, like this set here. 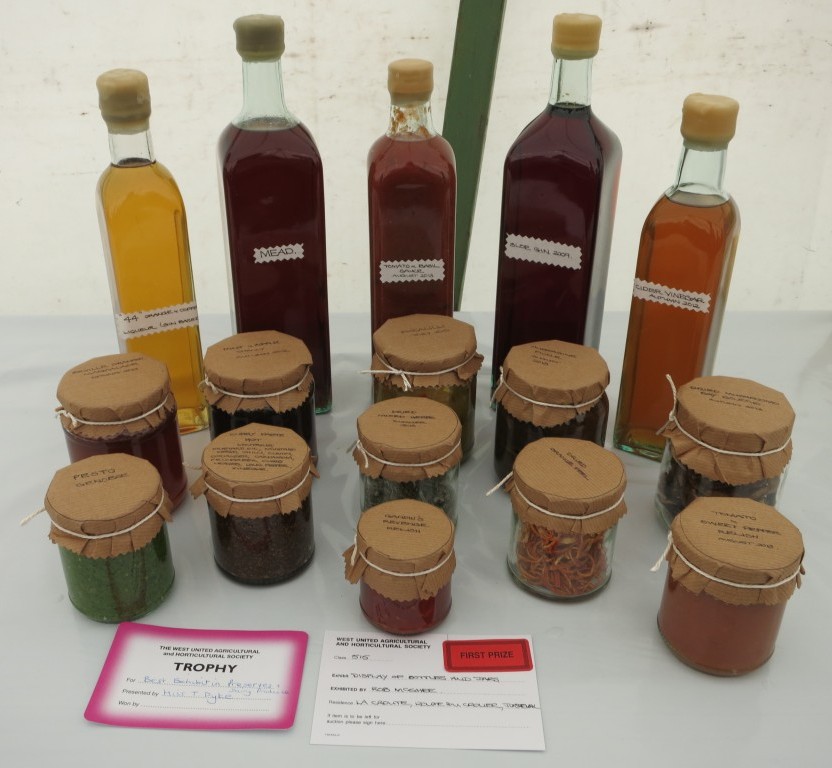 a prizewinning arrangement of preserves

There was farm produce: vegetables like these enormous beets, and also, like the canned goods, a category involving arrangements of vegetables. And there were lots of flowers and flower arrangements in the competitions too. 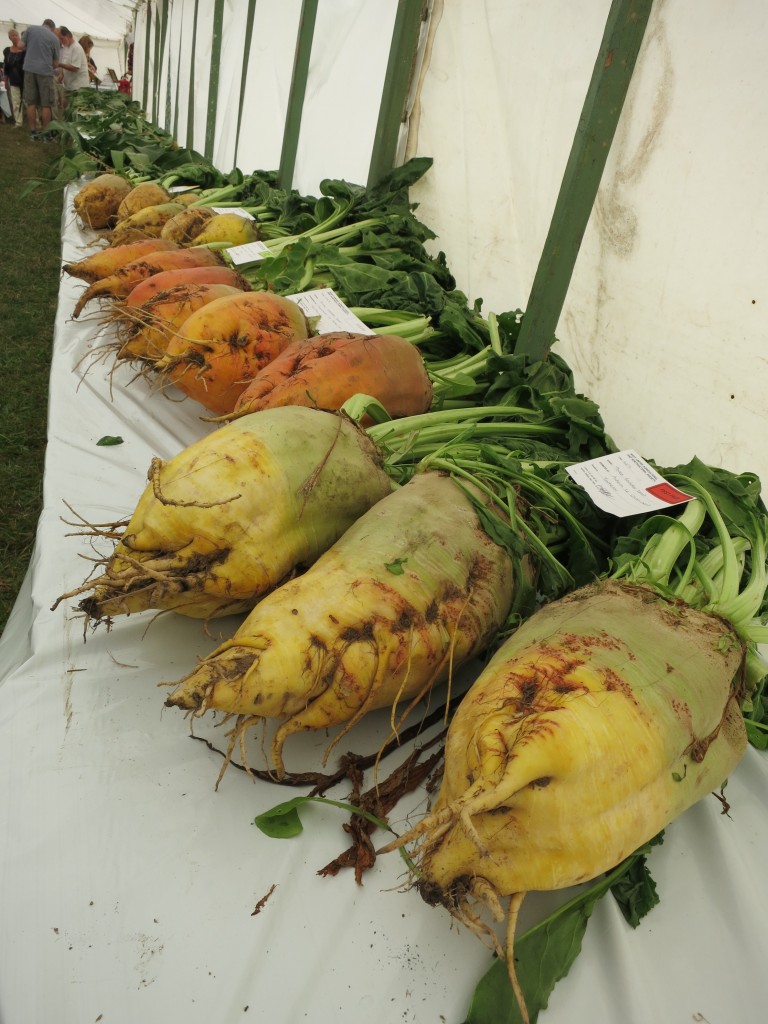 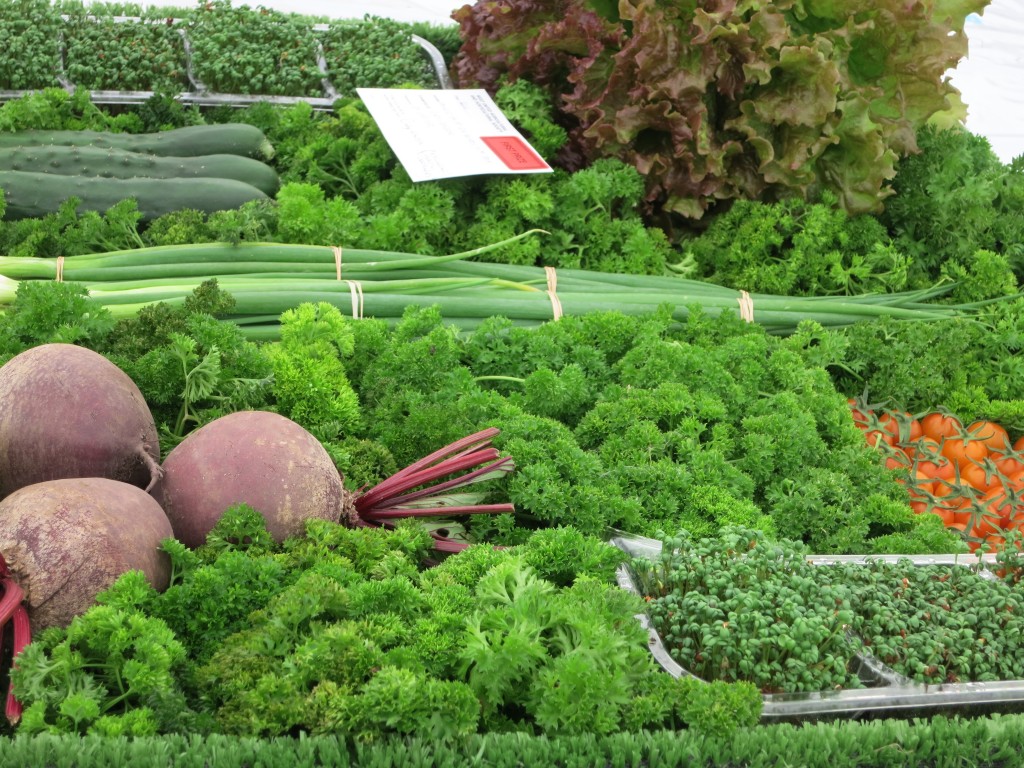 a careful arrangement of vegetables

Another tent was filled with farm animals of all sorts, many adorned with prize ribbons. I even saw plates of eggs that had been judged; for each set of five eggs, one had been broken open and was exhibited on a plate. 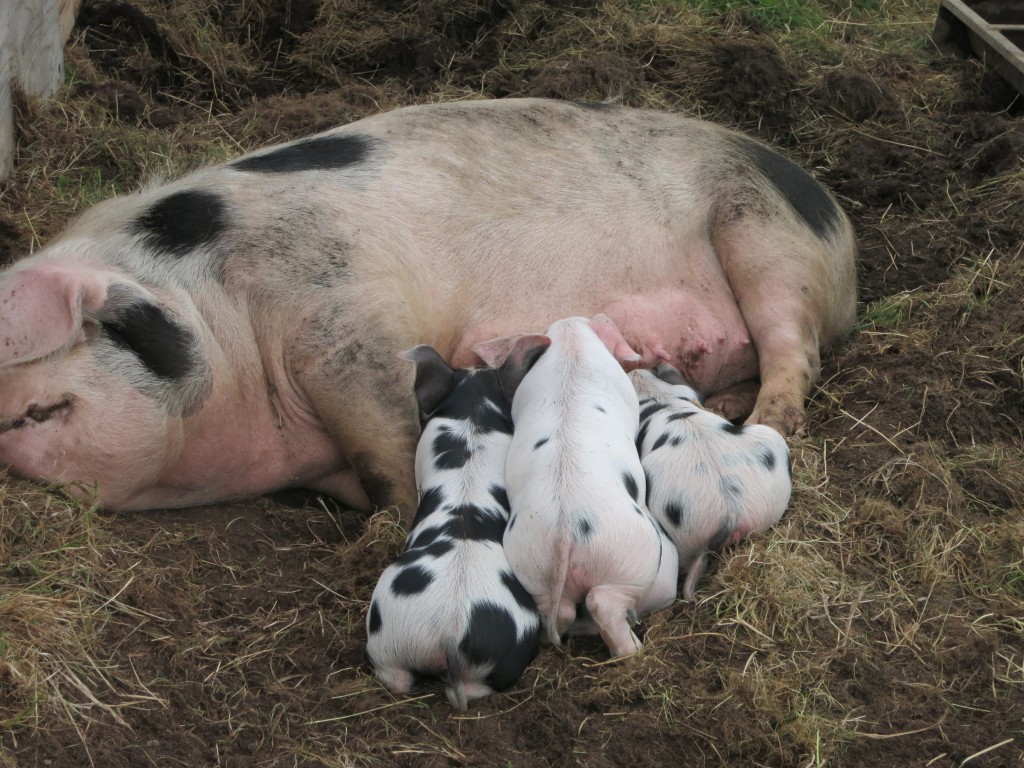 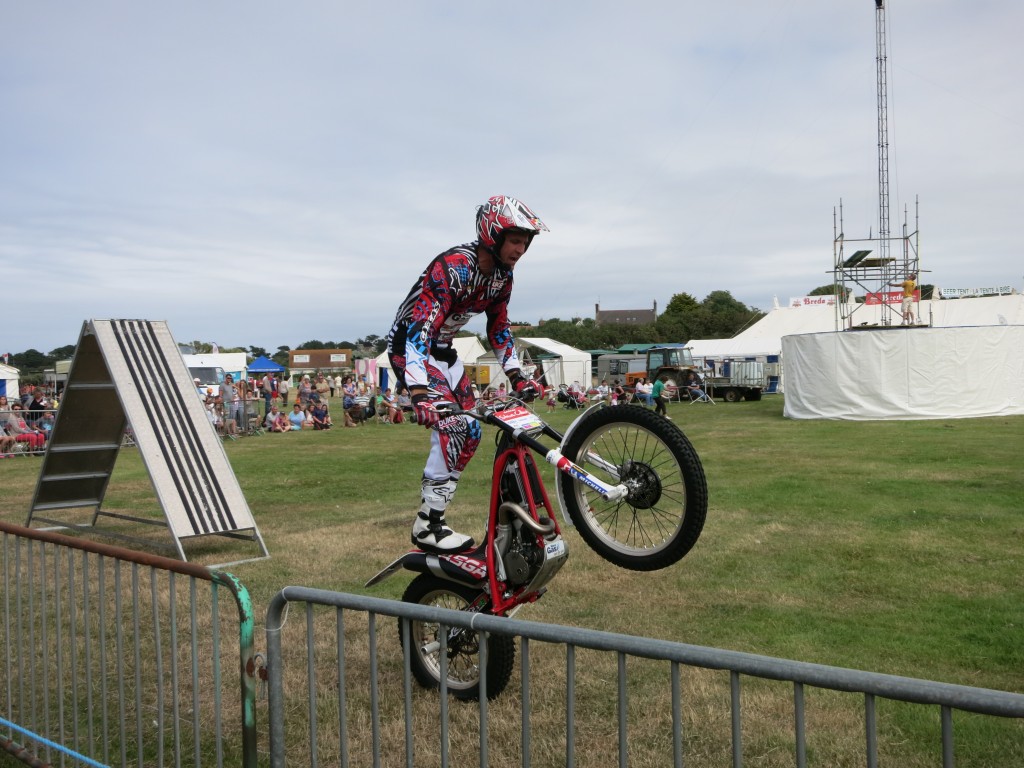 Just like at a county fair, there were events throughout the day.  While we were there, we saw a dog training demonstration, a motorcycle stunt rider, a musket and pike corps, and a diving show.

Of course, there was the usual array of food booths and tents, games, and carnival rides. A big tent held a craft sale, and a smaller one had used books. Lots of the tents were run by non-profits raising money for one cause or another. Some were local clubs or small businesses.

And through it all wandered locals of all ages and shapes and sizes, and especially lots of children running around filled with excitement about one thing or another.

There were some differences. At first it seemed jarring to the ear to hear British accents at what to me looked like a typical county fair. And a few other things were different.

But the feeling was the same: the special-day-out-with-the-kids sort of feeling. It was a local affair; almost all of the cars in the parking lot were from Guernsey.

And it was a slow affair. When the motorcycle demonstration ended, there was a wait until the musket and pike group came on, but people didn’t drift away. They stayed put and waited patiently, except for the children whinging to go on the helter skelter. In general, there was enough to keep everyone entertained, but no real need to keep everyone entertained every minute of the time.

And while my son and niece got bored, I could have stayed longer, just walking around watching the people and inspecting the crafts and produce that had been entered in the competitions. It felt comfortable. It felt friendly. It felt familiar. Even here on Guernsey.