These are the two words that kept popping into my head the whole time we were away last week: decadent and self-indulgent. Because that’s what we were, and enjoyed it tremendously, for the most part.

You see, we took a trip to the Red Sea coast in Egypt to practice our new hobby, scuba diving. It was magnificent. We had been there snorkeling before, but this just took it to a “whole-nother” level.

Last time we went there, for my 40th birthday, it was a “home-made” holiday: I booked a mom and pop hotel in Nuweiba via the internet and booked a flight to Israel, also via internet. We visited my relatives in Israel, then traveled down to Eilat by bus, walked across the border into Egypt and took a cab to the hotel.  It was right after the second Intifada started, so Egypt was absolutely starved for tourists. Most of that stretch of coast used to host Israelis most of all, but they had stopped visiting. We had the hotel virtually to ourselves and absolutely luxuriated there: they were so pleased that anyone was spending money there at all. We decided each day where we would snorkel, and took a cab there. We chose where we would eat our lunch and dinner each day, and paid for our meals as we went.

This time, we got lazy. I booked a package deal: flight, transfer to hotel and half-board (breakfast and dinner), all for one price. All I can say is that it’s a “whole-nother” way to travel, and to be honest, I don’t like it so much.

I don’t like the feeling of being prodded along like cattle to the slaughter. I don’t like when people feel like they have to arrange everything for me, as if I’m some sort of blithering idiot. I don’t like all-you-can-eat buffets, which make me feel even more like a cow being fattened for slaughter. I don’t like hearing the “animation team” trudging down the beach shouting “aqua-gym!” repeatedly at the top of their lungs every morning or getting accosted on the beach by salesmen trying to sign me up for a massage or a camel ride or a quad safari or a submarine tour. 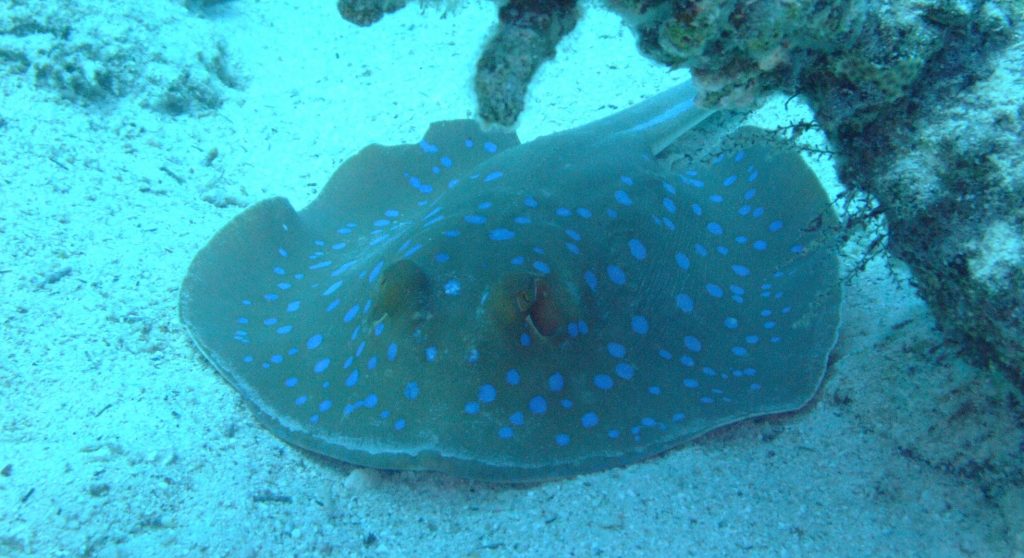 And yet, do I really have any cause for complaint? The fact is that all of these things I’m complaining about are the height of luxury. How many people in this world get to do something like this? How many people get to be catered to in so many ways so easily? These package trips are all about self-indulgence and decadence: being lazy and having everything done for you.

It’s also a fact that, when we go on individual (i.e. not package) trips, we feel somehow superior to those all-you-can-eat buffet cattle drive tourists. But are we? It’s just as decadent and self-indulgent either way!

But anyway, the diving was fantastic. This article includes a few pictures. Of course, being able to afford to go diving — taking the lessons, renting the equipment, taking a boat out to a reef, being guided by an instructor or divemaster, taking pictures with a brand-new camera in a brand-new underwater casing, enjoying a fresh-cooked lunch between dives (and far better than the buffet at the hotel!) — is another great example of decadence and self-indulgence, isn’t it? Ack.