“I’ll have a bagel with cream cheese and lox and a diet Coke.”

“Awesome! I’ll get it for you right away.”

This is a typical exchange with a server in a restaurant here in San Francisco. It’s also the same at a store.

But, really, what’s “awesome” about what I just said?

Americans are extremely good at customer service. Servers in restaurants and salespeople in shops I’ve visited this trip are, without exception, attentive and efficient and friendly.

The problem is: there is such a thing as too friendly. 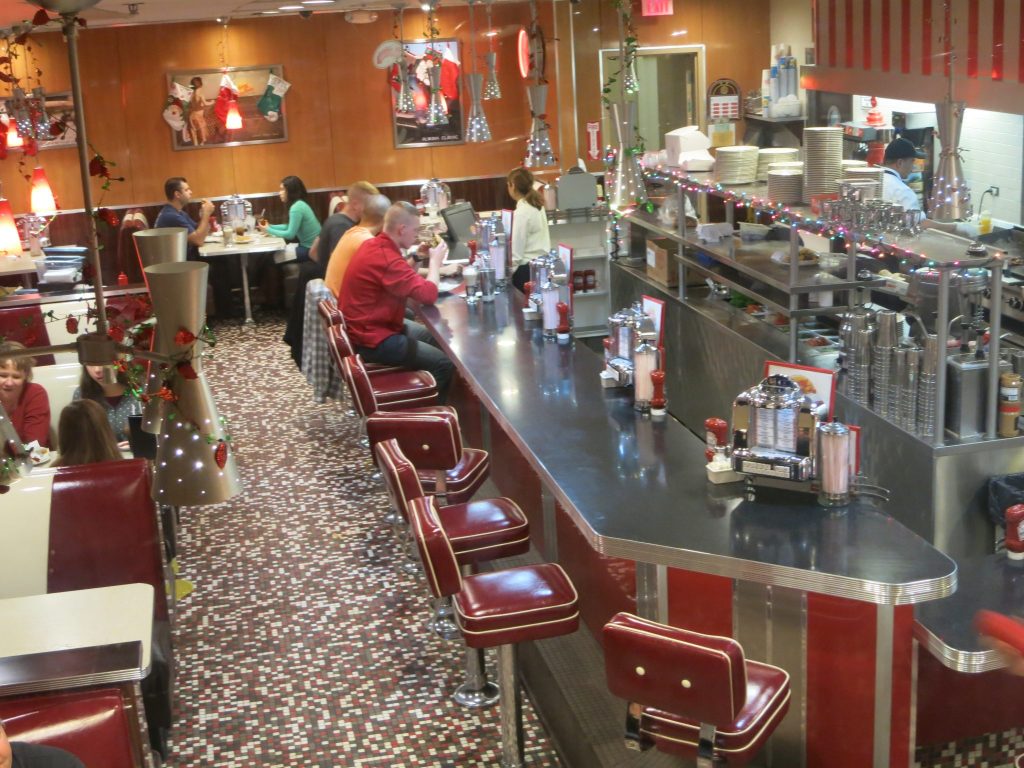 A Johnny Rocket’s: all retro-looking, with excellent customer service!

My daughter and I were staying a night in a hotel in Monterey. I went down to the reception to ask for some soap, which was missing from our hotel room’s bathroom. The receptionist handed me the soap.

“You’re so very welcome!” Imagine that this is said in the tone of voice used by a children’s television show host: high-pitched and singsong and directed at someone who’s under five years old.

When did “You’re welcome” (as said by an adult speaking to an adult) stop being enough?

Several times, upon paying a bill in a restaurant or shop, I’ve been told, “Thank you so very much!” Again, in that fake happy singsong voice.

When did “Thank you” stop being enough?

This is just getting annoying.

At the same time, I’m delighted at how well I’m catered to in shops and restaurants. When I told an employee at a Microsoft store that the battery life on my tablet was not very good, he immediately sat down to identify the problem, and then offered to replace the tablet entirely.

When I’m eating in a restaurant and I order something, it comes relatively quickly. When I ask for the bill, I don’t then need to wait long to get it. And I never have to do any of the exaggerated arm-waving that’s often necessary to get a waiter’s attention in the Netherlands.

In clothing stores, I am not expected to take the clothing I’ve tried on back to the rack I got it from. They have employees who do that for you. In many stores, a salesperson will go get you that other size you want to try on, or will make suggestions about what else you might want to consider. I love that.

Yet this sugary sweet politeness is really getting on my nerves. The other evening we had dinner at a chain called Johnny Rocket’s, which plays on nostalgia for the typical American diner food: hamburgers, shakes and fries, primarily. We were served by the most enthusiastic waiter yet. He kept proclaiming “Excellent!” and giving the thumbs up sign. 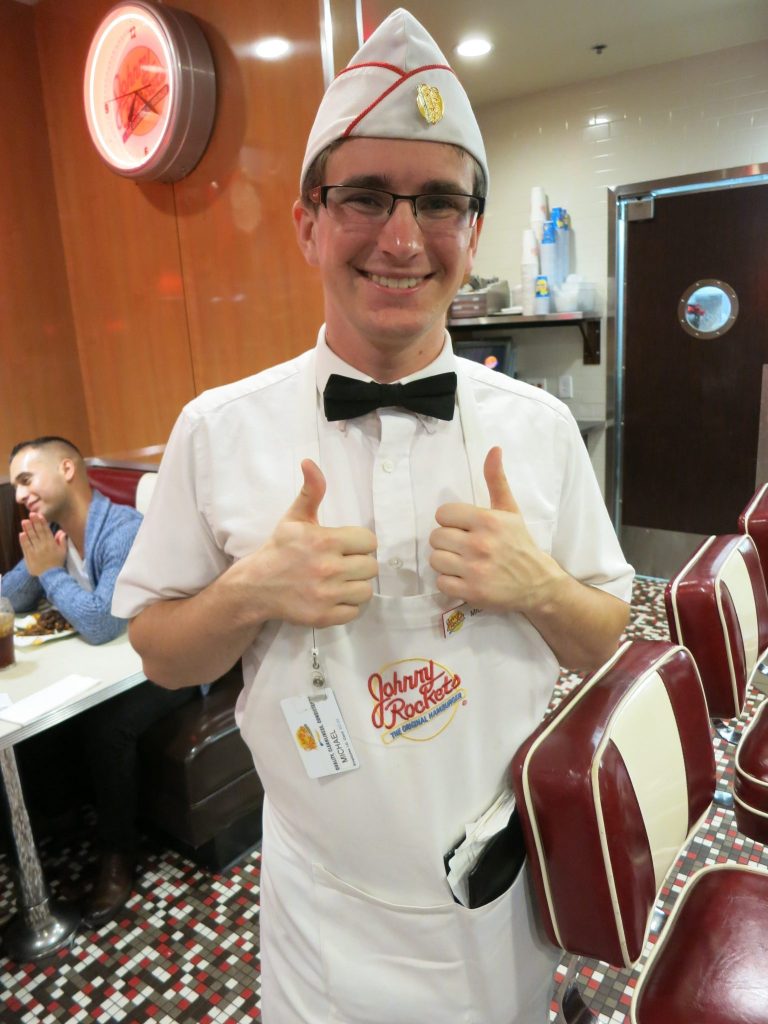 “Can I get you anything else?”

“No, just the bill please.”

Why is getting the bill excellent? Was he worried we wouldn’t pay it?