NOTE: This post is the second of two parts. The first is “Ruminations on an Auschwitz tour.” It would probably make more sense for you to start there.

I have some issues with how the tours of Auschwitz are conducted. I’m not criticizing the Krakow Shuttle’s conduct: their part of the tour was clear and efficient. Nor am I criticizing Lucasz, the tour guide; given the difficulties of the large crowds at Auschwitz I, he did a competent job.

I am criticizing how Auschwitz tours are organized at the Auschwitz-Birkenau Museum. The problem is the crowds. We visited on a Sunday, and Auschwitz I in general was ridiculously crowded. I understand that the idea is that as many people as possible should see Auschwitz: bearing witness is important, and learning about genocide should help prevent future genocides.

This was really extreme, though. I was supposed to be in a group of perhaps 15 people. The problem was that some large number of other groups were passing through the same barracks buildings at the same time.

We shuffled along in an unending stream of people. I often could only partially see the display cases because of the depth of the crowds. If I took the time to worm my way nearer, I lost sight of my group. Lukasz kept walking while I struggled to see and stay within earshot of him. His voice becoming crackly in the headphones was my signal that he’d moved one or more rooms ahead of me, so I would hurry up to avoid losing the group entirely. 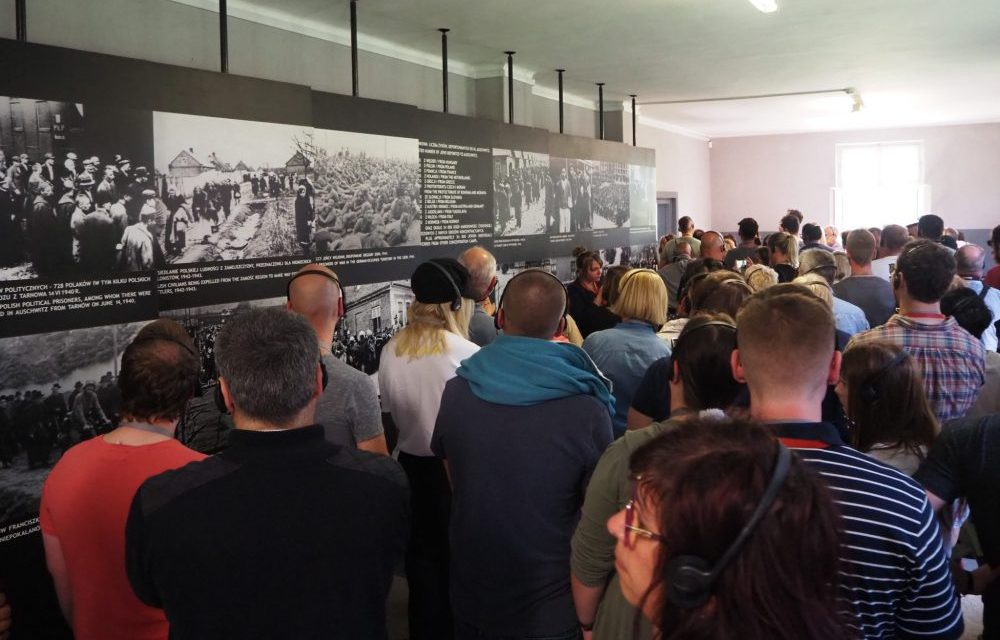 This is the only picture I took of the crowd, but you can see how very few of the people had a chance to take in the photos on display. I took this picture in the hopes of being able to zoom in and read the signs later, which only worked for the nearer ones in the top row. My guide was somewhere at the far end of the room; I couldn’t pick him or the rest of my group out of this crowd.

What I fear is that this crowding detracts from the effect of the items and information on view. If people are busy worrying about keeping up, or can’t hear what their guide is saying, they may miss the essentials of the experience.

And that’s the point of visiting: to get a visceral, emotional understanding of what happened there.

The organization that runs Auschwitz needs to do two things:

Another option would be to dictate routes through the barracks museums, in addition to timing entrances. There could be three or four different possible routes so that they wouldn’t impede each other. 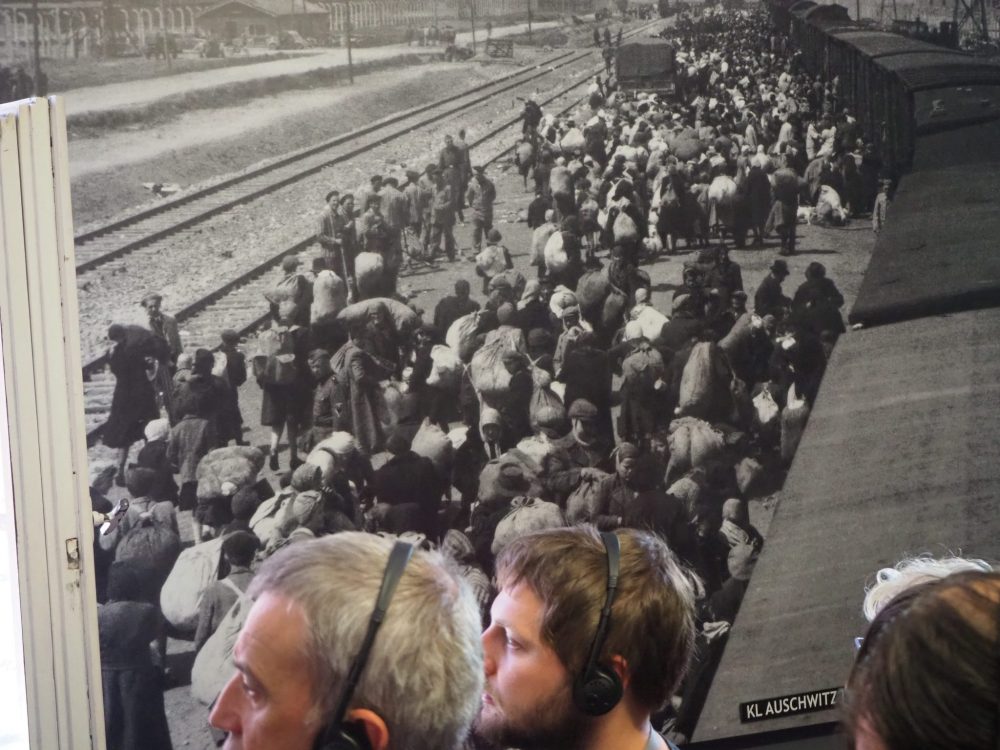 Visitors shuffle past a large photo of prisoners being off-loaded from the trains at Auschwitz.

I don’t feel like I can write about Auschwitz without discussing the new Polish law that regulates how we speak about Auschwitz, making it illegal to accuse “the Polish Nation of participation in, or responsibility for, communist or Nazi crimes.” Passed by the nationalist Law and Justice party that has gained power in Poland, it prohibits the use of phrases like “Polish death camp.” Instead, we have to call it a “Nazi death camp.” This “crime” is punishable by up to three years in jail.

When I mentioned the new law to a Polish member of our group visiting Auschwitz, he said “Three years isn’t enough.” I dropped the subject.

This emphasis on “It wasn’t our fault!” is disingenuous. Yes, the Nazis were responsible. They conceived of and built the camps. They planned and carried out the genocide. The camps are on Polish soil but were not their creation.

However, the new law ignores the fact that, while some Poles resisted the Nazis, some either acquiesced or actively collaborated. Take the village of Jedwabne, for example, where in 1941 Poles herded hundreds of Jews into a barn and set the barn on fire while the Nazis looked on. (See Stefan Zgliczynski’s article summarizing Poles’ complicity during the Holocaust.) A law that does not allow us to speak of this history strikes me as pretty Nazi-like in itself. 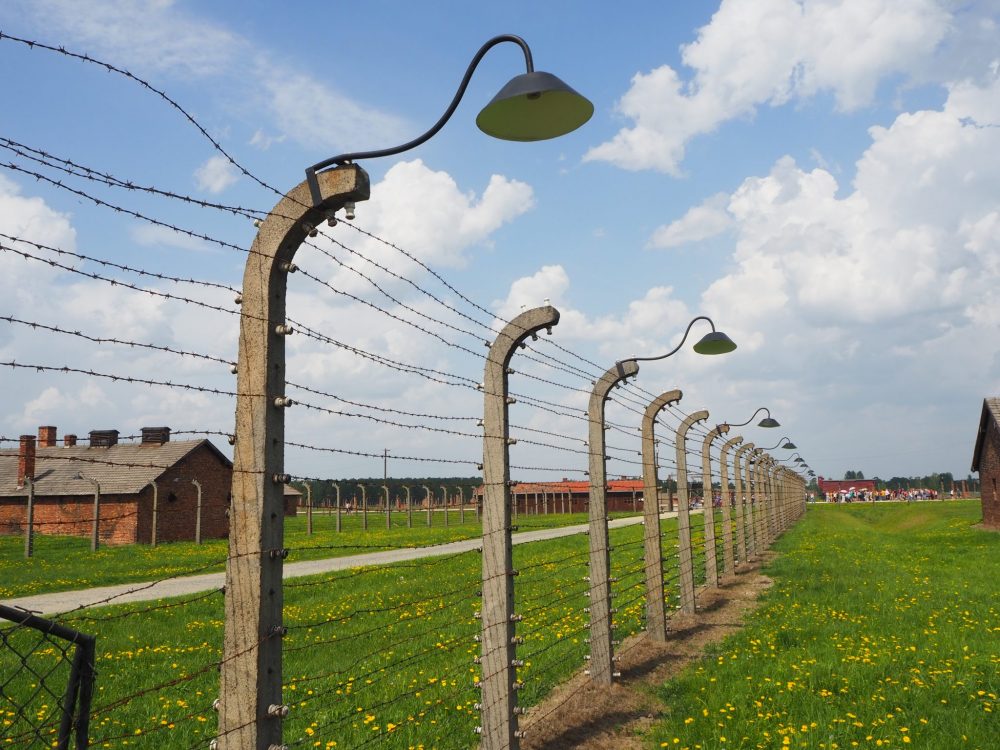 This denial of complicity is also happening in a country that even carried out “anti-Zionist” campaigns in the Communist era after the war, when few Jews remained in Poland. As a history major at Yale, I studied this period of Polish history. Immediately after the war, in the general anarchy of the Soviet takeover, many remaining or returning Jews were killed in individual attacks or pogroms. Sometimes this was due to anti-Communist feeling, conflated with the fact that some Jews from Russia settled in Poland after the war. Sometimes it was due to “blood libel,” the belief that Jews kidnapped Christian children in order to use their blood in rituals. The most famous of these pogroms based on blood libel happened in 1946 in Kielce, and frightened the remnants of Poland’s Jewish community enough that many left the country.

Later, the Soviet-controlled Polish government suppressed any rebirth of the Jewish community. In 1967, when Israel won the Arab-Israeli War, a series of show trials and dismissals of Jewish officials and the discovery of a supposed Zionist plot to take power was essentially a side effect of a power struggle within the government. (Anti-Semitism and Anti-Zionism in Historical Perspective).

When the 1968 student anti-government demonstrations in Warsaw broke out, a rise in nationalist feeling much like what is going on today in Poland scapegoated the Jewish community through an “anti-Zionist” campaign. Jews working in government, Jewish teachers, students and their parents, were ousted from their jobs. The purge spread to the army, the government and the Communist Party. This led about half of the remaining 30,000 Polish Jews to leave the country.

I’m not saying that how Poles have addressed their own wartime history is particularly worse than in other countries. Many other European countries honor their World War II resistance fighters while conveniently ignoring their collaborators. The difference here is that Poland now has a law forbidding people to speak about complicity. I fear the slippery slope, and what other statements will become illegal.

In just the last few days, more controversy has broken out in Poland about the tour guides at Auschwitz. Nationalists criticize the use of tour guides who are not Polish, even to the extent of a vandalism attack on the house of an Italian guide. The Nationalists fear that the non-Jewish Poles who died at Auschwitz will be left out of the story.

I can categorically state that this is not true. The museum exhibits report quite clearly that 1,100,000 Jews were killed, 140-150,000 Poles, 23,000 Roma, 15,000 prisoners of war from the Soviet Union, and 25,000 others. Our tour guide particularly told the story of the earliest people interned and killed there: Polish prisoners of war. The Nazis, in the first years of the camp, photographed their prisoners, and one of the barracks is lined with these stark photos, mostly non-Jewish Poles.

Given that so many more Jews were killed there (90-95% of those killed at Auschwitz-Birkenau were Jews), it makes sense that they would get more attention in recounting the story, but the non-Jewish Poles are certainly not ignored.

While I feared a biased approach, given my general knowledge of anti-Semitism in Poland, what I heard was a balanced, respectful, factual recounting. Kudos to the museum and to Lucasz for keeping their integrity in the face of sometimes violent nationalistic pressure. 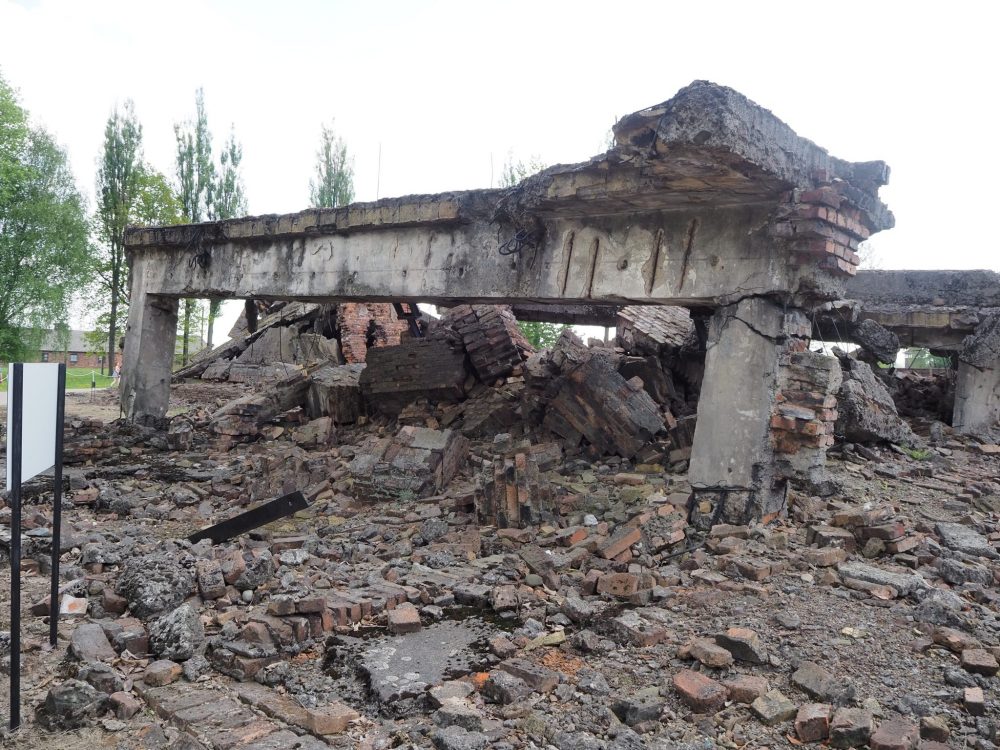 The Nazis reduced the gas chambers and ovens to rubble at Auschwitz II in the last days of the war.

You can visit Auschwitz-Birkenau individually or with a group. If you go as an individual, reserve a ticket for free at visit.auschwitz.org. You can join a group tour when you reserve (about €10 or $15), or else explore it on your own. If it’s a busy time, you might not get a ticket if you just show up.

To get there without a tour, either drive or take a train or bus. A bus is more direct, since you can take one from Krakow bus station straight to the entrance. Otherwise, take a train to Oświęcim and then either walk the two kilometers to the camp or take a local bus. You’ll then need to walk the three kilometers from Auschwitz I to Birkenau, or else take the museum’s shuttle bus.

The easiest way to get to Auschwitz is with a tour, which will cost about €35-40 or $40-45. Krakow Shuttle did a good job for us (Disclosure: I got the tour for free as a blogger.), but there are other companies offering similar tours. They arrange the entrance tickets for you, and they drive you from Auschwitz I to Birkenau. You might get other individual tourists added to your group when you arrive, since the museum arranges the tours inside the camp.

I might have preferred to visit Auschwitz on my own. It would have allowed me to take my time, absorbing the museum at my own speed. I would have been able to take breaks, standing outside, surrounded by the springtime green, escaping the pressure of the crowds for a few moments. On the other hand, perhaps it was good that I was rushed along. It muted the effect of the horrible things I was seeing, or rather shortened my exposure. It allowed me, most of the time, to keep the heavy green lump contained. Make your own judgment about which would be better for you.

Hours vary depending on time of year. It opens at 7:30 every day except for January 1, December 25 and Easter Sunday. In the summer it’s open until 19:00, but at other times of year it closes earlier. Check the museum’s website for information.

Some advice for your tour of Auschwitz: 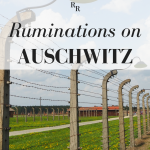 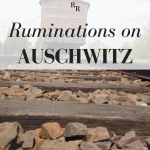 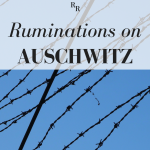